July 22 2015
17
The text below is a logical continuation of the article “World or civil? ”Some of its moments caused questions from readers, so it makes sense to create some expansion of the topic in explaining what, in fact, is the crisis of the American way of development. 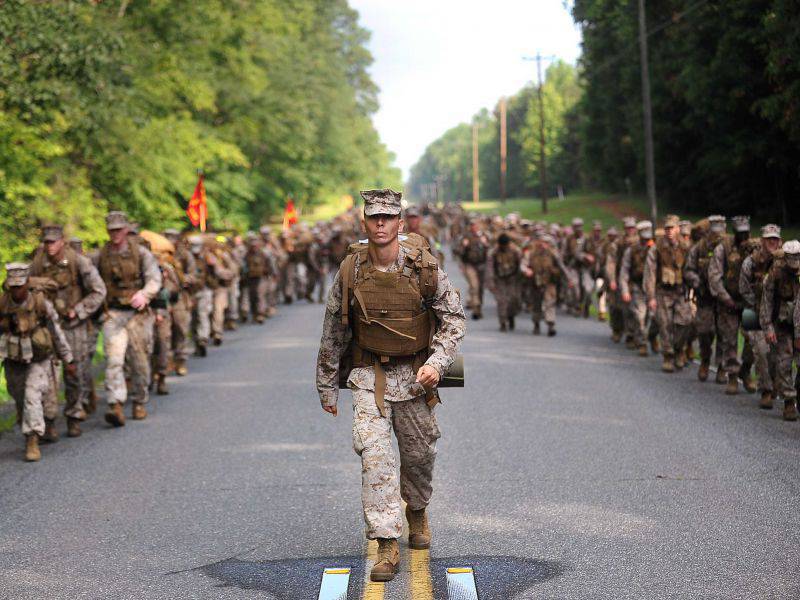 Today, American politicians and observers are talking directly about reducing the role of the United States in the world. It would seem - why so? The numerous and high-tech fleet of the United States fully dominates all oceans. The dollar is strong - especially against the background of cataclysms connected with Europe, Japan and China. Major internal unrest has not yet been observed.

But the crisis really is - it is a crisis of management. When representatives of clans of the next Kennedy, Bush or Clinton are sitting in high positions for decades. Such a new nobility, when only the first generation has outstanding achievements, and the descendants at best show only a pale shadow of the past. The collapse of many great countries from the Golden Horde to the Soviet Union began with the degradation of the elite. That is, the economy is still functioning, the army is strong, and the discord is already evident. But the elite, as a rule, does not notice the destructive process. Either notices, but nothing can or does not want to do. Only a truly wise politician can see such a crisis in advance.

The bottom line is that the modern American model of management can demonstrate the highest efficiency only when the whole world is burning with the fire of wars and crises. In conditions of calm and relatively fair competition, it turns out that America is far from being the most attractive country. High taxes, low social guarantees, ethnic crime, and many other points force qualified professionals and investors to increasingly choose the countries of Europe or even Asia, but not the USA. Absurd, if you think about it - to concede to your own satellites, on whose politics and economics you have a decisive influence. However a fact.

Losing in a fair competition (with a tangible advantage), Washington decided to dishonest. And the more acute the domestic political issues are within the United States, the more desperate the White House will behave in the international arena, deciding on the most insane adventures. According to the old American tradition, such provocations usually occur with ships. Cruiser “Maine” (war with Spain), Atlantic liner “Lusitania” (World War I), Pacific Fleet in Hawaii (World War II), Tonkin Incident (invasion of Vietnam) and others. In all these cases, the enemy is either provoked to attack, or some kind of event takes place, in which the other side is accused.

In 2000, a ship was also chosen for the attack. Specifically - the destroyer class "Arly Burke" USS Cole ("Cole"), which was attacked in the port of Aden by two suicide bombers on a motorboat. The explosion killed 17 sailors, and the ship kept afloat - obviously not enough to cause the necessary shock in American society. Something more ambitious was required. Or the sinking of a whole aircraft carrier or the explosion of a whole skyscraper. The number of casualties in both cases would be the same - several thousand - but the aircraft carrier is too expensive, complicated, and there are already too many skyscrapers.

Actually, it’s not even a non-original method of provocation, but how it was used. As in the case of Vietnam, a model for creating an excuse was chosen, followed by a military invasion ... But the next military campaign no longer expanded the spheres of influence. Neither in Vietnam, nor in Iraq with Afghanistan. Rather the opposite. Also, the war no longer brought streams of wealth - only endless losses and expenses. It was here that the American strategists should have realized that the old patterns of behavior no longer work, but they continue to be used with a stubbornness worthy of a better use.

There is also a psychological point that the American elite and its highly paid analysts did not calculate. In a world where the Internet brings new sensations every day, it is no longer enough to surprise anyone with yet another banal act of terrorism or shelling, let alone raise a nation to fight the enemy. If a hundred and twenty years ago, in order to create a wave of indignation in American society, one cruiser was sinking, today for a similar effect, you need to destroy about fifty such ships at a time. So here's your dead end.

The arrival of President Obama’s White House was an attempt to dilute the kaleidoscope of the same persons and names. And at the same time announce the final victory over racial prejudice. But in the end, with black Obama, the result was worse than with the white bush. We will not dwell on what specifically the first African-American president did wrong in domestic politics, but both black and white citizens were dissatisfied with them as a result: all, naturally, for various reasons. Obama's recent curtsy to the LGBT community seems almost the last chance to improve the rating.

Obama and his team today are reminiscent of Alexander II, who wanted to carry out reforms that would satisfy all sectors of society, but in the end everyone just pissed off and turned against himself. Obama offered nothing revolutionary, and his successor is unlikely to offer it. As none of them can answer simple questions. For example, to the following: why did the powerful army, which at one time occupied both Western Europe and part of Asia, now not be able to cope with Iraq and Afghanistan?

With such initial data, it is a bit scary to imagine who the next president of the United States might be and what recklessness he will agree to go to correct the situation. After all, both Bush and Obama, by their frankly inadequate actions, have already shaken the trust in the federal government. Everyone loves the winners, but so far no victories on the external front are visible, and on the internal, the States are increasingly drifting towards the dictatorship. So there is a crisis. He has not yet taken the explicit forms, but there has been very clearly.

The next US president will have to go out of their way to prove that he is better than his predecessors. That is, to present the public with either stable economic growth or loud foreign policy victories. Obama at one time put the public head of bin Laden. The current candidates explicitly state that they are ready to show voters at least Bashar al-Assad’s head, at most Vladimir Putin. What can the whole world lead to such statements, no need to explain. Especially if the actors expressing them and the truth believe that they are capable of it. Elections are scheduled for November 8 2016.

Total. At some stage, any system ceases to respond to the challenges of time, and then falls into complete madness, destroying everything around them. This is true for Russia, as well as for Japan, Germany, China and anyone. This postulate is also fully valid for the United States, although the American ideologists themselves reject it in every way, claiming that their union has reached the highest form of government. However, the rush preparation of a network of concentration camps across the country directly indicates that at least part of the elite is well aware not only of the fact that any holiday ends sometime, but also of the specific dates for its completion.