Right-wing radicals are preparing an anti-government rally in Kiev under the slogan "Down with the power of traitors!"

July 19 2015
43
The leadership of the Right Sector association, banned in the Russian Federation, appointed a popular assembly on Tuesday, 21 July, in the center of Kiev, RIA News message posted on the PS website. 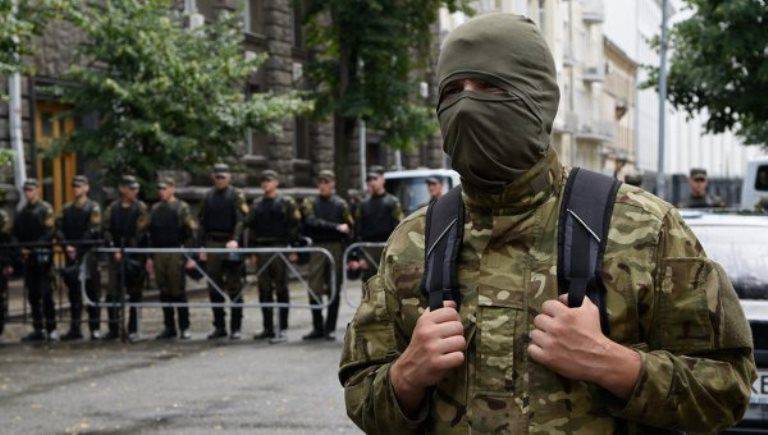 Earlier, the radicals announced the termination of the indefinite protest outside the building of the Ukrainian administration and the All-Ukrainian Council on Sunday (July 19). Now here we are informed about the meeting of the 21 number.

"July 21 in 19.00 (the time coincides with Moscow time) in Kiev on Independence Square will be held the people's assembly" Down with the traitors! ", Which organizes the military-political movement" Right Sector ""- said in a statement.

We remind you that in recent days the radicals held a series of protest actions throughout Ukraine, including indefinite near the presidential administration. Among the main requirements of the protesters - the resignation of the post of Interior Minister Avakov. Later, the leader of the "PS" Dmitry Yarosh said it was time to demand the resignation of the Poroshenko.