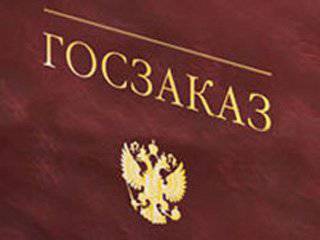 “This structure will again be allocated money, buildings, they will begin to settle at the expense of public money and, ultimately, they will probably immediately begin to steal,” said Maxim Shishkin, chairman of the Union of Suppliers of State Order, to the VIEW newspaper. So he responded to the proposal to create a separate government procurement control agency.


The Chairman of the Accounts Chamber of Russia, Sergei Stepashin, proposed the creation of a separate government procurement monitoring agency based on the Federal Service for Financial and Budgetary Supervision (Rosfinnadzor).

“Maybe I’m not entering into my field of activity, but now let's think about creating a procurement control agency, like in the States. To do this on the basis of the Rosfinnadzor, ”said Stepashin on Tuesday.

The official’s logic comes from the fact that 7, thousands of good specialists, are working in Rosfinnadzor who could control this area after the law on the federal contract system (FCC) comes into force.

Earlier, on October 11, Russian President Dmitry Medvedev instructed the government to prepare proposals for creating a new structure or empowering existing departments to assess the validity and effectiveness of public procurement within a month.

The reason for this assignment was the fact that now no one in the country controls the economic efficiency of public procurement, since no one has such authority. According to the head of the presidential control department, Konstantin Chuichenko, there are frequent cases of purchasing legally the same goods at prices that differ by tens of percent from each other.

“Currently, if money is stolen, no one is responsible for it.”

Maxim Shishkin, chairman of the Union of Suppliers of the State Order told the newspaper VZGLYAD about how things really are with state procurement control.

VIEW: Sergei Stepashin, Chairman of the Accounts Chamber of Russia, proposed to create a separate government procurement monitoring agency based on the Federal Financial Supervision Agency. How hard should such a control be?

Maxim Shishkin: Control is the only thing that can save a country from corruption. The point is not even in legislation. For example, in Belarus there is no law on tenders at all. There is a small presidential decree. But there is a strict control over the expenses of every penny from the state treasury.

Imperfect legislation and lack of control lead to global corruption.

VIEW: Earlier it was proposed to transfer control over the state order to the FAS. In your opinion, is this logical?

M.Sh .: The FAS controls only the order procedure itself: whether the tender documentation was prepared correctly, the number of participants.

The law itself does not state that the FAS should control public procurement. If the official announces a tender for the purchase of plumbing from gold, in this case, the FAS will not be able to do anything. The power of FAS is somewhat exaggerated. If we are talking about corruption and waste of funds, then the FAS here can not do anything.

VIEW: Then who should control?

VIEW: What do the laws say about this? Is the same Accounting Chamber can not control public procurement?

M.SH .: A paradoxical situation has developed, because the laws on control are rather severe and serious. We have, for example, articles of the Criminal Code, providing for up to 5 years of imprisonment for restricting competition in the auction. But we have such violations occur daily on 10 pieces. If the law worked, then our officials would have long been sitting, as in Belarus. Everything is simple there: if an official there stole 300 dollars, he will immediately go to jail.

We have a lot of regulatory bodies - the control and revision department of the Ministry of Finance, the Chamber of Accounts, the Ministry of Internal Affairs for economic crimes. You just have to make the scheme work. If the whole scheme worked, then the officials would receive three life terms if the procedure of public procurement was violated.

VIEW: That is, the new structure is not needed at all?

M.Sh .: From my point of view, new structures are not needed, because in this case we are on the path of reproduction of bureaucratic structures. This structure will again be allocated money, buildings, they will begin to settle at the expense of the people's money and, eventually, they will probably immediately begin to steal.

We need a very small number of regulatory agencies, but which would be extremely honest. In the end, we have a prosecutor's office, because no one has yet canceled prosecution checks. For corruption to disappear, two calls from the president are enough: one to the control and accounting chamber, the second to the Ministry of Internal Affairs. The president should say: “Start to control the state order”. And that's all. Now nobody is in control.

VIEW: Very strange. In fact, it turns out that the fight against corruption has been declared, and in fact there are not even tools for that.

M.SH .: Currently, if money is stolen, no one is responsible for it. I can give a generalized example of what I saw.

The official announces an insanely expensive competition, where the sum of the estimate is three times higher than the real prices. He announces a contest and makes his man win, since he simply does not allow the rest to the contest. Naturally, the remaining 2 / 3 amount he takes himself. Supervising bodies write letters to the stolen official. Within two to three weeks, there is an active correspondence, then enthusiasm dries out - that's all. This is all over. Then the official will say: “Oh, I had such a problem here. For three weeks we unsubscribed from the prosecutor's office and, of course, unsubscribed. ” This phrase is uttered by thousands of officials in our country. No one really comes to him and will not initiate a criminal case, and certainly not plant him.

We are in Yandex Zen
Financial and political secrets of Oleg Pyagnibok and Vitaly Klitschko
Did Russians start returning to Chechnya?
4 comments
Information
Dear reader, to leave comments on the publication, you must to register.