Political NGOs with American and British funding in St. Petersburg

24 2015 June
13
The environment of Russian human rights activists is vast and diverse. But diversity in many respects remains only external. The number of human rights non-profit organizations that provide real free legal support to Russian citizens is literally buried in the swamp of NGOs, which have very little to do with real legal protection. At the same time, often (very often) the essence of the “human rights” activity of such NPOs comes down to discrediting Russia in the international arena, and the NPOs themselves are found to be (de facto) belonging to a peculiar acne rash in the form of foreign agents. Taking into account the fact that Russia is still overcoming the crisis of adolescence, this rash leaves visible marks on the face of the country.


In the list of “human rights” structures conducting specific activities in Russia, its place is held by the autonomous non-profit organization Human Rights Resourses Center (HRRC) of the city of St. Petersburg. The stated goals and objectives of this NPO are, of course, good. The HRRC website talks about what the organization does:

Provides legal assistance to NGOs and initiative groups in conducting inspections (including unscheduled) by the Justice Ministry, the prosecutor's office, and other state bodies on various issues - from violation of certain legal norms by NGOs to attempts to include NGOs in the register of foreign agents.
The structure is really trying to “secure” all sorts of NCO-foreign agents from being recognized as foreign agents. 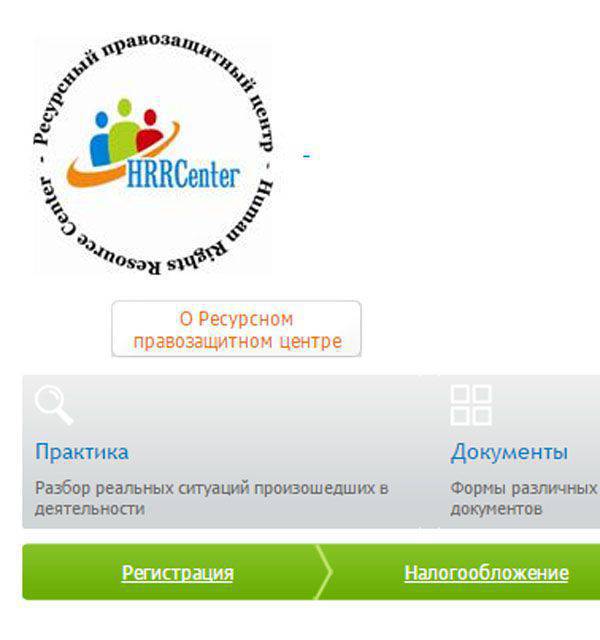 It's all? Not really. HRRC has a rich "human rights" history The work is structured in such a way that its permanent leader, Maria Alexandrovna Kanevskaya, together with her fellow human rights defenders, has long been entrenched in influencing public opinion by receiving grants from foreign sponsors. 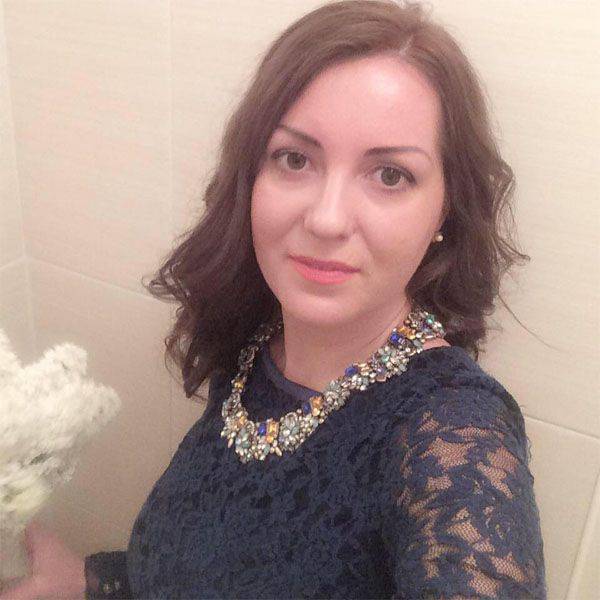 The Ministry of Justice of the Russian Federation included the St. Petersburg HRRC in the list of foreign agents by publishing sources of funding for this NPO. It is noted that the main grantor of the Resource Human Rights Center, Ms. Kanevskaya, is the NED organization, the National Endowment for Democracy Foundation (USA). At one time about the activities of the NED published material in the newspaper "News".

This organization is very interesting. In the 2014 year alone, NED, which sponsored various color revolutions, sent over 10 million dollars worth of 9 million to Russian human rights advocates, increasing the funding of frankly anti-Russian projects with 16% over the past year. The nature of the activities of the American Foundation and the focus of its work can be judged at least by the fact that it is leading the NED, which launches its hands into the social and political life of the Northern capital, Nadia Duke. The person is quite famous - a teacher of Soviet and Russian history at Oxford University. 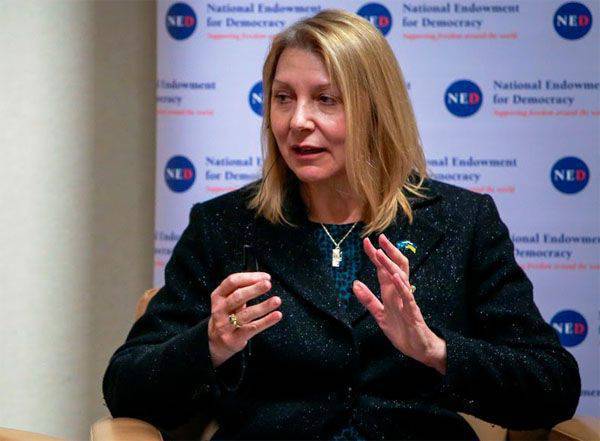 You can understand on what basis the history of the USSR and Russia, Ms. Duke, can be understood by becoming acquainted with the information that Duke is from a family with deep anti-Russian roots, who settled away from the "bloody regime" at one time. Nadi’s father — Petr (Petro) Duke (the relationship became known from the material british newspaper). Petro Duke is a representative of the Ukrainian Insurgent Army (UPA), whose name can be found, for example, in the London branch of the Union of Officers of Ukraine and the Union of Ukrainians of Great Britain.

Thus, the foreign fund NED, which is run by the daughter of a Nazi criminal of the Second World War, provides financial assistance to the St. Petersburg NGO Human Rights Resourses Center (and not only him; the press repeatedly reported on the financing of the NED Foundation “Committee of Soldiers' Mothers”, “Memorial” and others), and the Human Rights Resourses Center, in turn, “provides assistance” to Russian citizens, “faced with legal problems.”

ANO Resource Human Rights Center, receiving funding from the American Foundation, reacted painfully to the fact that the Ministry of Justice secured the status of a foreign agent for this NGO. Maria Kanevskaya burst out in an angry report with the saying title “Foreign agents”: mythical enemies and real losses of Russian society. ”

Russia uses the positive experience of civilized, democratic states in ensuring its own security (this draft law was prepared by analogy with the US law on registration of foreign agents 1938 of the year). The law creates the conditions for openness, transparency of the functioning of NGOs with foreign participation, as well as an effective mechanism of civilian control in this area. Citizens have the right to know whose interests the organization really represents, which positions itself as a structure for the legal protection of citizens.

Without disproving the fact of receiving funds from the American NED foundation, the HRRC (St. Petersburg) declares some pressure on NGOs from the state, adding that it is allegedly “impossible to work” under such conditions. In what conditions? Is the publication of the truth that the money for human rights activities come from the United States - is it so impracticable for the “Resource Human Rights Center” conditions?
Back in January, Voice of America published the article “Human rights activists are trying to resist the pressure of the Russian authorities.”

The director of the autonomous non-profit organization Resource Human Rights Center, Maria Kanevskaya, in turn, stated the need to seek to repeal the law itself on “foreign agents”. Kanevskaya believes that this law does not work - "because non-profit organizations do not engage in political activities." In other words, NPOs entered into the register of “foreign agents” do not participate in elections and do not fight for power.

The participants of the Resource Human Rights Center refused any discussions of the current Russian legislation, stopped criticizing it and making proposals for changes in regulatory acts, and declined to comment on this topic. “Thus, we stopped forming public opinion regarding the policies pursued in the state. That is, they tried to protect themselves in all possible ways, ”says Maria Kanevskaya.

Even from these two paragraphs of the Voice of America material it becomes clear that HRRC is used to being cunning. At first, Kanevskaya stated that NGOs not included in the list of foreign agents do not engage in political activities, and then “refused any discussion of the current Russian legislation, stopped criticizing him, (...) tried to protect themselves ...” So it means that at the time of adoption of the law NGOs after all, they were engaged in political activities, and only the law on NGO-agents revealed the political activity of the same HRRC of St. Petersburg. Opened so that Kanevskaya announced the termination of the activities of the Resource Human Rights Center. At the same time, the term “cessation of activity” can be quoted completely, as the de facto activity in a certain segment continues.

Does this mean that it is fundamentally important for HRRC activities in St. Petersburg that the Russians are not aware of the organization’s funding through a fund headed by the daughter of a Nazi criminal and directing American lobbyists' funds to artificially create the Russian political crisis? If this is important, we can say that all questions about the effectiveness of work from the point of view of real legal protection of the population of the Russian Federation "Resource Human Rights Center" are removed - with Kanevskaya and its center everything is clear ... The organization clearly worked on the principle "the one who pays the most, orders music ”And hardly kept in mind questions about the actual development of the legal system of Russia for the benefit of the development of the state and society. But she kept in mind how, receiving funds from various sources, to improve her own well-being. It is also related to the issue of the “non-commercial” activity of the organization.

Petersburg Channel Five In the program, Nicky Strizhik spoke excellently about the self-serving activities of the Resource Human Rights Center Maria Kanevskaya (material from YouTube from 19 May 2015) (from 5: 35):

Ctrl Enter
Noticed oshЫbku Highlight text and press. Ctrl + Enter
We are
Raising the retirement age. Forced measure for the development of the economy or a threat to the social order of the country?Basic training program for Navy SEALs and the US Navy SEAL and Army Special Forces
Military Reviewin Yandex News
Military Reviewin Google News
13 comments
Information
Dear reader, to leave comments on the publication, you must sign in.