EAEU - the road to the future 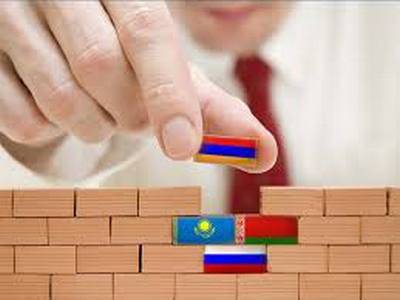 In Kazakhstan, a council of heads of CIS governments was held. According to Russian Prime Minister Dmitry Medvedev, the council discussed approaches to economic cooperation with key partners of the Eurasian Economic Union for the medium term. One of the main News The meeting was the signing between the EAEU and Vietnam of the Free Trade Agreement. According to Dmitry Medvedev, the EAEU will conclude similar agreements with other countries.

One of the main news that came from the current meeting of the Eurasian Intergovernmental Council was the news of the signing of the Free Trade Agreement between the EEU and Vietnam.

The first agreement of the EEU with Vietnam on a free trade zone opens the way for the union to prepare similar agreements with other states, in particular, with the countries of the Asia-Pacific region. This was stated by Dmitry Medvedev on June 1 at a meeting with deputy prime ministers, reports RIA News".

“This is the most serious event, in my opinion, not only for our countries and Vietnam, but simply opens the way for the Eurasian Economic Union to prepare similar agreements on preferential trade and investment with other states, including the states of the Asia-Pacific region,” D. Medvedev.

"Russian newspaper" Recalls that, in addition to the Agreement, the heads of government of Russia and Vietnam signed two protocols to it. But this is not all: the parties agreed on granting Viet Nam the most favored regime for Russian service providers and investors.

“This is the first agreement of this kind, but obviously not the last,” said D. Medvedev. - At the moment, about forty states have spoken in favor of holding negotiations on concluding such agreements. Naturally, we will treat them as carefully as possible so that these agreements will be useful for our countries. ”

According to Viktor Khristenko, chairman of the board of the Eurasian Economic Commission, the signed Agreement will provide the specified trade regime for more than 90% of commodity items. For half of the goods, the resetting of duties occurs from the entry into force of the agreement; for the rest - after a short transition period.

“Considering the structures of our economies, which complement each other, I think that this agreement will contribute to the development of all our states, and will contribute to the expansion of cooperation in the region. Vietnam, being an active member of ASEAN, will make every effort so that the EAEU expands its cooperation with ASEAN, ”Viet Nam’s Prime Minister Nguyen Tan Dung quoted RG as saying.

Dmitry Medvedev proposed holding meetings of the Eurasian Intergovernmental Council as needed and said about the “high start”: “That is, we took a fairly high start. And in principle, I would like to confirm from the Russian side that if circumstances demand, especially at the initial stage of our relations, it would be right for us not to slow down and just meet as needed. ” In addition, the Russian prime minister recalled the existence of other interaction mechanisms. “But if we need it, we can also meet at the level of the intergovernmental commission, at the level of heads of government, in order to resolve issues promptly,” the newspaper quotes him. "Sight".

The 1 of June at the International Multimedia Press Center was held a Moscow-Astana video bridge on the topic “Integration processes in the CIS and the EAEU: results of meetings in Kazakhstan”. During the event, reports MIA "Russia Today"The results of the meetings of the heads of government were summed up, the role of Russia and Kazakhstan in deepening the integration processes and bilateral cooperation in a number of areas was discussed.

In Astana, the event was attended by a researcher at the Economic Research Department of the Kazakhstan Institute for Strategic Studies under the President of the Republic of Kazakhstan, Evgeny Hon.

Of course, one of the topics for discussion was Vietnam. “He opened the doors to other countries,” political scientist Sergei Mikheyev quotes. Utro.ru.

Interesting tabs led by Alexander Gusev: “There will be a reset of duties for Vietnam and for other countries of the EAEU, the Union has expanded to six states and 180 millions of consumers. And the state is self-sufficient when the total number of consumers exceeds 200 million people. ”

At the same time, there was a place for skepticism regarding the union. The growth of the EAEU can be minimized, and the structure will become a “dead” organization. The expert believes that this can be done at the initiative of Russia because of the pressure of China (he has his own plans for the republics of the former USSR).

“We are still going in small steps, because there are many skeptics,” Gusev quotes Utro.ru. - Some believe that by creating the EEU, we are opposing ourselves to China, which has developed the “Silk Road Belt”. And somewhere the interests of Russia and China will collide at the point of bifurcation. ”

Gusev himself, however, is not skeptical about the prospects of the EEAC. He believes that the collision "will not happen": "Moreover, I believe that the vector is equally directed to taking into account those interests that China and the EEU countries have. Therefore, there will be an overlapping of interests, not clashing. ”

An example of such an overlay is Kazakhstan. The latter has already allocated 40 billions of dollars to integrate Kazakhstan with China. But, after all, Kazakhstan did not refuse to participate in the EAEU: he is an active member of the EAEU and “an active participant in the Chinese program.”

As for skeptics, they say that the EEU may entail significant risks for the shaky Russian economy. In this regard, Gusev points out: Russia will have to make cash injections in the economies of Armenia and Kyrgyzstan, “in order to bring them to a common denominator”.

How profitable is cooperation between Russia and the EEU with Vietnam?

In essence, let us add on our own, Vietnam became the first spring swallow, which speaks of Russia's intention and generally follow the concept of free trade between states. This is confirmed by the recent statement by the Minister of Trade of the Eurasian Economic Commission, Andrei Slepnev.

“This shows that we are moving in the trend of processes in world trade. If all the initiatives that exist in the world are implemented, then in five or six years to 60%, and some experts believe that even up to 80%, all world trade will be carried out under the free trade regime against 25% now, he quotes Interfax. - Thus, the WTO becomes a necessary, but not sufficient condition - most of all world trade will go in the mode of free trade. This is such a brand new challenge. We have joined the WTO for 18 years, but now we understand that our export ambitions can be realized only if we are in the concept of a new international trade model. ”

According to Comrade Slepnev, the FTA agreement with Vietnam will enter into force sixty days after the ratification of the document in all EEU countries and in Vietnam. The agreement will open before the business of the EAEU countries “favorable opportunities to start supplying the Vietnamese market with a capacity of about 90 million, and, in addition, developing cooperative production in Vietnam, to enter the markets of other ASEAN countries and the Asian region as a whole”

In conclusion, we recall that at the end of last year, Vladimir Putin, following a meeting with the Secretary General of the Central Committee of the Communist Party of Vietnam, Nguyen Phu Chong, said that the volume of trade between the two countries will increase up to ten billion dollars a year. In 2013, the turnover reached almost 3,66 billion dollars, in 2014-m - 4 billion dollars.

Undoubtedly, the free trade regime in the framework of the EAEU will give impetus to the mutual cooperation of Russia and Vietnam.