China, if desired, can disrupt the production of high-tech military products in the US 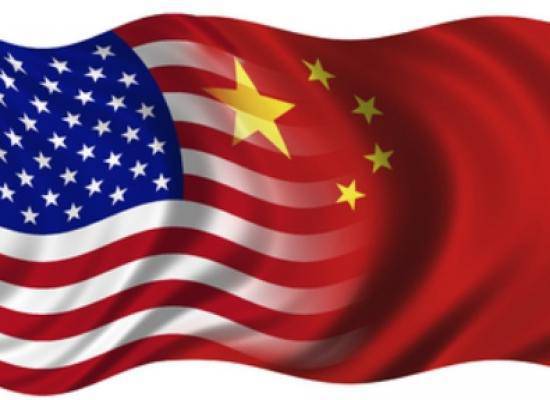 In its new report, the Pentagon informed Congress that the US military industry was in a “critical dependence” on imports of Chinese rare earth metals and recommends finding alternative supply channels. These metals are used for the production of high-tech military products.


This is a group of rare-earth metals from 17 species with unique magnetic properties, which are vital for the production of high-tech products ranging from smartphones and ending with hybrid batteries for cars. These elements are also of great importance for the production of high-tech military products, including high-precision guided bombs and modern fighters, night vision goggles and laser designators.

China produces 95% of the total world volume of rare earth oxides. In the United States, Chinese products of this kind occupy almost monopoly positions, and in Washington they have raised the alarm that since last year Beijing has been moving towards the introduction of export quotas for their deliveries. The Pentagon report states that "it is very important that the United States does not depend on China in this strategically important area of ​​imports."

Last year, the US Department of Defense launched a comprehensive study to examine the country's national security potential on dependence on the import of rare earth metals. But this study has not been made public. The latest report notes that the Pentagon has made some efforts to identify US companies that could be involved in the process of converting rare earth oxides to metals. It is also reported that the Pentagon has predicted the possible consequences associated with interruptions in the supply of such elements.

In the report, the Pentagon proposes several recommendations to Congress to reduce dependence on imports of these metals. Among other things, it is recommended to start developing strategic reserves of these raw materials in the United States with a priority in supplying them primarily with the military industry. The most important are such metals as dysprosium, yttrium, praseodymium and neodymium.

Some of the recommendations of the report were sent to the Center for a New American Security, which has close ties with the administration of the US president, for study. This year, the Center made a report where it called on the government to seriously consider the possible negative consequences in this area of ​​imports. Report author Christine Christine Pafoumour (Christine Parthemore) concludes that China’s dominance in the global market for rare earth metals gives this country "incredible leverage over the rest of the world." Staff thinker Will Rogers (Will Rogers) said that the Pentagon sent a "good signal" to encourage the creation of new supply chains that are not dependent on China.

Lawmakers have already taken this issue into account. This year, Rep. Mike Coffman (Mike Coffman, Republican of Colorado) presented a draft bill on the production of rare earth metals in the United States. “I think it’s very positive that the Ministry of Defense has publicly acknowledged the existence of the problem of our dependence on China in the field of rare-earth metals,” the congressman said.

Ctrl Enter
Noticed oshЫbku Highlight text and press. Ctrl + Enter
We are
The action “Military service under the contract is your choice!” In Rostov-on-Don: future contract servicemen, exhibitions and “Russian Knights”
14 comments
Information
Dear reader, to leave comments on the publication, you must to register.