Feast on the money of Allah 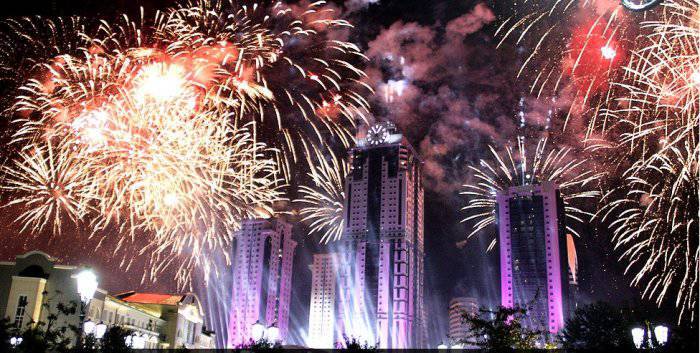 In the capital of Chechnya, Grozny, the City Day was celebrated on a grand scale in conjunction with the 193 anniversary of the founding of the city, i.e. it is not even an anniversary. On this day, also had to open a business and residential complex "Grozny-City", Teacher's Day and the Day of the Chechen youth. In addition, the same day 35 celebrated the head of the republic, Ramzan Kadyrov. As gifts, residents of Grozny received not only the 7 high-rise “Grozny-City” skyscraper with observation and helicopter platforms, but also a new building of the republican hospital, a youth center and an ice palace, and a renovated main road. 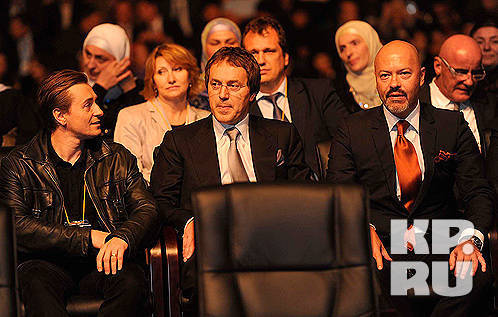 True, Kadyrov refused his personal holiday in advance, he forbade his fellow countrymen to congratulate him on his birthday and celebrate his anniversary, promising to dismiss any Chechen official who would give him a gift.

Such foreign stars as Jean-Claude van Damme, Hillary Swank, Vanessa May were invited to the celebration. There were Russian popular actors, musicians, singers. It is clear that the stars are invited to such events for a lot of money. Among the important politicians were Alexander Khloponin, Deputy Chairman of the Government of the Russian Federation and Plenipotentiary Representative of the Russian President in the North Caucasus Federal District, Arsen Kanokov, Head of Dagestan Magomedsalam Magomedov, Kabardino-Balkaria.

When journalists asked Kadyrov, the head of the subsidized region, from where the money for all this magnificence - one of them. Akhmat Kadyrov (former Lenin Avenue) is worth a lot, he replied that "Allah gives us money." Under God's Providence, Kadyrov apparently meant the Russian people ?! It is a pity that Moscow in the same way does not provide for the needs of other Russian regions. Perhaps the reasons for the holidays would be more. 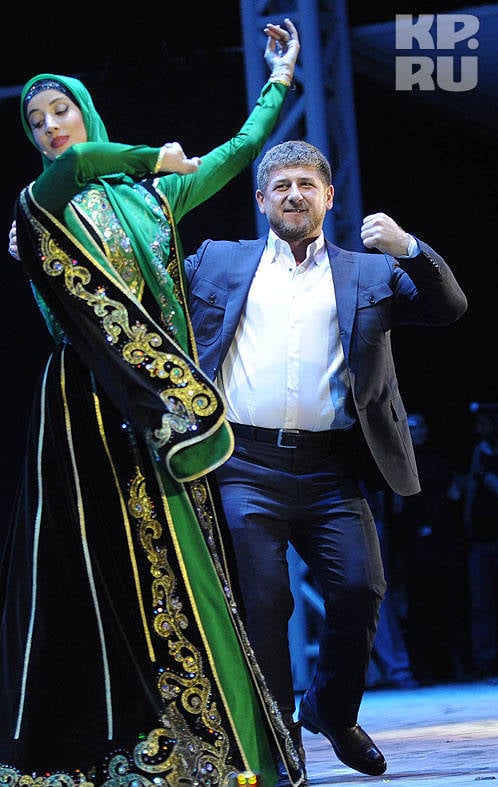 “We built the largest bridge in the republic in Grozny, leading from Akhmat Kadyrov Avenue to Vladimir Putin Avenue,” Ramzan Kadyrov said at a ceremony. But the crown of ambition of the head of the republic is a complex of high-rise buildings “Grozny-City”, which resembles prestigious new buildings in a residential area of ​​Moscow. Van Damme, Vanessa May, Hilary Swank, Igor Wernicke, Fyodor Bondarchuk and Sergey Bezrukov were invited to open it. About the one at whose expense the whole banquet, in the republic they prefer not to speak, hinting at the Chechen business elite or, like Kadyrov, at religion: “Allah gives.”

Russians are not satisfied with such explanations. After all, Chechnya is no longer the center of separatism, but an exemplary developing region of the federation, with the same standard reformer chapter. But the standard will remain unique, since its prerequisites are unique, and the rest of the subjects of the Russian Federation 82 better just quietly look for their own ways.

Having won two Chechen wars, Russia seems to have won against Ichkeria. But then she began to plant Russian colonels and officers (Yury Budanov, Sergey Arakcheev, Yevgeny Khudyakov). Then they began to pump up the republic with budget money - for the restoration and the fight against terrorism. At the same time, appetites are growing - in April, Chechnya asked the government for 500 billion rubles. Favor for Chechnya reminds partly of an apology, and partly of gratitude for stability in political preferences. “If“ United Russia ”needs to get 120%, we will achieve this,” promised the Chechen parliament speaker Dukvakha Abdurakhmanov in 2010.
Not a terrible life for the money of Allah

Celebrating the Day of the city came mainly young people, many in their hands were portraits of Kadyrov, Putin, flags of Chechnya, Russia, "United Russia". It is difficult to find a region in Russia where the United Russia party has such support, which is not surprising, given Moscow’s policy.

Representatives of the authorities regularly speak of “friendship of nations”, “equality of all before the law”, development of tolerance and multiculturalism policy, “everyday causes” of interethnic conflicts, shortcomings of the education system that lead to such conflicts. But in reality, we see that we have peoples, in relation to whom they are pursuing a “special policy,” in fact distinguishing them into a privileged group. It is clear that such actions do not end well. 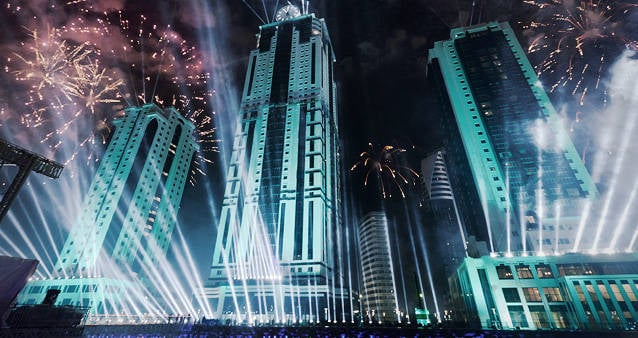 Deputy Prime Minister Alexander Khloponin proposed to add this holiday to the list of events on a Russian scale. And he is already brought there - not every Day of the city broadcasts the main television of the country! Old-timers, no matter how hard they try, cannot recall the same large-scale, throughout the country, the celebrations of the Day of Kazan or the Day of Ufa, not to mention the more modest days of Pskov or Ryazan. Days of Moscow are celebrated year after year by the TV channel Center, which is accepted in many regions of Russia, but Moscow is still the capital of our common homeland. 300 anniversary of St. Petersburg was also widely celebrated, but firstly, the date was round, secondly, St. Petersburg is the cultural capital of Russia, and thirdly, Peter gave such sons to the motherland, without which (in Nekrasov) life has died down. Consequently, Grozny, having fallen into this Kalashny series, is also slowly becoming one of the main cities of the country, and Chechnya (take it higher and look at the words of their songs) is the center of the world. And TV only sensitively catches new trends and does not regret the expensive airtime for their consolidation and assimilation by the population of the country.

It is also interesting that such festivals are at odds with the Koranic Islam. The main idea of ​​Islam is social justice, it is impossible to arrange such actions when injustice prevails around ...

PS The author is not against the improvement of the city of Grozny, which was founded by the Russian people, but against the separation of Chechnya and the Chechen people as the "favorites" of Moscow. Other Russian cities and villages should also be landscaped. And social justice to be above other motives.

Ctrl Enter
Noticed oshЫbku Highlight text and press. Ctrl + Enter
We are
Who is interested in discrediting Ramzan Kadyrov?Did Russians start returning to Chechnya?
109 comments
Information
Dear reader, to leave comments on the publication, you must to register.