April 28 2015
240
For more than a year, the entire media space belongs entirely to Ukraine. Everything that happens in our state has become secondary. And in the provinces - and even more so.

With the exception of infrequent trips, I have been living and working in the most typical Russian provincial town in the east of the Orenburg region. However, like the overwhelming majority of compatriots, because if we consider the provinces all cities and towns with a population of less than 1 million, then we, the provincials, have approximately 110 million in the country, that is almost 80%. But the majority of my writing colleagues constantly live in large cities, however, they often refer to the opinions or interests of the province, using them according to the situation. 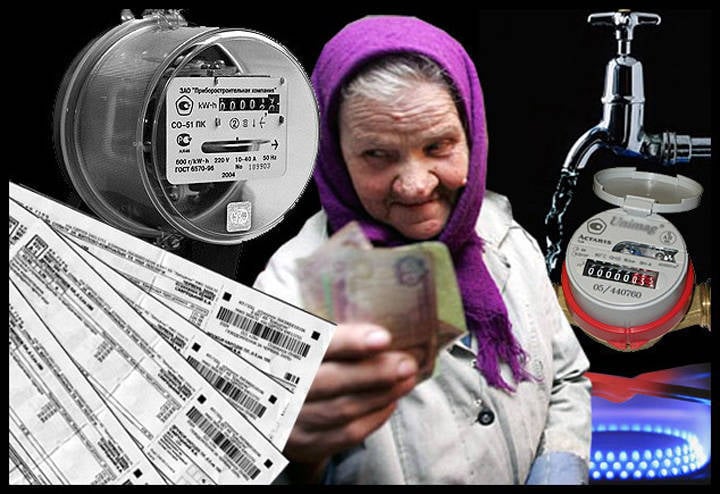 And I have something to say to them.

To begin with, I have been observing for some years now how a special idea of ​​a province is born in the media space, which the farther away the more diverges from reality. It’s not too late, I would like to make some important edits to this view, as a direct observer and participant in typical provincial life.

If we turn to the image of the province (“people”) that prevails in the materials of the authors of liberal information resources, then it becomes scary. Because, cohabitating with such a "people", it would be most reasonable to barricade themselves in the building and wait for the rescuers who will come to the good democratic tanks and crush all those "zombies" scurrying around the alleys in search of booze. As a matter of fact, the authors of liberal portals live just like that, fencing themselves off from the world with personal phobias and shooting crazy tweets at the people from the embrasures. I am not exaggerating. Recently, a reporter from the Dozhd TV channel from the capital came to the city to shoot a story about a militia from our place who died in the Donbas. So, when I watched the plot, just in case I looked out of the window to compare the real picture with all these "gloomy smoking pipes, gray high-rise buildings and hopelessness hanging in the air." I checked - the chimneys of factories, thank God, mostly smoke (which means that people have where to work), high-rise buildings are where they should be, and there is more spring in the air than hopelessness. However, in the wake of the Moscow reportage, journalists from the American "Los Angeles Times" came to us, and they also did not do without vulgar clichés: cities". I understand fellow journalists from a professional point of view - you need to do your best to portray hell so that the reader will understand why even in the warring Donbass a Russian is more comfortable. But from the point of view of the general humanity, they are liars. However, this is exactly how the terrible idea of ​​the people is born, which exists in liberal circles by the forces of such reporters.

On the other hand, the image of the province, painted by the authors of the anti-liberal ideological orientation, is often surprising. There she appears to be a collective sullen, laconic, but still feeling good man, to whom all these sanctions are damn light, who “didn’t bear such a thing” and who cares about the whole city fuss.

Both images are dangerous because they cut off the main mass of citizens from the active life of the center, evicting it to the outskirts in one case as unfit lumpens, and in the other as obliged to always endure everything, obeying their nature. As a result, the image of the people is fixed as something of the background, existing by default, and even the capital’s authors choose problems of their own. As a result, today in the central press or on the pages of online publications you will not find almost a word about the course of liberalization of the health care system, which beats mainly the provinces, but some “Orenburg bees” will hook a respected audience and not let them go for a week no similar nonsense from the hinterland will be in time.

Yes, the province is grateful to metropolitan bloggers for appreciating its ability to resist sanctions and do without Parmesan cheese. But the province feels abandoned in the fight against the same optimization of the health care system. The fact is that the smaller the settlement, the more it suffers from this liberalization. In cities and towns, hospitals are closed, and residents are offered to visit district or regional institutions, which are often located beyond 30 and more than miles of impassable off-road. Is this a problem? Does it concern that very “people”? It's like, but it doesn't seem to exist in the media space.

Another national misfortune is a new overhaul law. According to it, tenants of apartment buildings should now carry out such repairs with their own funds, which causes the most real and topical protests and pickets in the province throughout the country. But this also slips past the attention of the majority of metropolitan authors who are confident in the patience of the “people”.

And these problems are not caused by sanctions or war in Ukraine. They were born long before the exacerbation of relations with the West. Health care reform is already rampant not for the first year, and the provincial housing stock has been obsolete for decades. As well as the problem of the unavailability of a reasonable loan on the one hand and the pinching of the population in usurious bondage on the other. All the largest bankruptcies of enterprises and the most massive layoffs took place in my city, not after the return of the Crimea, but before it. At the same time, the class of small and medium-sized businesses was trampled down. I think this is true not only for Orenburg residents.

For more than a year, the entire country's information agenda has been given to Ukraine. And our state, which has one and a half hundred million inhabitants and 17 million square kilometers, seems to have ceased to exist. Like we're full the news about how in Ukraine housing and communal services tariffs are rising and prices are rising. No, we fraternally feel sorry for Ukrainians. And this is obvious even if the number of refugees from the Donbass whom the Russian province accepted and warmed (even in our small city there are enough of them. Which is symbolic, our city of Orsk itself developed as a center of heavy engineering as a result of the evacuation of Ukrainian factories from the Urals during the war) . No, we have no complaints about Ukrainians, we have some questions for those metropolitan professionals who form the information agenda - is it time for you to return to the earth?

I say this is not to cause pity or sympathy. No, I just noticed an alarming symptom. When I see an article about something like “how bad they are” and one hundred thousand enthusiastic comments from compatriots and likes to it, something slowly begins to boil in my chest. Because of this obmusolivaniya "they" will not be any better or worse, but from ignoring our life, we will definitely get worse. And more recently, I barely restrained myself, so as not to send to hell an unfamiliar reader, who asked if I did not think that the last rally against the law on capital repairs was “the machinations of the fifth column”. Although this person is in no way to blame, and again questions to the writing colleagues. And no less alarming a bell — I observe more and more often how a provincial official, like a tick attached to a vein, is filled with arrogance, relying, apparently, on the high ratings of the Russian authorities. It was as if his photo was printed on the cover of The Times, as if he was recognized as the most influential person of the year. And the ward people becomes uninteresting to him. He is cut off from him. Not otherwise, such an official reads the capital's publicists all year round and watches central television. Otherwise, why would such a superposition?

Of course, you can continue to ignore your own country. She will survive this in the end. But then there is no need to be surprised later on why the country ignored some kind of new kipish in the capital with the seizure of government buildings and the hanging of new flags. That we cut it off before ourselves.