About the French track in African events 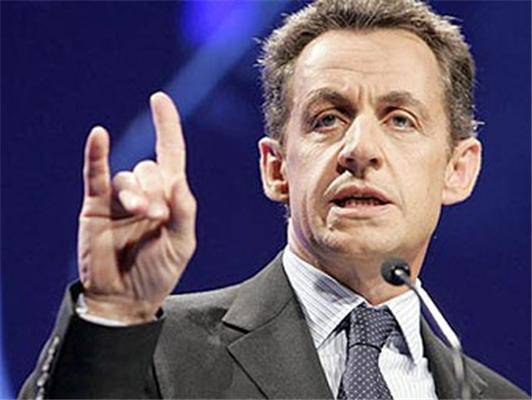 Many have heard about the influence of the United States, China, the deceased USSR in Africa, but not everyone knows that France has retained enormous influence since the days of the colonial empires on the Black Continent. In many ways, the economic prosperity of the Fifth Republic is based on the exploitation of the natural resources of this continent. Modern Western capitalism only in the myths of Russian liberals, who blatantly lie or have big problems with intellectual development, achieved prosperity through their hard work. In reality, the well-being of the Western world has always been founded and continues to be based on the exploitation of colonies and neocolonies. And not just exploitation, but on predatory, ruthless exploitation. Western civilization is a global ghoul, a bloodsucker. For some reason, a beautiful and well-fed life does not come out without colonies and slaves. True, some slaves in some places "go to the people", but almost immediately go into the category of supervisors. In fact, the West both represented a huge slave-owning system, and represents it. Only the management methods were somewhat modified: the slave collar and the overseer's whip changed the credit card and zomboyaschik. “White gentleman” in a cork helmet was replaced by a gentleman in a suit, an ordinary bank clerk, a company, an accountant.


And Paris is concerned that in recent years its influence in Africa is constantly falling, the Chinese are pushing the French. Moreover, they do this consistently, year after year, penetrating where the Europeans did not particularly climb. The Chinese are investing huge amounts of money in the development of the country's infrastructure, the development of human capital, and the introduction of barter deals — it takes resources for soft loans (from oil to cocoa beans). The events in the Republic of Côte d'Ivoire, when the French overthrew Laurent Gbagbo’s regime by direct military intervention, are connected with this. Paris is actually conducting a “mopping up” of French Africa, with the full support of Washington, from those regimes that began to see China as a “strategic partner.”

The war in Libya, with all the other important tasks (including the ousting of the Chinese from the Jamahiriya), was an excellent “covering operation” for France. And Sarkozy personally provided himself with a “personal pension,” even if he was not chosen for a second term. French corporations will not forget it. We should not forget the fact that PNS promised the French a significant share in the oil industry for helping against Gaddafi.

France is trying to save its neo-colonial empire in Africa, and so far quite successfully. China struck several sensitive blows.

We are in Yandex Zen
Slaves and slave owners. Human trafficking in the modern world
African arrows: British colonial troops became the basis of the armed forces of the independent states of Africa
4 comments
Information
Dear reader, to leave comments on the publication, you must to register.