And again miracles on the Kinburn Spit 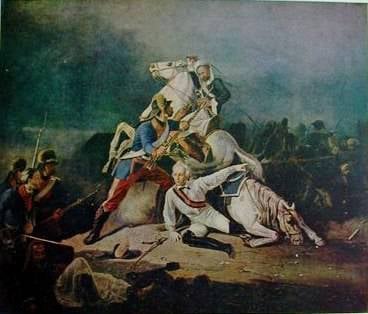 Not long ago, an archaeological expedition sent by the Institute of the National Academy of Sciences of Ukraine discovered a pier built by the Turks on the Kinburn Spit. Many people know the expression "Our Kinburn Spit revealed the first miracles." Of course, this expression refers to the unusual courage, endurance and strength of the miracle heroes, led by Generalissimo Suvorov to the war with the Turks in 1787 year. However, he now has one more meaning. Many archaeologists believe that the excavations carried out near the Kinburn fortress will bring many discoveries.


For several years, the expedition, led by Svetlana Belyaeva, has been working here, having received an invitation from the Nikolaev regional organization of the Ukrainian Association for the Protection of Monuments of Chronicles and Culture.

And that was a really serious discovery. Experts refer this pier to the end of 18 - the beginning of 19 centuries. In addition, they believe that the pier belonged to the Turkish fortress Kinburn. In general, about this fortress is known to the insult a little. But it was she who controlled the entry and exit of boats and large ships into the Dnieper River. The Turks built it as an outpost as early as the fifteenth century, in order to protect the peninsula from the Zaporozhye Cossacks, whose landings often landed here.

However, it is also known that this fortress was not only a military structure. After all, a large port was located not far from the fortifications. And here came the merchant ships. The city could boast a huge market and quarters of artisans. There were also many hotels. Therefore, it is safe to say that Kinburn was not only a fortress, but also an important component of the Turkish economy. 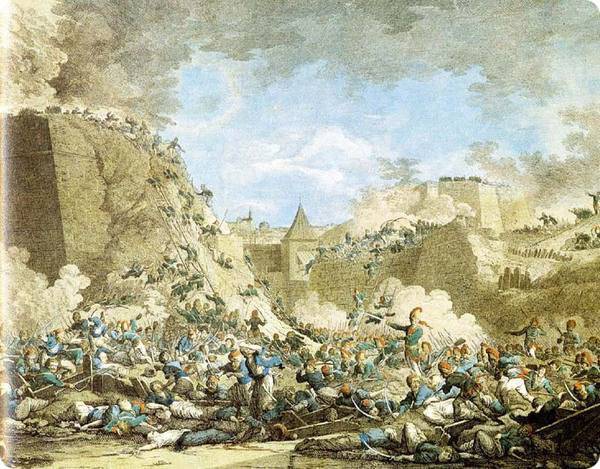 But by the middle of the eighteenth century, the fortress lost its meaning. By 1736, the Russian soldiers manage to capture it, then completely destroy it; soon the Turks again managed to rebuild Kinburn (it was by this time that archaeologists attributed the found pier), but he no longer had past power. And very soon - already in 1774 year - Kinburn became a Russian city. And now our ancestors are no longer trying to burn it, but strengthen it, turning it into an impregnable fortress. Now the Russian garrison is constantly located here. The port becomes the permanent home base of several military courts.

But still the Turks are not abandoned attempts to retake it. They knew very well that the owner of Kinburn was the lord of the whole Crimea. This is what caused the war that began in 1787. Then Prussia, England, Sweden and Holland incite the Ottoman Empire, and she eventually makes demands for the return of the Crimea. Of course, they get rejected and start the September 13 war. Admittedly, surrender would not only be a sign of weakness, but would really weaken Russia. After all, Russia would have to return not only Kinburn, but also Kerch and Enikale fortresses. This meant the loss of the Crimea and control over a large part of the Dnieper.

Immediately after the attack of the Ottoman Empire, two armies were sent here. Ekaterinoslavskaya, a component of 70, of thousands of soldiers and officers commanded by Potemkin, was to resist the invasion from Turkey and defend the Black Sea coast. The second army is the Ukrainian, which made up 30 thousand. It was commanded by Count Rumyantsev, whose main mission was to cover the rear of Potemkin from a possible attack from Poland.

And here the Russian genius Suvorov showed himself in all its glory. He had a total of 3 thousands of soldiers and was forced to confront six thousand selected soldiers of Turkey - the Janissaries. 30 September and the morning of October 1 the Turks fired Kinburn almost nonstop, using naval artillery. However, Suvorov forbade responding to fire. Already by nine o'clock the Janissaries had landed on the western tip. On the eastern side of the landing Cossacks. Alas, at that time they became allies of the Sultan, because of the unreasonable policy of the first emperors of Russia. They managed to quickly retreat, but the Janissaries were a serious problem. Moreover, they had no escape route - the ships were specially taken to the sea. Suvorov, having learned about it, briefly replied: “Let everyone come out”.

He left in the fortress, as well as in the train, located behind the fortress, a total of two companies. In addition, he built in two lines five companies and six battalions in a checkerboard pattern. The cavalry remained to the south, covering the flank. By three o'clock in the afternoon the first detachment of the Turks approached our positions by two hundred meters. Immediately a volley was given from all the available guns. After that, two Cossack regiments and two squadrons of dragoons in a matter of seconds destroyed the vanguard of the Turks. 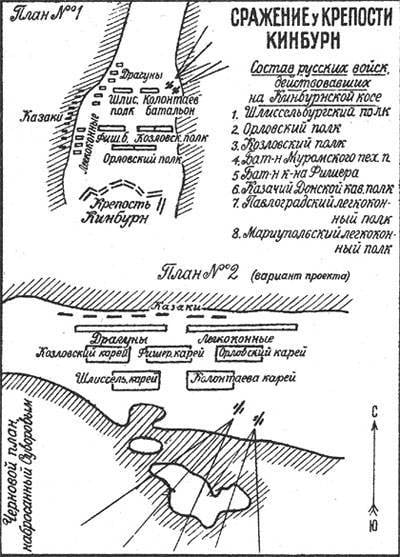 After that, about six hundred guns mounted on ships began shelling the shore. Despite this, the first line under the command of General Reka managed to take the first ten Turkish trenches. It also had to stop. In this place the spit visibly narrowed, and the Turks were very many. They simply had nowhere to retreat, so they fought to the last. In sum, with powerful artillery fire, this forced our troops to retreat.
During the battle, Suvorov himself went on the attack in the first rows. The horse was killed under him, after which the Turks rushed at him. However, ordinary Novikov managed to protect the commander - he shot one enemy, slaughtered another, after which the rest fled. After that, the Russian grenadiers managed to once again take all the trenches, which soon again had to yield because of heavy artillery fire.

One of these attacks nearly cost Suvorov life. He was hurt by a canister that passed just below the heart. This injury caused the loss of a large amount of blood, as well as several faints of the great commander.

Moving away from this injury, Suvorov again led the detachment to attack. And the reserves were attracted - four companies from the fortress and the convoy. In addition, the light brigade took part in the battle.

Suvorov received another wound - a bullet pierced his hand through. And yet the commander remained in the ranks until the very end! When the Turkish troops were killed, Catherine II, assessing the merits of Suvorov, awarded him the order of St. Andrew. In addition, a special medal was issued, which was awarded to the lower ranks who distinguished themselves in battle. The war itself ended with the Turks signing a peace treaty in Iasi. Crimea and Kuban finally got us.

However, half a century later, Kinburn was attacked again. But this time it was not the Turks, but the Anglo-French landing force. The fortress capitulated only after it was almost completely destroyed. Kinburn was decided not to recover. And only today there have been major changes - the excavations of Kinburn, ongoing to date, may well still bring a lot of sensational finds.
Ctrl Enter

We are in Yandex Zen
Awards for the Suvorov Bogatyrs
Congratulations on the 285 anniversary of the birth of the Great Russian commander Alexander Vasilyevich Suvorov!
2 comments
Information
Dear reader, to leave comments on the publication, you must to register.