What about the "human rights" NGOs-foreign agents?

April 14 2015
38
For about three years, a law has been in effect in Russia, which at one time caused a lot of so-called liberal noise. This is a law on non-profit organizations-foreign agents, adopted in the wake of the belolentochnoy hysteria, when steps to ensure state security were to be taken not only in the direction of modernization of the military component of Russia. The main noise attack of the “liberal intelligentsia” was aimed at the law for obvious reasons, because many political NGOs had long been fed from the Western side, solving the problem of destabilizing the situation in the Russian Federation. To admit that they feed on such a hand, and even more so to refuse feeding, far from all non-profit organizations of the political segment could afford. What is the number of NGOs inoagents state structures managed to identify over the past period of time (from 2012 year)?

According to the statements of Alexander Brechalov, only the number of NGOs financed from outside the Russian Federation on the basis of 2014 for the year amounted to more than 4,1 thousands, and among these NGOs there are quite a few political ones. 4,1 is a thousand - here, as they say, there is something to be surprised ... Well, how can human rights in our country be violated at all if there are hundreds of various foundations, organizations and associations defending themselves “human rights” in defense of these rights ... such a number of human rights defenders of the citizens of Russia should feel like Christ in his bosom ...

Even more surprising is the amount for which Russian “human rights” NGOs have been financed from abroad. According to the results of 2014, this amount exceeded 70 billion rubles! It is noteworthy that as soon as the law on foreign agents in Russia was adopted, the financing of “human rights” NGOs from abroad was about 4 billion rubles. It turns out that in less than three years since the adoption of the law, the growth of foreign funding has amounted to 17,5 times! This is against the background that the financing of a number of NGOs from the state budget (in the form of presidential and government grants) for 2014 a year amounted to 4,2 billion rubles. As is clearly seen, foreign financiers are ready to invest much more actively in those NGOs that are positioning themselves to occupy the human rights ground. Why should I? 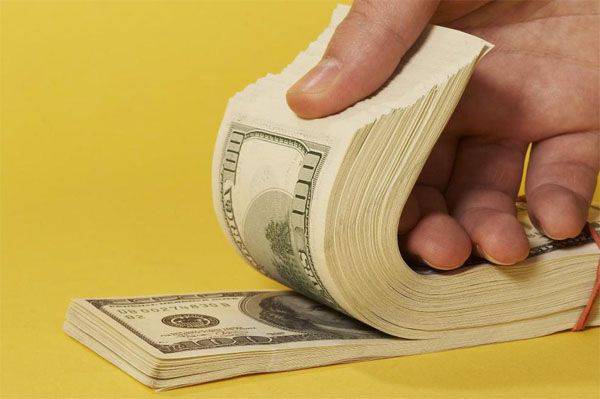 Alexander Brechalov notes that considerable amounts of the funds that foreign sponsors allocate to Russian NGOs can go to "socially useful, good goals", however, according to the Secretary of the Russian Federation Chamber, "it is naive to believe that we have only 52 foreign agents" . Brechalov says that it is hardly worth hoping that the countries introducing economic and political sanctions against Russia suddenly decided to take on financial concerns for Russian citizens by financing Russian political non-profit organizations ...

Brechalov reflects on the activities of such non-profit organizations on the example of Ukraine (quote "News"):
In Ukraine, over the past 20 years, NGOs have worked in every municipality. Now we see the result of this impact - they "pereobuli" against Russia almost an entire country. This resulted, firstly, in funding, and secondly, in the technology of manipulating the consciousness of society.
To understand what kind of “human rights” line our brave NCO and foreign agents follow, it is enough just to familiarize yourself with their official sites. The site of the “human rights” organization “Memorial” continues to delight its fans with carefully selected information that in Russia, they say, the human rights situation is worse than ever ... One of the recently published materials is a material called "Political repression in Russia in 2011-2014: extrajudicial persecution".

From the material:
Attacks on activists are one of the most famous forms of extrajudicial persecution. Agora’s lawyer, former director of the Trans-Baikal Human Rights Center Vitaly Cherkasov, tried to systematize information on such cases for the first 9 months of 2014. He published the study “Titushki in Russia: New Trends in the Hunting of Civilian Activists”.

Words are some of those familiar from the broadcast from the Maidan - "titushki", "hunt for activists." One gets the impression that “our” foreign agents draw terminology from those manuals that have long been spread by Western “friends” in Ukraine.

It is appealing that in the Memorial report an impressive percentage of the material is devoted to how Russian “activists” come out for peace in Ukraine, but mean-spirited pro-Kremlin “titushki” fill up these “peacekeepers” with eggs and bottles of green… Egg-green gebnya you see ...

Another noteworthy material on Memorial is called "About the program" Fabrication of criminal cases about Islamic extremism in Russia. "

Consultations were held for Muslims from Russia and the CIS countries who were being persecuted for religious reasons, on the procedure for applying for asylum, in some cases covering letters were prepared for UNHCR and migration services. In July, 2011 managed to prevent the illegal expulsion to Kazakhstan of a religious refugee from that country, who was detained by border guards at Domodedovo Airport.

Memorial’s concern remains the inconsistency of the existing legal framework with Russia's international human rights obligations, including the recognition of literature and organizations as “extremist,” the inconsistency of the CIS Minsk Convention, which regulates extradition procedures, with the requirements of the European Convention for the Protection of Rights and Fundamental Freedoms.

Is it any wonder after this that even with the active work of law enforcement in Russia, radical, extremist groups in some cases may feel quite at ease? Is it any wonder that about 1700 people recruited by the emissaries of terrorists have departed from Russia to the ranks of ISIS? Of course, it is not worth it, because our belolentochnye human rights defenders protect them, to whom law enforcement officers, you understand, still have to prove that the literature found by the FSB in the homes of the arrested radicals is extremist. “Kill the infidels, spread the Shari'a, multiply the number of like-minded people!” - well, what kind of radicalism is that, innocent pranks ...

If these are human rights defenders, then why is their “human rights” line so selective? Why do they not protect workers employed in the construction of the Vostochny cosmodrome from salary delays? Why they do not try to make at least some effort to protect the deceived shareholders, investors? Why are they preoccupied with “fabricating cases of Islamic extremism”, but they do not say a word about protecting the interests of those who have become victims of extremism - for example, about the families of dead police officers who blocked the road to suicide bombers in the North Caucasus? Where is the protection of the interests of those who, because of "effective managers" lost their jobs? Why isn’t it said about protecting the rights of private entrepreneurs, for whom bank loans have become almost inaccessible? The answer is simple: foreign financiers keep Russian foreign agents on a short leash, not to protect the rights and freedoms of Russian citizens in the name of strengthening and developing the state and real civil society, but only to make more and more new attempts to test Russia for strength from the inside.