"Dependent Ukraine": what will Europeans decide and when will the war thaw 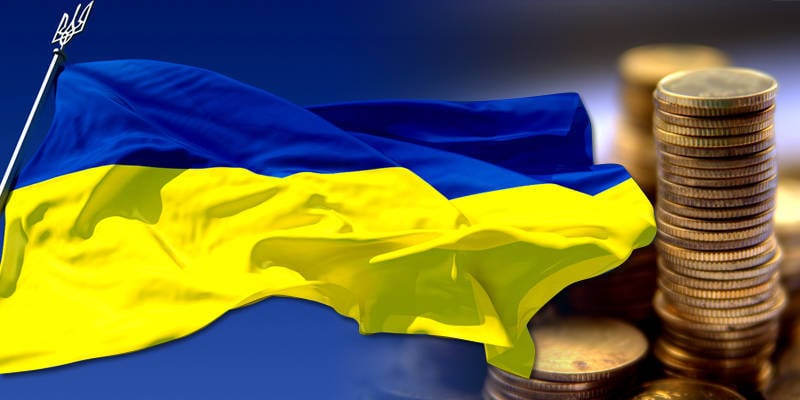 The economy of Ukraine hovering between heaven and earth, lack News in the information space, the frozen, but thawing Eastern Front, hidden in Kolomoisky, either in Israel or in the USA, who were given a visa for the first time in a decade for him to watch baseball, are phenomena of the same order.

The events in Ukraine, the destinies of the EU, the USA and Russia, and the future of the citizens of Ukraine and the LDNR, are coming to a bifurcation point - the critical state of a complex social system in which the system either starts the ordering process or becomes even more chaotic. And to predict the trajectory of the movement of countries and the place of their collision, as well as the spread of fragments after it, is absolutely impossible. Too many factors, both overt and covert, influence political decision making. Too many secret springs, compressed to the limit, hidden under the flimsy layers of thin fabric of political reality.

It is obvious that the truce will sooner or later be broken, and the armies that are standing in front of each other in the field will again begin to destroy each other with bitterness and frenzy. This is a fact, as well as the fact that Europe will have to react somehow. The time of sitting in the bushes is passing - now either the Americans will burn European bushes, or they will drive their inhabitants out of the undergrowth and drive for slaughter for the sake of their interests. And the interest, in fact, is unchanged - the world power and the skin of a bear that has not yet been killed.

How the bear will react is not entirely clear. He is extremely quiet and polite for the last month, but obviously he is up to something.

One reaction of the bear, though important, is still of a secondary nature. Much more important is the reaction of European political Papuans who have decided to sit out in their woods and cabins of glass and concrete.

Understanding what they think about the Ukrainian crisis is extremely difficult, but a number of factors still revealed their position:

1. The Minsk truce must be strictly observed. This is shouted from both Paris and Berlin. “Minsk” is sacred for the EU. This is an opportunity to hide in the wilds of forests and not to decide the issues of your future, to postpone the decision under whose Tanks go to bed - Russian or American.

2. Those responsible for breaking the truce will be punished.

However, who is appointed guilty?

There are actually two options: Kiev or Russia. Who the EU will choose is not known for sure. However, a number of grumbling statements indicate that the EU has realized: Kiev is the same bull terrier that the US is holding on a leash, and the saliva from its mouth is already dripping on the faces of European politicians.

Therefore, markers of fluctuation points — moments of unpredictability — are:

The first. The head of the European Commission did not fly to Kiev, and Federica Mogherini, following Jean-Claude Juncker, refused to visit the Ukrainian capital.

The second. Paris, through the media, allowed a leak, in which he accused Kiev of violating the conditions of Minsk.

Third. The OSCE records the facts of the cease-fire violation by Kiev, in particular, the shelling of the settlement of Shirokino by the Kiev security forces. Earlier, the OSCE did not allow itself.

Fourth. European lenders are struck by the arrogance of Kiev, who, in the person of the Minister of Finance Natalya Yaresko, has already decided for creditors the issue of public debt of Ukraine in the amount of 15 billion dollars. It is supposed to be written off. So decided the United States for Europe.

The fifth. In underground storage you need to download at least 15 billion cubic meters. blue fuel, which Kiev has nothing to pay. And Ukrainian officials have not found anything better than how to start blackmailing the EU, demanding money from it to cover its gas purchase commitments. Moscow, on the other hand, has made significant concessions to the EU, trying to convince Paris and Berlin of its good intentions.

The sixth. The potential of anti-Russian sanctions that could inflict a blow to Russia, causing relatively acceptable harm to the EU, has been exhausted. Then only the amputation of limbs, which are branches of the EU economy or outright acts of suicide in the form of disconnecting Russia from SWIFT, which is considered unwise because of too high harm. The sanctions themselves do not work, which was recognized by the European bureaucrats and proved the year of their action.

Seventh. Kiev is preparing for war. Poroshenko boasts new types of weapons, walking in camouflage with a cynical Bandera, officials of lower rank say that Russia (who else, if not she?) Will go on the offensive. Actually, the gun hanging on the stage cannot but shoot, and the soldiers, without war, indulge in meditations that have a negative effect on the fighting qualities of the army.

Eighth. Kiev and the LDNR put things in order in the rear: the ternbat freedom was eliminated (at least in words), and the Right Sector was driven into the framework of the army. Donetsk and Luhansk disarmed all those who did not obey, and even the free left-wing Mozgovoy became part of the people's militia of the LPR. So, handling improved, and if so, then why not take the risk again and send another 1000 soldiers to Valhalla?

Especially since the United States is demanding the defrosting of the conflict: they are tired of playing hide-and-seek with the European elites and their uncertainty over the issue with Moscow. The situation of "neither war nor peace" does not suit them. The goal is a complete breakdown of relations between the EU and the Russian Federation; the imposition of the EU agreement on the transatlantic FTA did not bring success, Putin is not hanged, and Russia, although weakening, is intact.

Because the gun will certainly shoot. Actually, not only the gun, but everything that is larger than the caliber.

But how events will develop after the passage of the bifurcation point and what Europe decides, which nevertheless will have to choose how Russia will react - it cannot be predicted.

Therefore, while the drumming sounds, and convicted by the court Stories lead to the scaffold, it remains only to wait.