Islamabad confronts the United States with a difficult choice 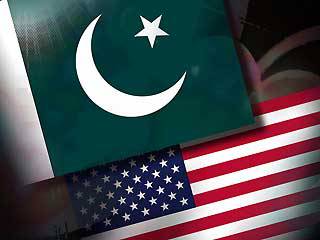 
The theme of cooperation between the Pakistani Interdepartmental Intelligence (ISI) and the powerful Afghan terrorist organization, the Haqqani Network, based on Pakistani territory, was launched. American patience snapped after they intercepted telephone conversations of ICI operatives with terrorists who were preparing an attack on the American embassy in Kabul. According to M. Mullen, the Americans have other irrefutable evidence of the cooperation of the Pakistani authorities with terrorists.

The Haqqani network today has up to 15 thousands of militants, keeps control of the situation in Kabul and its environs, as well as in the southern provinces of Afghanistan. The Haqqani militants, responsible for hundreds of American deaths in Afghanistan, are gradually crowding out local power and seizing where the shooting subsides. These people are replacing the Americans. “No matter who is in power in Kabul, he will not be able to ignore the presence of Haqqani,” said former CIA officer Mark Sageman. “We will leave there and the Afghans will remain.” And they know it. ”

The Pakistani authorities not only cooperate with this organization, but also make certain bets on it. They fear that after the withdrawal of the occupying troops from Afghanistan, this country will become the field of a new clash of interests, in which Islamabad, due to tensions with Kabul, will not be able to take advantageous positions. For example, Indian business, which has long been waiting for an opportunity to restore the transport corridor through Afghanistan to Southeast Asia, will be able to oust Pakistanis from Afghanistan. In addition, the developed Indian jewelry industry has long been eyeing the possibilities of obtaining precious and semi-precious stones from Afghanistan, which are in great demand in the Asian market. This business is controlled by the Haqqani clan.

In geostrategic terms, Islamabad fears that, having penetrated into Afghanistan, India will take Pakistan “into ticks” from two sides - from the east and from the west.

For Washington, leaving Afghanistan to the people of Haqqani means recognizing the loss of the entire Afghan enterprise. Therefore, there are ideas of organizing American raids into Pakistan.

As if pushing the Americans to take action, immediately after L. Panetta’s formidable statement, the terrorists launched an attack on the CIA representation in the most protected area of ​​Kabul and, apparently, will act in this direction and further. They clearly play to the deterioration of relations between Washington and Islamabad, finding in the person of the Americans a suitable partner.

Pakistani authorities are seriously beginning to fear a raid by American special forces in North Waziristan and warn that they should not do this, strongly denying that ICI is helping the Haqqani Network to carry out terrorist attacks against military personnel. Islamabad is willing to risk even a conflict with America, which provides Pakistan with billions of dollars in military and economic assistance. Pakistani Prime Minister Yusuf Gilani stated: “We reject the US accusations of having links to Haqqani and conducting a hidden war through them. These accusations betray the confusion of the American government in its Afghan war. ”

Chief ICI General Kiyani says that the charges of his service are unfounded and unfair. Defense Minister Ahmad Mukhtatr stressed that Pakistan is a sovereign country that cannot be intimidated. Foreign Minister Hina Rabbani Khar warned that if the Americans tried to humiliate Pakistan, "they will have to pay for it." And the former Pakistani ambassador to the US, Malea Lodhi, says: “Relations will come closer to a break if the US does not stop combining threats with accusations. And does Washington have a plan “B” in case of an open break with Pakistan? ”

However, the Americans, they say, bit the bit. They gave a leak to the press, which was withheld from 2007, when Pakistani military attacked a group of American officers in the border town of Ter Mangal. The Americans met there with representatives of the Afghan authorities to resolve border issues, and after the meeting they were shot at by Pakistanis. Then one American officer died and three were injured. A joint investigation was conducted in full compliance with the conspiracy, and today история got going in the media. In Islamabad, they regard this as fomenting public opinion before a military operation. And, apparently, the Americans have no other way.

The Haqqani network has sprouted into the official structures of Pakistan, and all the attempts of Americans to chop off these connections have failed. “Over the past ten years, opportunities to change the strategic direction of thinking in Pakistan have been completely exhausted,” said Tom Crossby, a former senior adviser to the commander-in-chief of the US forces in Afghanistan. Today, the organization, headed by two sons of Haqqani, even more irreconcilable than their father, reached the height of its power, and it would not be easy for the Americans to bargain between the Haqqani and Karzai clans before the withdrawal of US troops from Afghanistan. In recent days, Haqqani representatives have let them know that they are ready to talk, but on their own terms. A former CIA officer who collaborated with Haqqani back in the 80s, said he would not be surprised if collaboration resumed.

In any case, Washington’s choice is small: either to attack the Haqqani bases in Pakistan, unleashing a grand military-political conflict with unwarranted results, or negotiate with terrorists about the future of Afghanistan, forgetting that the whole war there was supposedly to eradicate terrorism.

We are in Yandex Zen
Pakistan - Saudi Arabia: Strategic Cooperation
Invincible terrorism in Pakistan
4 comments
Information
Dear reader, to leave comments on the publication, you must to register.