March 17 2015
74
Sweden intends to return to the island of Gotland in the Baltic Sea a permanent military contingent to “resist Russia's aggressive policy in the Baltic region,” said the Swedish Defense Minister Peter Hultqvist to the Dagens Nyheter publication. Reports about it Free press. 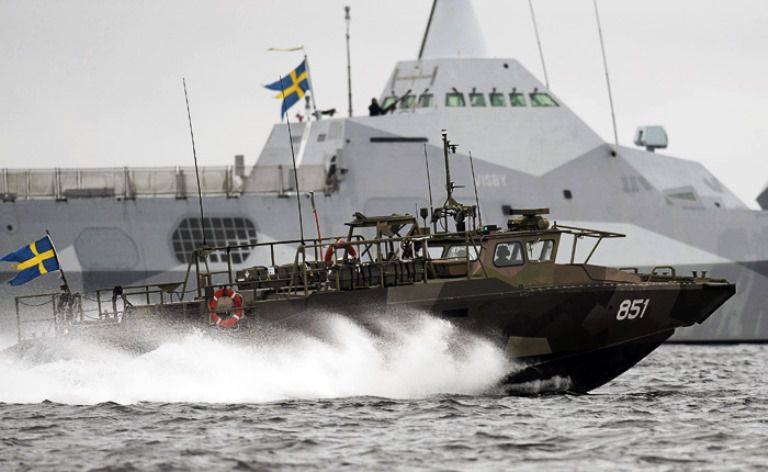 According to the minister, “taking into account the activity of the Russian military in the Baltic Sea and around, the Swedish government will increase the military budget by 6,2 billion Swedish crowns (722 million dollars) over the next five years”. “The security situation has deteriorated, and we must respond to this,” he said.

Some of these funds will go to return to Gotland military contingent, for a start - a man 150.

“Gotland is the largest Swedish island in the Baltic Sea, 175 km long and 50 km wide. It occupies a strategic position - halfway between Sweden and Latvia - and is the Swedish "unsinkable aircraft carrier" in the Baltic, "the newspaper reminds.

There has not been a professional army on the island since 2005. Until this year, they were stationed there. tank brigade and the only artillery regiment in the country. “Our actions show the outside world that we recognize the importance of Gotland. All our actions are aimed at strengthening the sovereignty of Sweden, ”said Hultqvist.

What is behind the plans of the Swedes, and how dangerous they are for Russia?

“Gotland is a Swedish territory, and Stockholm has the right to deploy any groupings and weapons there,” notes the doctor of military sciences, president of the Academy of Geopolitical Problems. Konstantin Sivkov. - The presence of 150 on the island of Swedish troops from a strategic point of view does not give anything. Another thing is if the Swedes put missile units on Gotland. The combat radius of the missiles that Sweden has is about 150 kilometers. However, specifically Stockholm anti-ship missile launchers do not.

At the same time, Gotland can be used as a hop airfield for a small group of anti-submarine helicopters that Sweden has. This will allow the Swedes to search for submarines within a radius of approximately 100 kilometers from the island.

Of course, the presence of the Swedes in Gotland will create certain inconveniences for the Russian fleet in the event of a military conflict. But, on the other hand, the destruction of the garrison in Gotland will not be a big problem. You don’t even need to land an assault — just a few airstrikes will be enough

The correspondent of the "Free Press": “Why is Russia still a source of threat?

Sivkov: “Sweden is too far from Russia geographically, so that in reality we can talk about the Russian threat. Are we going to land troops on the Swedish coast? Or are we going to crush a number of buffer countries, some of which (for example, Norway) belong to NATO in order to reach Stockholm by land? This is absurd!

It’s just that the Russian threat is a very convenient excuse to increase military spending. Especially since the redistribution of the Arctic is underway, in which Stockholm also wants to participate. The interests of Sweden need to be defended - therefore military preparations were required. ”

Another expert, director of the Center for Strategic Market Studies Ivan Konovalov commented on the situation as follows:

“Gotland is a strategically important island, and in 2005, the Swedes did not leave a good life. The Swedish military for the last two years has sounded the alarm: the army is catastrophically reduced and does not receive new weapons. And the commander-in-chief of the Swedish armed forces, General Sverker Joranson, in general, in 2014, stated that he would have to disband several units, since the defense department has no money for their maintenance. Earlier, there was no money for the garrison in Gotland either.

Indeed, Sweden has gradually reduced defense spending to the marginal minimum. By 2017, this budget item was planned to be cut to 1,07% of GDP. It is clear that in such conditions it was extremely difficult to maintain the combat capability of the armed forces.

To turn the tide, the Swedish military began to initiate a discussion at all levels about the need to increase defense spending. The political establishment and the Swedish society were involved in this discussion.

History 2014, with the search for the alleged Russian submarine, was, in my opinion, the first large-scale operation of the Swedish command to mislead public opinion. The message was clear: Sweden should spend more on military spending. And here is the result: the Swedish military have achieved their goal, and the return to Gotland is proof of that.

At a high level, the discussion began even earlier. In October 2013, the Royal Military Academy of Sweden published the report “Can we defend ourselves during the week?” The document contained a clear hint that Russia was being considered as an external opponent (this was, notice, long before the Ukrainian events entered an acute phase) the conclusion was made that Sweden would not last a week.

As a way out, it was proposed to strengthen our own army and develop ties with NATO. With this report, and began active lobbying activities of the Swedish military. And the mythical submarine, and - especially - the Ukrainian crisis became excellent occasions to develop success. And now we see that the offensive ended in victory: the Swedish military snatched money from politicians.
In fairness, I will say that the Swedish military is not alone. Today, many in Europe use the myth of the “Russian threat” to increase military budgets and strengthen their own armed forces. ”

Correspondent "SP": “Is the fortification of Gotland a threat to us?”

Konovalov: “There is no immediate threat to this. Around Russia, today there are a lot of various military bases, in the end, NATO troops are very close to our borders. Therefore, the appearance of another base picture will not change.

Of course, for us - from a strategic point of view - it was better when there were no Swedish military on Gotland. On the other hand, Sweden is a neutral country, so we never considered the Swedish army and navy among the likely opponents. Yes, Russia has fought Sweden many times in the past, but that was a long time ago.

Another issue is that lately Stockholm is clearly tied to NATO. And the question of the possibility of joining the alliance is discussed quite regularly in Swedish society. If Sweden really joins the North Atlantic Alliance, the military presence on Gotland will indeed be a very unpleasant factor for us.

However, we will find out how to respond to such a step. For example, the deployment of operational-tactical Iskander missile systems in Kaliningrad, which the Europeans are so afraid of. But, I hope, such a confrontation will not come yet. ”

Ctrl Enter
Noticed oshЫbku Highlight text and press. Ctrl + Enter
We are
Swedish official: the island of Gotland is an unsinkable aircraft carrier that can be used for shelling RussiaMade in Estonia military miracles often turn out to be zilch ('Postimees', Estonia)
Military Reviewin Yandex News
Military Reviewin Google News
74 comments
Information
Dear reader, to leave comments on the publication, you must to register.