Kiev authorities decided to demolish the monument to Vatutin

March 16 2015
83
Independence authorities continue the rewriting campaign stories and oblivion of everything that once connected the peoples of Ukraine with Russia. Now forever unshaven Europeans Yatsenyuk and Turchinov set out to do away with a monument to the Hero of the Soviet Union, Army General Nikolai Vatutin, according to resource Anti-fascist. 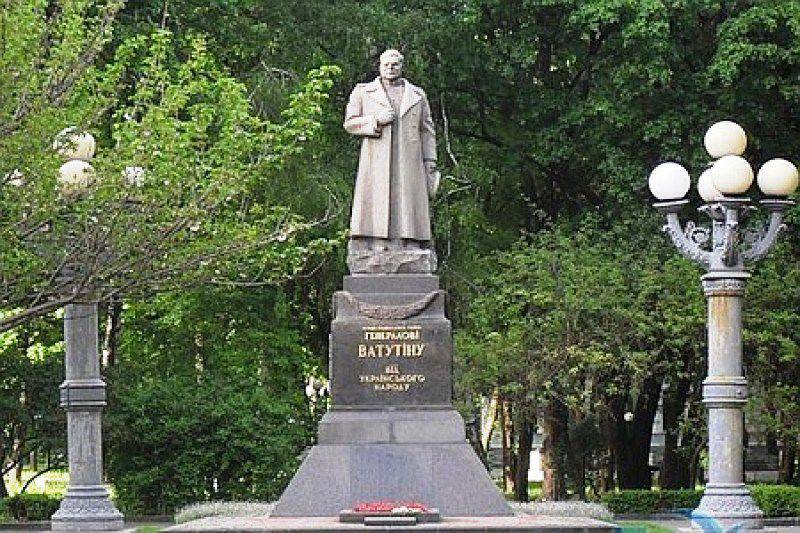 Recently, in the 85-year-old daughter of Vatutin, Elena Nikolaevna, in Prague, where she has been living for a long time, a phone call rang, and some person from Turchinov’s office said: “The Mikhailovsky park in Kiev is planning to dismantle the monument to Vatutin.”

Why did they call? Because the monument stands on the burial site and the question is about the exhumation of the remains. Such an event is held with the permission of relatives, and Kiev decided to “save face” in the eyes of an enlightened Europe and play nobleness: if you want, take the ashes and do anything with it, but don’t want to dig it up and take it to the crematorium.

In 2008, the orange-brown president Yushchenko was already attempting on the monument. Then Elena Nikolaevna told reporters: “Let them do what they want with the monument. Just let the theater out of it. They want to blow up the monument, let them blow up, they want to throw it out - let them throw it away. This is on the conscience of Mr. President and the gentlemen of the Ukrainians ... My eldest son sent a letter to the President of the Russian Federation with a request to transfer the ashes to Russia. Many cities would be happy to accept the remains of the great General Vatutin. In Moscow, they could be buried next to my mother at the Kuntsevo cemetery, there is even a place there. Now I do not know what will happen. We are sitting and waiting for events to develop ... ".

But Yanukovych came to power and removed the issue from the agenda. However, after 7 years, the story repeated.

Shortly after the call from the National Security Council to the pensioner, they received a call from the Ukrainian government. It turned out that the monument would be dismantled before the 70 anniversary of the Victory, so the general’s daughters were asked not to delay the decision to transfer the ashes.

Will the Kievans stand up to protect the monument? Hardly. Meanwhile, Nikolai Vatutin - a graduate of the Kiev military school. He is one of the most talented strategists of the Great Patriotic War. “His contribution to the greatest victories of the Great Patriotic War — the Battle of Stalingrad and the Battle of Kursk — cannot be overestimated. The troops under his command actively participated in the crossing of the Dnieper, the defense of Voronezh, the liberation of Left-Bank and Right-Bank Ukraine. It was he who commanded the First Ukrainian Front, whose troops liberated Kiev from the Nazi occupation in 1943, ”the portal reminds.

According to the site, Nikolai Vatutin was injured on February 29 by UPA militants and died on April 1944 of the same year. These events occurred in Kiev, so he was buried there.

The Ukrainian authorities, most likely, will not stand on ceremony with Elena Nikolaevna for a long time, because she is an ordinary pensioner who, besides, has been an activist of the “Russian Tradition” society in Prague for many years. That is, from the point of view of the Kiev radicals, Elena Vatutina is “another enemy and not enough padded jacket”.

In this regard, the portal "Anti-Fashist" calls on the Russian authorities "to assist and organize the transfer of the monument and the remains of the hero to Russia."

“Well, let the Kiev authorities continue to degrade and put in this place what they want. Although the gorilla with a tire, ”concludes the publication. 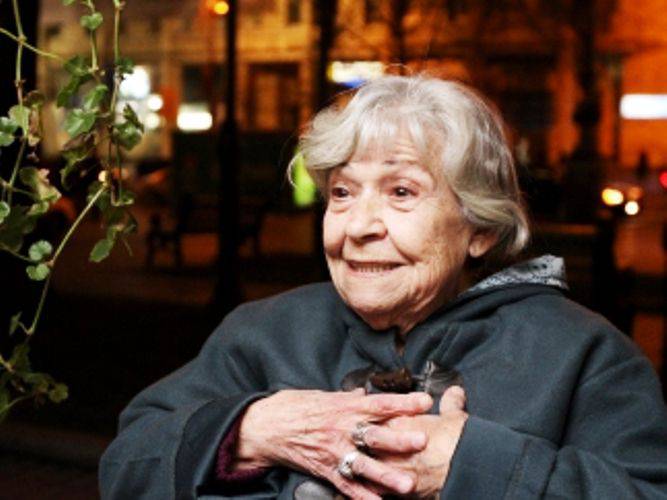