March 16 2015
52
The head of the Ministry of Foreign Affairs of Ukraine, Pavel Klimkin, said that he had already sent a preliminary appeal to the UN Security Council on the deployment of a peacekeeping force to the east of the country. 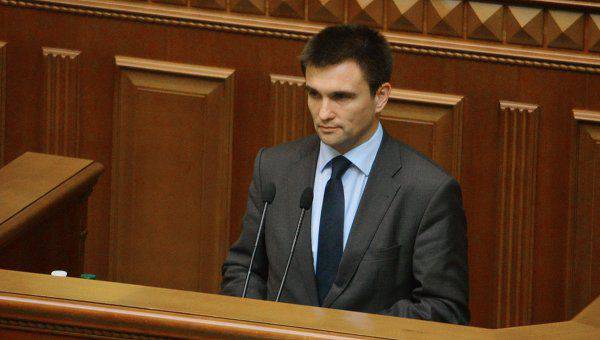 According to him, the decision to enter the peacekeepers was approved by the National Security and Defense Council, and President Petro Poroshenko will make an official appeal to the UN after the adoption of the relevant resolution by deputies of the Verkhovna Rada.

“I have already made a preliminary appeal - as a minister I had this right after the decision of the NSDC. A formal appeal on behalf of Ukraine will be made by the president, "- quotes Klimkin RIA "News".

In addition, the head of the Ukrainian Foreign Ministry noted that the talk about entering the peacekeeping contingent took place during the many hours of negotiations in Minsk, but this was not included in the final document.

“It was discussed. It really wasn’t included in the final document, ”he stressed.