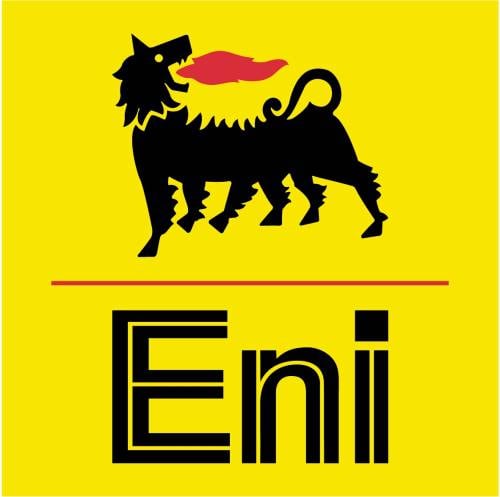 Eni recently announced an agreement with Gazprom, on the basis of which it will provide Russians with access to natural gas deposits in North Africa in exchange for increasing its own access to gas fields in Russia. Comment: “North African natural gas is often seen as an opportunity for Italy and Europe to have diverse sources of supply and, thus, to avoid an acute dependence on Russian gas. Giving Gazprom control over North African deposits is obviously detrimental to efforts to diversify the energy supply of the European Union. ”


The openness with which the American ambassador in Italy, Ronald Spogli, speaks in this dispatch, classified as “confidential”, and which the newspaper “La Stampa” could receive according to federal laws, is striking. The report was written in April 2008 of the year and sent by priority mail directly to US Secretary of State Condoleezza Rice. For reference, the document also entered the National Security Council of the White House and the Ministry of Finance. At this point in Italy, Silvio Berlusconi had just won the election and is in a hurry to form his new, fourth government, which will come into effect on May 8. On the eve of the change of administration, the American embassy in Rome (Via Veneto) informs Washington about one of the priority issues for American national interests: the energy policy of Rome, which through Eni intertwines deals concluded with Russia, with affairs traditionally conducted in North Africa, starting with Libya .

This topic is becoming more relevant today on the eve of tomorrow’s meeting at the UN, where the reconstruction of the former Italian colony will be discussed, which during the uprising expelled Gaddafi from Tripoli. Just last Friday, Eni confirmed its decision to give Gazprom half of its 33% quota on the Libyan Elephant oil field, thus continuing the open door policy with Moscow, which Washington protested three years ago. The April 2008 report of the year really begins with very clear statements: “Ambassador Spolly discussed energy security issues with a group of leaders led by Giulio Tremonti, a man who, according to the most common expectations, should take the post of Minister of Economy in the government Silvio Berlusconi. The ambassador said it was dangerous to trust Gazprom too much and that it was necessary to diversify the sources of energy supply in Europe.

The Italian oil and gas company Eni (controlled and subsidized by the state) was not explicitly named in the discussion, but everyone understood what was being said. Indeed, the diplomacy of the company, which is symbolized by a dog with six legs, immediately set in motion: “Some Eni representatives immediately called us, asking them to give them the opportunity to“ clarify some misunderstandings ”concerning their relations with the Russians. The vice president of the company held a briefing with our economic adviser, which we will report separately. ” A little later, Eni CEO Paolo Scaroni called the ambassador, asking for help in organizing meetings in Washington on 5 and 6 in May. Scaroni traveled to Brussels on April 16, which was part of the same attempt to “clarify some misunderstandings”.

Spolie seems not to be convinced by the arguments used by the responsible persons of the Italian company, and he explains his opinion to Secretary of State Rice and other representatives of the US government, anticipating, in essence, the theses with which Scaroni will arrive in the USA: “Eni is firmly convinced that the South Stream gas pipeline "(A gas pipeline designed by Gazprom to link Russia with Europe through the Black Sea) does not threaten Nabucco (gas products to deliver resources of the Caspian Sea and the Middle East to Austria via Turkey precisely in order to reduce dependence on Moscow, which gasket is supported by the Americans and by the European Union). " At this central point, it seems to the ambassador that the Italians simply laugh at him: “We have indicated to Eni that even Putin himself does not seem to think so (see“ l'Eurasia Daily Monitor ”from 5 in March of 2008 of the year).

In addition, Gazprom CEO Alexei Miller told 25 this February that South Stream "eliminates" the need to build Nabucco. The Russians, in essence, refute the convenient version for Italians in their quest for global, as it seems, control over sources of energy supply. This is a dangerous game, moreover from a position of strength, as the war that broke out in this region between Russia and Georgia in August 2008 shows in a few months later, in August. Consequently, Spolie confirms America’s opinion: “Our position regarding the influence of South Stream on European energy diversification was clearly stated by Deputy Assistant Secretary of State Matthew Bryza of February 26:“ Of course, this does not contribute to diversification. South Stream increases dependence on a single supplier. ” At this point, Spollier's report turns to another sore subject concerning cooperation between Eni and Gazprom, namely, to North African resources.

In the picture painted by the ambassador, these resources are fundamental in the problem of reducing Europe’s dependence on Russia, because they provide a strategic alternative that Moscow has no opportunities to influence. Consequently, he criticizes Eni’s decision to provide Gazprom with access to North African gas, explaining that this damages the strategic goal of diversification. The document further provides a biographical link to the Eni CEO, which seems to prepare Washington for the opportunity to strike: “Those responsible who meet with Scaroni should be aware that, according to the press, in 1992, he pleaded guilty to corruption in the construction of the power plant in Brindisi ".

This investigation was part of the corruption-related scandal of the giants (Operation Clean Hands), after which there were no post-war political parties in Italy. Scaroni was sentenced to a year and four months in prison, but he did not spend a single day there. Some reports on corruption in Eni have a recent past. The company owns the 25% Tskj consortium, which is under investigation by Sec for alleged payments to Nigeria officials. In addition, in March, 2008, the British and Italian authorities launched an investigation into a corruption case on the sale of a large mobile communications system in Italy. It is alleged that employees of the Italian energy company Enel, which is controlled by the state, received bribes from an Egyptian company that could acquire this system. Scaroni was the CEO of Enel at the time.

Spolie, however, does not close the question and hopes for possible explanations: “We know that Scaroni confirmed the meeting with the assistant secretaries and the deputy national security adviser. We strongly recommend that these meetings take place. ” We are talking about key characters in the US administration, who are responsible for the development of relations with Europe, for economic and energy problems in the US Department of State and the White House. Spolla's reports do not explain in detail how Scaroni met in Washington and what clarifications were made. Eni, however, says that all issues were resolved thanks to a series of meetings at the highest levels. New Eurasian Energy Special Representative Richard Morningstar has weakened criticism of South Stream, and Gazprom’s entry into Libya is currently associated with oil, not gas.

Tomorrow, all these topics will be discussed at the negotiating table at the Friends of Libya in the UN meeting, where approximately 80 delegations will discuss the future of the country and, consequently, access to natural resources that should enrich Tripoli.

We are in Yandex Zen
The creators of military camouflage inspired natural camouflage octopus and cuttlefish
4 comments
Information
Dear reader, to leave comments on the publication, you must to register.