Serdyukov and the army 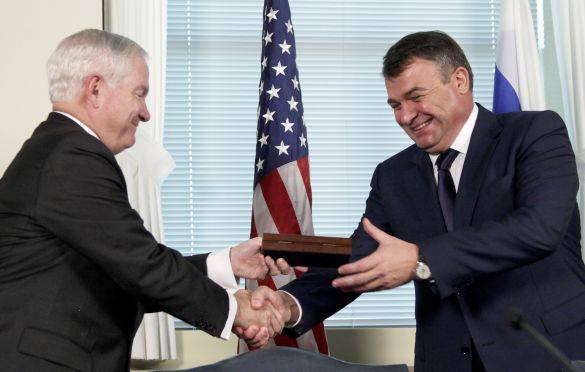 Already 4, the post of Minister of Defense takes Serdyukov. There are more than enough contradictions, but it is necessary to look objectively at the ongoing reforms and to single out not only their negative sides, but also positive ones.

Reforms are needed, it is an indisputable fact, which is pointless to discuss. For many years, military technology has been an advanced branch of science, for this reason little is developing at such a rapid pace as weapons and military equipment. Under these conditions, with the stagnation that had formed in the previous two decades, something had to be done. This is exactly what the new minister should have done.

Whatever we say and whatever shortcomings we try to look for, a lot has been done. First of all, even if not the most advanced, but new equipment, the need for which all the Armed Forces experienced, began to enter service. During the period of trial operation, deficiencies are being eliminated, on the basis of which the industry should promptly eliminate them. The purchase of certain types of weapons abroad is due to a number of inconsistencies in the characteristics of our samples to the requirements of the modern Armed Forces. No one refuses to support the Russian defense industry, and moreover, huge funds are being subsidized for the development of the military industry, but at the current stage in a number of areas it is more expedient to use foreign equipment, if only to work out a methodology for working with it and set tasks for manufacturers .

After years of stagnation, the Armed Forces began to take an active part in both Russian and international exercises, in connection with which the level of combat training and interaction began to grow. Taking into account the events in Georgia in 2008, appropriate conclusions were made and shortcomings are eliminated in practice, largely with the use of new technology.

The housing supply of the servicemen, after all, has moved, the military mortgage program is actively working. Unfortunately, it will not be possible to distribute all the apartments at one o'clock, but in the future the officer corps is unlikely to remain homeless. Young officers who have the desire to buy apartments now, and this is an indisputable plus. As for those who did not get into the military mortgage system, such rates of housing obtaining as we are seeing now were never in the post-Soviet period.

Media support has been created for the Armed Forces, which is aimed at propaganda and coverage of life in the army, work is underway to establish a contract service.

Material incentives in the Armed Forces have allowed many families of servicemen to reach a new level of life. Many promise promising orders to increase the money allowance, and few people doubt whether financial security reform will be beneficial.
However, there are drawbacks. First and foremost, they are connected with the regular reduction of the Armed Forces and the reform of their structure as a whole. Here, unfortunately, you have to "cut to the quick." Any system has flaws, it must be admitted, and they can be identified only when the system begins to work. Under these conditions, people should not keep silent about the problems, but talk about them. Thus, the manifestation of civil position deserves respect. Holding the rally under the slogan "Army against Serdyukov" was in itself necessary and necessary, however, the requirements for resignation are not entirely correct. There are a lot of dissatisfied people, so many supporters, who finally began to receive apartments, and, finally, began to fly, carry out shooting and engage in their favorite business. The problem of providing military pensioners with housing and their standard of living is an acute problem, but it must be solved constructively, not against someone, but for their rights. Supporting and understanding its participants, I do not agree a bit on concreteness.
The imperfection of the 400 order is obvious and indisputable, however, with all this, concrete people are involved in violations of the law associated with it, and far away without the order of the first persons. In fact, in many respects, the checks carried out in the Armed Forces for corruption, have yielded results, very often the measures applied to commanders who are not at hand, are very tough. In the same cases where the levies continue, the people themselves are to blame for whom it is convenient to live as a slave.

Understanding that all is not well and perfectly, it would be illogical to demand the minister’s resignation on the floor of his reforms. No matter how big the eyes of fear are, the next catastrophe of unfinished reforms is much worse than reforming to create a "new look"