Commander of the punitive units in Ukraine appointed accused of terrorism

February 3 2015
45
Deputies of the State Duma of the Russian Federation “congratulated” the Ukrainian army on the fact that in it the command of the paramilitary units entrusted to persons accused of terrorist activities. We are talking about a man who, instead of Isa Munaev who was killed in the Donbas, headed a battalion named after Dudayev. This is Adam Osmayev. 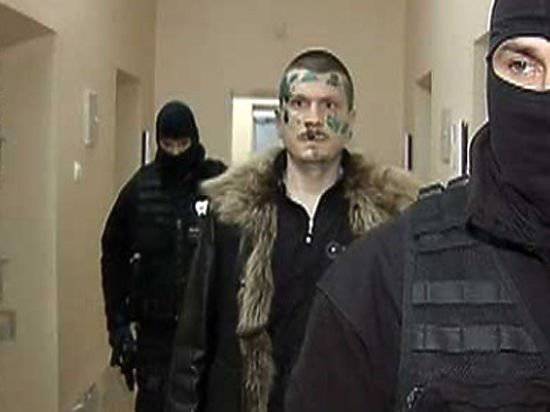 “Congratulatory” words were expressed by MP Frants Klintsevich, representing the Duma committee on defense and security. The words of Franz Klintsevich leads news agency Regnum:
Wow metamorphosis: a terrorist yesterday, and today a battalion commander. But in fact, for Osmayev, nothing has changed, as he was a terrorist, so he stayed. True, he can now use his "practices" quite legally. It remains only to congratulate the Ukrainian army on such a replenishment.

It must be recalled that Adam Osmayev was once detained in Odessa on charges of plotting an assassination attempt on Vladimir Putin. In respect of Osmayev, the Ukrainian law enforcers themselves opened a criminal case on charges of terrorism. Osmaev spent about 2 years in prison and 9 months, after which he was released, and all charges of terrorism were dropped by the court.

Yesterday, after the destruction of Munaev, Osmayev was appointed commander of the “Dudayev battalion”. The head of the Chechen Republic, Ramzan Kadyrov, on his page in Instagram writes that it was Osmayev who was involved in the murder of Munaev:

Isa Munaev is killed. His murder on behalf of the SBU and CIA agents was organized by Adam Osmayev and Amin Okuyev. (Munaev) was never a warrior and, moreover, a real man. Can a warrior, a Chechen, a man leave his commander in battle? And Munaev fled Grozny without thinking, leaving his "commander in chief and president of Ichkeria". All these years he has been on the hook in Western intelligence agencies. They finished him off when they realized that I. Munayev was not worth a depreciated hryvnia.
Ctrl Enter
Noticed a mistake Highlight text and press. Ctrl + Enter
We are
Ukrainian prosecutor’s office dropped charges against Adam Osmayev for preparing the assassination of Vladimir PutinWho "invited" to Ukraine the "battalion named after Johar Dudayev"?
45 comments
Information
Dear reader, to leave comments on the publication, you must to register.