Odessa. About Kulikovo field and hundreds of graves of "surgical waste"


- The duty officer on the city calls, asks to direct militia and firefighters to Kulikovo field.
- And why are we there? What is burning there now? Only tents?
- Tents ...
“But they don't threaten anything there.”

These are fragments of the negotiations of the dispatcher of the Ukrainian rescue service “101” in the city of Odessa for 2 in May 2014 year - the day when Odessa was shaken by a terrible tragedy, called Odessa Khatyn. The audio material contains several dozen calls from residents of the city, calling for the rescue service to take action:

The dispatcher, who on that fateful day worked “on the phone” of the rescue service, as well as representatives of her leadership (together with the “Colonel Comrade” mentioned in the story), showed their “highest professionalism” and in fact gave an answer to the question of why no measures were taken to prevent the fire from seizing the building of the House of Trade Unions. No measures were taken, because no one was going to take these measures. The servicemen simply sat down their pants, apparently fearing that the new Kiev authorities could later blame them for opposing the Maidan activity.

Exactly nine months have passed since the day when, according to official data, 48 people died in the fire and caustic smoke of a burning building on the Kulikovo field in Odessa. Of these 48, four corpses remain unidentified. It is worth recalling that, immediately after the tragedy, the head of the Odessa Regional State Administration, Mr. Nemirovsky, made a cynical statement in which he effectively justified the acts of the murderers:

Actions of Odessans aimed at neutralizing and detaining armed terrorists are considered legal.

The head of the Odessa region called the murder of 48 unarmed people "neutralization." Terminology, obviously giving the Nazi tacit of the era of the Third Reich.

At the same time, Mr. Nemirovsky did not specify that among the instigators and murderers, the overwhelming majority were not Odessans, but “guest performers” from among the supporters of Kiev's Maidan, including Pravosekov activists and representatives of ultra-radicals from Freedom’s “Freedom” buses “imported to counter separatism ".

The case of the crimes committed in Odessa 2 May, meanwhile, continues to be heard in the Malinovsky City Court. On the eve of a regular meeting there, however, it did not lead to the result for which those responsible for the 2 tragedy in May would have received a well-deserved punishment. Judge Malinovsky court case was sent to the next further investigation, since "errors were found in the indictment of the prosecutor's office."

Will this case ever be “further investigated”, and will both the murderers and those who have committed deed punishment indulge in the mass murder be punished? - It seems that this is a rhetorical question. With the level of radicalism that manifests itself in Ukraine now, one can hardly expect that the judge will make a severe conviction against the militants of the same “Right Sector”, who after Odessa, thirsting for blood, went to the Donbass. The point that the case will be posed by the current Ukrainian government may boil down to the well-known thesis: “fatal accident”, “they set fire to themselves”, “there were no fire engines” ... “Thank you all, everyone is free” ...

Meanwhile, residents of Odessa publish in the network not only conversations with the dispatcher “101”, but also other negative episodes that attract attention. They are not connected with Odessa Khatyn, but they clearly fit into the general outline of what is happening in Ukraine since the moment of the anti-constitutional coup. AT LiveJournal there were photographs taken by a local resident, depicting the flat rows of strange graves going to the horizon with the plates “surgical waste” and “unidentified man” thrown at them at the city’s Western cemetery. 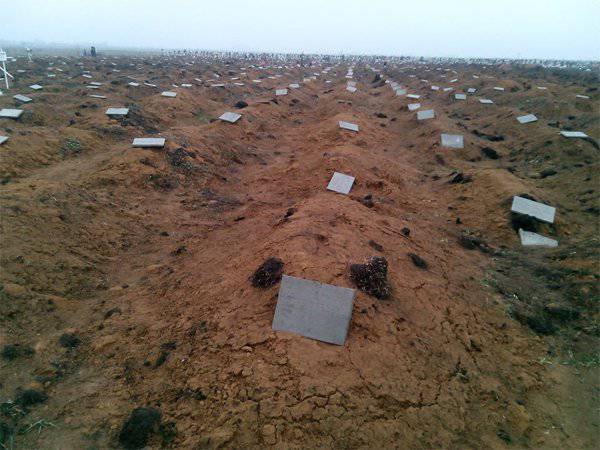 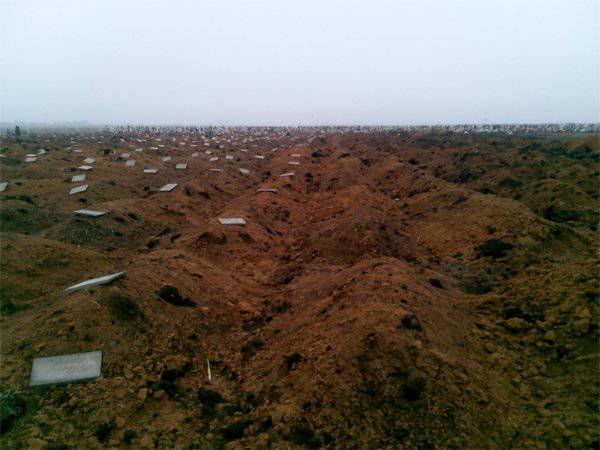 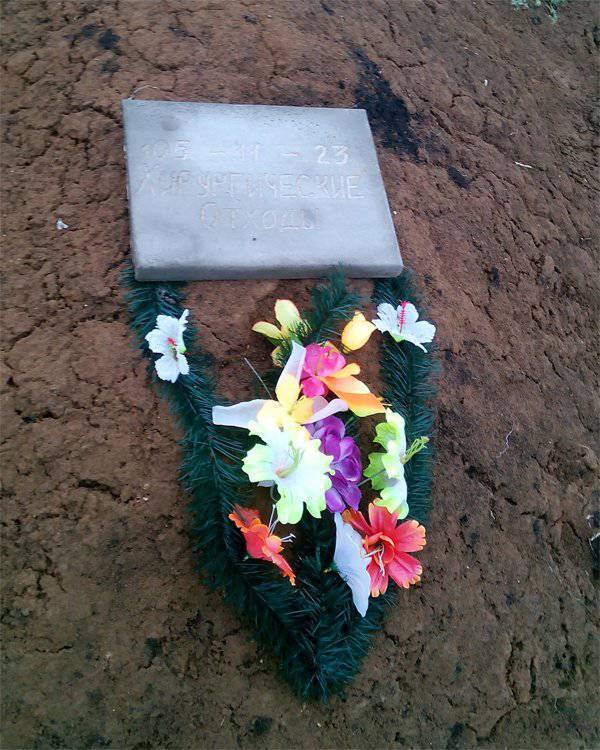 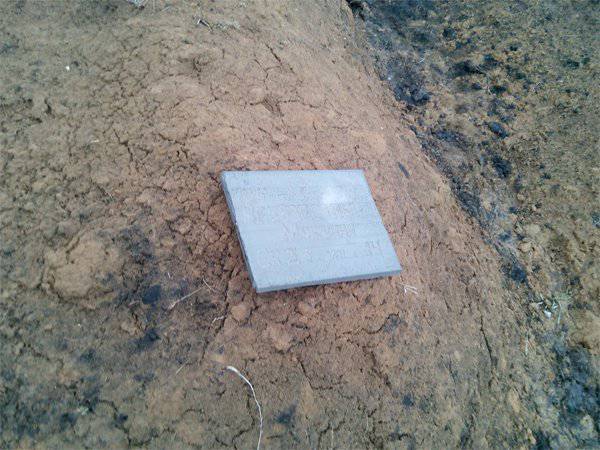 One would assume that the local clinics decided to carry out a large-scale campaign for the disposal of surgical waste, including excised hernias, etc., but, according to evidence from Odesa residents, there was nothing like that at local cemeteries. Fresh graves for “waste” in 2014 year are hundreds of times more than, for example, for 2011-2013 taken together ... And the number of “unknown men” buried in one of Odessa cemeteries may say that “waste” means what remains of the mobilized Ukrainians sent to the Donbass. Of course, it is impossible to assert that these are the graves of those who were killed in the Donbas or what was left of them. However, statements about the massive replenishment of the Odessa cemetery with the “fruits” of the work of ordinary surgical departments of local hospitals look unconvincing.

Four years ago I had a chance to visit Odessa - a flourishing, vibrant city, a city of smiling and good-natured people, a city in which there was no place for despondency. Today, there are completely different associations with Odessa. This is monstrous, but “Pearl by the Sea” gives terrible informational reasons to remind oneself - death, mass murder, blocking the fascist scum that had raised its head in Ukraine, unnamed graves in a damp cemetery. What did you do with Odessa? Or will they say in Ukraine again that we are overreaching here in Russia, hitting the “Kremlin's propaganda paws”? ..

Ctrl Enter
Noticed oshЫbku Highlight text and press. Ctrl + Enter
We are
Situational analysis of the death of the MH17 flight (Malaysian Boeing 777), made on the basis of engineering analysis from 15.08.2014Results of the week. "Whose will you be?" Whose serf, I ask? "
Military Reviewin Yandex News
Military Reviewin Google News
56 comments
Information
Dear reader, to leave comments on the publication, you must sign in.