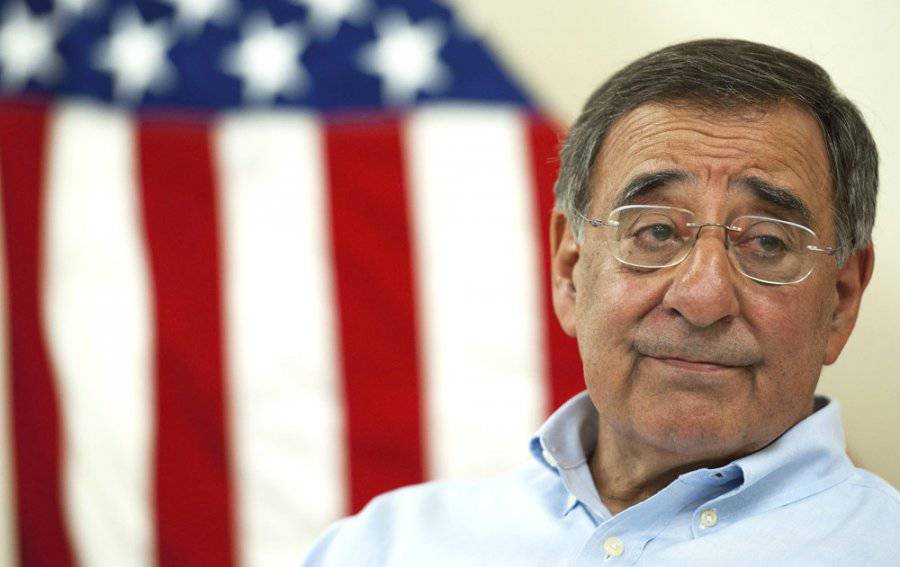 In a recent interview on PBS American radio, chief American military official Leon Panetta, who now heads the Pentagon, told which countries he sees as threatening the United States. Of course, the “old acquaintances” Iran and North Korea are on the list. In addition, the current Libya, Iraq and Afghanistan are in the list of Panetta, where American troops are either actively engaged in military operations or are supporting insurgent formations.

But most of the questions from radio listeners were caused by the fact that Mr. Panetta contributed China, India, Brazil and Russia to the number of potentially dangerous powers for the United States. According to this, these states are developing rapidly enough, and this can serve as a "bell" for the United States to the fact that their (States) place of the main hegemon of all humanity can be shaky.

If for someone in the world Panetta’s words about the BRIC countries, including Russia, as a new “axis of evil”, caused a shock, then Russia has long been accustomed to consider itself the main irritant of the star-striped Empire. Since the moment the USSR defeated fascist Germany, our state does not give rest to the American state. During this time, our general secretaries and presidents changed, elections were held in the United States, but the attitude of the two states to each other was something that could be hidden there, frankly hostile. After the collapse of the USSR, America suddenly lost such a large external irritant, which was the Soviet power and temporarily switched to others. The North Koreans with their sluggish nuclear program and Iran, which is working either to enrich uranium, or to a peaceful atom, got into the hot American “embraces”. In general, for ten years, the American authorities “exchanged small things”, taking all sorts of sanctions against these and some other states. But Congress demanded the enemy more seriously.

And then came the new millennium. Someone, who until now is incomprehensible, delivered a blow to the US 11 September 2001 of the year. They began to look for a terrorist underground, and stubbornly led the strings to the Taliban and not even to the palaces of Saddam, or to the CIA, or to some big American businessmen. Absolutely, our overseas friends were already disappointed when they suddenly saw that the Russians began to recover a little after several years of intensified democratization, and then the Chinese strive to take away the palm in GDP. So Mr. Panetta was boiling over to include these states in potentially dangerous for the USA.

Well, let's say Russia, to put it mildly, has not always been loved in the West. The Chinese began to fear because of seriously growing economic and military power just yesterday. And what about the Hindus and Brazilians? It is hard to believe that the Brazilian army will suddenly take up and attack American military bases. I would like to note: they need it? And the Hindus, with their philosophy, are certainly not going to bomb American cities.

It turns out that Mr. Panetta had in mind only the economic component of the issue. If so, then where is his Pentagon. Or now in the United States decided to link the problems in the economic sector with the military. Maybe Panetta hinted that the US Army receives so much from the state, so, they say, be kind enough to find an enemy and get the trophies from that one.

And the statements that he, he says, is glad to cooperate with Russia and other named countries so that they do not destabilize the situation in the world, sound at least ridiculous. Does the head of the Pentagon believe that it is India and Brazil that are conducting destructive actions in the world? Or maybe it is China and Russia who brewed the North African porridge in the form of endless sand revolutions. In general, one thing is clear: the Americans are in dire need of another enemy. Panetta received an explicit order to find such an enemy, because in Libya, it seems, the Americans have already achieved what they wanted. So I remembered the man of those whom I read in school textbooks. But all the same with the Indians and Brazilians, he clearly lost his temper ...

We are in Yandex Zen
Strangulation: the context, conduct and consequences of the American naval blockade of China
Almost round-the-world tour of Leon Panetta
21 comment
Information
Dear reader, to leave comments on the publication, you must to register.