January 19 2015
30
In the world there are many options for work, which is called dustless. Dusty work is not only in the sense that a person does not get his hands dirty at a factory, in a car repair shop or when harvesting, but also because the responsibility is close to zero. One of the types of work classified as “dust free” is the work of the so-called international rating agencies. People with a clever look and white-collar sitting in leather chairs and from time to time declare that the sovereign rating of a state must urgently either "drop" or raise. Moreover, such people are not particularly eager to explain whether the reasons for raising or lowering the rating of the economy are objective or not. Once said, it means objective - already “by definition”. 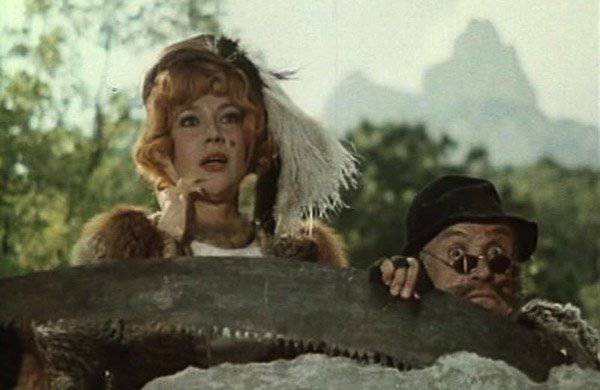 The most successful in terms of such activities are Fitch, Moody's and Standard & Poor's. These are very closed offices that are steamed in their own juice. Their functioning is in many ways reminiscent of the activities of a totalitarian sect, which has its own top, and adepts must believe in the infallibility of this top, sometimes under the influence of the cane system.

Recently, the cane system of "international" rating agencies has been directing its quasi-religious activities to convince Russia of the wrong choice of its political "faith." If you continue to use the language of religion, then rating agencies scare Russia by imposing an anathema for its intractability with the main "exclusive" civilization in the existing world.

Two agencies (S & P and Fitch), which are so independent that it is, well, simply impossible to doubt, decided to put the Russian economy at the level of a “pre-trash” (pre-speculative) rating. At the same time, the agencies themselves announced that soon they would be ready to lower the rating level of the Russian economy to the “junk” (speculative) mark, which will affect banks' loan portfolios, the debt securities market and lead to even greater capital outflows (in 2014, “Net” capital outflow from Russia at about 155 billion dollars). Only Moody's still associates the rating of the Russian economy with a mark that is two steps higher than speculative.

But lowering the sovereign rating of the economy of the whole of Russia to “independent” agencies seemed not enough. It turned out that the range of activities of “specialists” in these agencies is so wide that they are ready, as they say, to sort out the ratings of each subject of the Russian Federation separately, each bank and almost every municipality and rural settlement. So, last Friday, a countdown appeared in which the restless Fitch decided to try out the cane system of convincing Russia that it was “not right”. Representatives of the agency literally rushed to lower the ratings of Russian banks (they counted as many 30 banks, whose ratings were “too high). After the banks, enthusiasm manifested itself in relation to the Russian regions: they lowered the rating of Moscow, St. Petersburg, Tatarstan, the Khanty-Mansi Autonomous District, and the Tyumen Region. Striking activity. They work, poor fellows, without weekends and holidays - is it a joke to say how much more there is ahead.

But such activity of rating sectarians was not left unattended in the camp of the Russian authorities. Deputies of the State Duma decided that rating organizations that call themselves independent, take a lot of themselves. In the coming days, the Committee of the State Duma on constitutional legislation and state-building intends to discuss the activities of “fitchey” and other “independent” international agencies in Russia. According to representatives of the Duma Committee, the activities of these organizations can be regarded as threatening the national interests of Russia and aimed at destabilizing the situation in the country.

The deputy chairman of the aforementioned committee, Alexander Ageev, is quoted by the newspaper "News":
Previously, the draft was reviewed by the committee’s staff, and a positive conclusion was prepared there. Probably, this issue will be considered at a committee in the coming days. I myself support this project.

The State Duma said it was proposed to create a three-step mechanism for evaluating the activities of foreign financial and analytical organizations. The first step is the Ministry of Internal Affairs, the second is the Ministry of Foreign Affairs of the Russian Federation, the third is the General Prosecutor’s Office. According to the decision of the General Prosecutor’s Office, as the deputies report, this or that organization (speech and rating agencies) may be deprived of the opportunity to function in the territory of Russia.

It would seem that it is better not to talk about banning the activities of international rating agencies, but to attend to the problems of the Russian economy, and these agencies themselves will lose the desire to lower their economic ratings. This, of course, is correct. And arguing with such a thesis is hardly constructive. But the fact is that only complete, excuse me, idiot is not able to notice that the agencies involved in the compilation of economic ratings work in the format of an amazingly selective rating system. The states, which in their “assets” have debts exceeding 100% of GDP, and which are forced to recruit new and new loans to pay off old loans, are in the leading list of the same Fitch. Why on earth? According to this logic, it turns out that the more you have debts, and the more money you are, waving your fists (or your hand with a gun), you are ready to beat out from others, the more economically reliable you are. So what? ..

To assess the situation, you can look at the rating data provided by S & P. How the economy, for example, Japan, whose national debt has exceeded the bar in 210% of GDP, is defined by S & P as an economy “with high-quality commitments” (one of the leading positions in the rating). On the basis of the fact that the puppeteer of Japan is sitting in the state under whose auspices these rating offices operate. What grounds do international rating agencies take into account in order to declare the sovereign ratings of Greece, Latvia, Ireland, Spain, Portugal at once a few steps higher than the Russian? The agencies have one answer: because the oil price has dropped, the ruble exchange rate is low, sanctions and so on ... So what? Has Russia suddenly stopped servicing its loan obligations? Not ceased. Has Russia not been able to pay something for the debts? I could and can. If we express ourselves emotionally, then Russia's gold and foreign exchange reserves alone will be enough to buy, for example, the whole of Latvia, whose economy S & P is estimated to be significantly stronger ... Stronger? Well, nonsense is ...

This is exactly what makes it possible to think about whether the objective work is carried out by rating agencies, or is it just another branch of the American administration that fulfills the order of the owner in his economic and political interests? ..

Ctrl Enter
Noticed oshЫbku Highlight text and press. Ctrl + Enter
We are
Continuing the sentimental story about the duel "Russia - rating agencies"Credit rating of Russia against the ratings of the BRICS countries and the republics of the former USSR
30 comments
Information
Dear reader, to leave comments on the publication, you must to register.