December 2 2014
59
Kurt Cobb is a writer, analyst, journalist whose materials appear regularly on the web pages of specialized and popular publications: Christian Science Monitor, OilPrice.com, Le Monde, and others. He maintains his own blog, Resourse Insights, from which many media reprints his articles. The topics that the author deals with are energy and ecology. The other day, Comrade Cobb spoke about what awaits American producers of "shale gas." 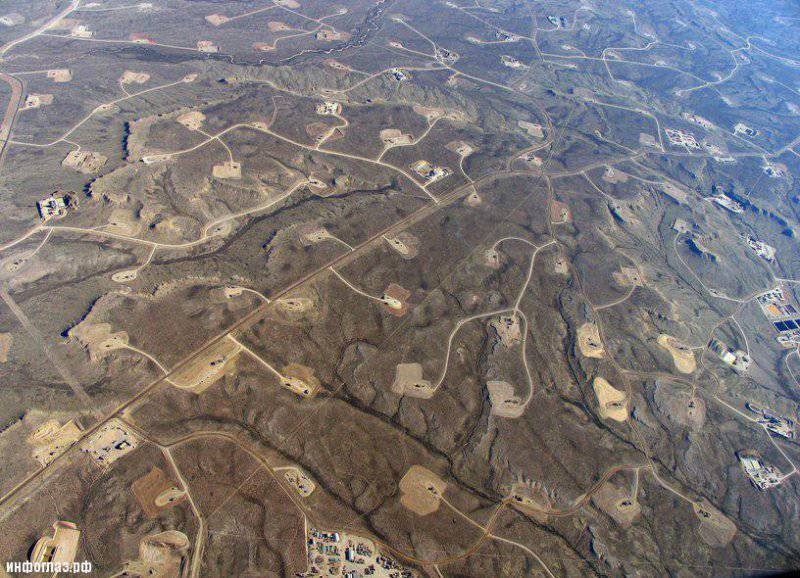 One of the last articles of the analyst in his блоге It is dedicated to the question of the “death sentence”, which Russia and China have signed to the “American export of liquefied natural gas”.

Kurt Cobb points out that the signing by Russia and China of the two “big gas agreements” over the past six months means that Russia has turned its eyes to the east. This is Moscow’s response to the “sanctioners” from Europe, which is still the largest importer of Russian energy resources.

However, it is not only about Europe.

As is known, American natural gas producers are dreaming about their dream of exporting LNG outside the country. They are interested in the Chinese market. However, with the Russian contracts their dreams came to an end. The Chinese market, which in the future should be the largest and most profitable for LNG exporters, will now take over the Russians!

Exploration specialist Art Berman, who was previously skeptical about the “viability” of US LNG exports, wrote to Cobb via e-mail that Russian gas supplies brought down the price of LNG delivered to Asia to 10-11 dollars per thousand cubic feet (1 cubic foot equals 0,03 cubic meters. This price is too low for the export of American LNG: suppliers will remain without profit.

The expert believes that natural gas producers in the United States are trying to fool the public with tales of the "American energy revival." The basis of this myth is the buildup in the United States of gas supplies produced from deep shale deposits by the method of hydraulic fracturing.

However, inflators have a serious difficulty: along with overproduction, the industry is extremely unstable against the market factor of prices. Today the market does not give 13 dollars per thousand cubic feet, as it was in 2008 year. The financial sustainability of natural gas production is undermined by the market itself. Drilling wells becomes unprofitable!

And the expert explains why.

Natural gas produced from shale (the so-called "shale gas"), as a rule, costs the extracting companies more expensive than "ordinary" natural gas. In fact, the shale market dreams of raising the prices of natural gas to heaven - to become much higher than today. Then the companies will be profitable to liquefy and transport "shale gas."

But at today's price, LNG is already uncompetitive in Europe. Now, due to the Russian-Chinese deal, as a result of which the gas will flow through the pipeline, the American “shale gas” will not be able to be competitive in Asia either.

And Europe and Asia are the two largest markets for LNG. Without them, it’s generally doubtful, the author writes that the United States will export more LNG somewhere. Well, unless at a loss ...

A big problem, the expert writes, is for Americans how to liquefy gas and transport it. All this increases the price of fossil fuels. For transportation, we need special tankers that need to be built, and then these tankers will have to go to Europe or Asia. If the price of gas produced in the United States is approximately 6 dollars per 1000 cube. ft, then the cost of American LNG is calculated by the formula: the cost of gas plus the cost of its processing, loading and transportation. Bottom line: about 12 dollars per 1000 cubic feet.

Prices probably fell due to lower energy demand. This may be due to a slowdown in economic growth in Asia and Europe, the analyst believes.

This picture gives a visual idea of ​​how the suppliers of American LNG will have to survive in the market.

Prices for the export of gas would be set by the market on the New York Mercantile Exchange, the author believes. They would consist of the original price from suppliers plus the cost of liquefaction and transportation. Kurt Cobb does not believe in export prospects at all. Under the circumstances, he notes, it remains to be seen whether the industrialists will build at least some of the alleged LNG export terminals from 14.

According to the expert, approximately 17% of natural gas supplies to the PRC will go from Russia in the near future. The commissioning of pipelines is likely to fix the price of Chinese LNG imports between the 10-11 dollars mentioned. That is, the price will be too low to promise any benefit for US exporters of LNG.

Moreover, within a few years, low prices for LNG imported by China (not only by China, but also by other Asian countries) may become the norm. If some investors think to finance the construction of terminals, there will be an “epic squandering of capital on the American side of the Pacific Ocean”.

The author finds other reasons for skepticism about the future of America as an exporter of natural gas.

Yes, we can assume that some US export projects on LNG will advance "in any case." Suppliers may conclude with buyers a long-term contract under the “cost plus contract price” scheme, but in the end buyers will face a “big surprise”: after all, the price for gas in the US will certainly increase.

And another interesting thing: the rise in US natural gas prices will be a double-edged sword for those who are concerned about the country's energy future. American producers of natural gas will be happy with the increase in prices: money will flow into their pockets. The owners of companies trading in renewable energy resources are also encouraged; after all, these energy sources will become more competitive if gas prices rise. But environmentalists "will suffocate with horror": an increasing number of gas workers will wander around the American fields, turning them into deserts and disfiguring the landscape.

And those American politicians who are now in favor of exporting LNG may end up at the pillory, concludes Cobb's thought.

Thus, we will add in conclusion, the expert exposes the mythical future of American energy, which is drawn by the strategy hawks sitting in Congress and dreaming to turn Gazprom away from Europe. While they thought (and still think) about Europe, the Kremlin thought about Asia.

Observed and translated by Oleg Chuvakin
- especially for topwar.ru
Ctrl Enter
Noticed oshЫbku Highlight text and press. Ctrl + Enter
We are
Results of the week. “I do not file on Fridays”The fight against terrorism. An inside look (blog of Ingushetia special forces)
Military Reviewin Yandex News
Military Reviewin Google News
59 comments
Information
Dear reader, to leave comments on the publication, you must sign in.