Ukrainian Mi-24, equipped with thermal imagers and modern missiles, will soon appear in the ATO zone.

November 28, 2014
137
Kiev methodically increases the capabilities of its group in the Donbass. It is expected that nightly versions of the Mi-24P helicopters will appear in the sky over Novorossia, reports Messenger of Mordovia. According to some reports, the pilots have already completed their development. 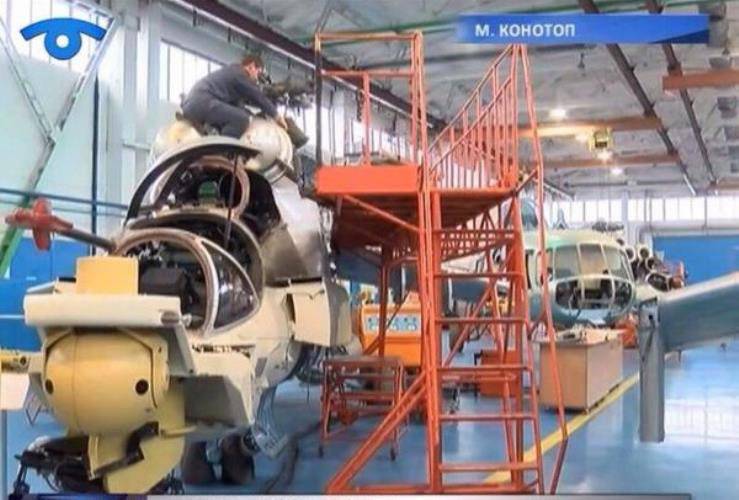 The article states that "this machine looks different from the earlier modifications of helicopters in the line by the presence of the so-called" ball "of an optical-electronic gyro-stabilized platform of the Sagem company."

With its installation, the updated helicopters were able to work at night as well as during the day. The fighting qualities of the vehicle were undoubtedly increased by the Barrier-V guided missiles. Missiles are capable of hitting targets at a distance of 7,5 km. That is, the target can be destroyed from a point outside the reach of the portable Igla-S air defense system.

The helicopter flight characteristics are improved by installing new TV3-117ВМА-СБМ1В engines. And the station of optical-electronic suppression "Adros" should improve the security of the machine from attacking anti-aircraft missiles.