The American military from the European contingent was forbidden to issue its military and national identity, but it did not save from beatings in Turkey

November 19, 2014
57
The representative of the European Command of the US Army (and in the American Army there is such a post) Gregory Hicks said that a special directive was distributed among US troops stationed in Europe. The directive states that the American soldier once again does not need to cover the topic of exactly which country he represents. This is with reference to the European headquarters of the American command reports Associated Press. 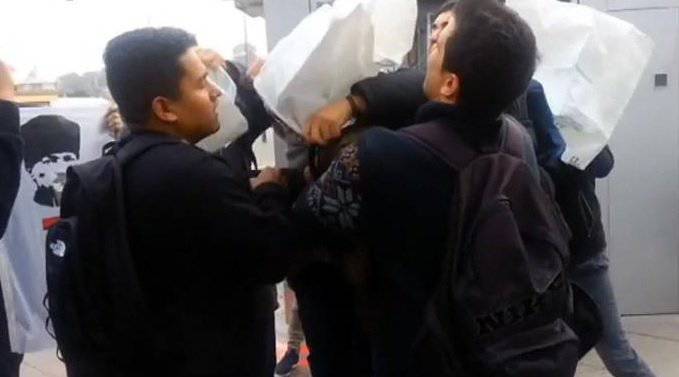 The directive concerns approximately 70 of thousands of US military personnel who are located at various bases in Europe. The appearance of such a directive is connected with radical attacks on soldiers in Britain and Canada.

The Associated Press reports that a scandalous incident with American sailors recently occurred in Turkey. Next to the American military ship, located in the port of Istanbul, the locals staged a rally. When they saw Americans dressed in civilian clothes and appearing to be fishermen, they shouted paint and put white bags on their heads to the shouts of “Yankee, go home!” It happened a couple of days after the American command did not recommend the sailors and other American military men to say that they were the American military.