Comparison of the main economic indicators of Ukraine and Swaziland on 17.11.2014.

The information in the table is presented in 17.11.2014 (not annual). The best indicators are highlighted in green, the worst ones in red (according to the import and export graphs, the bigger and smaller growth, respectively). When assessing the current state, look at the “Last” column. 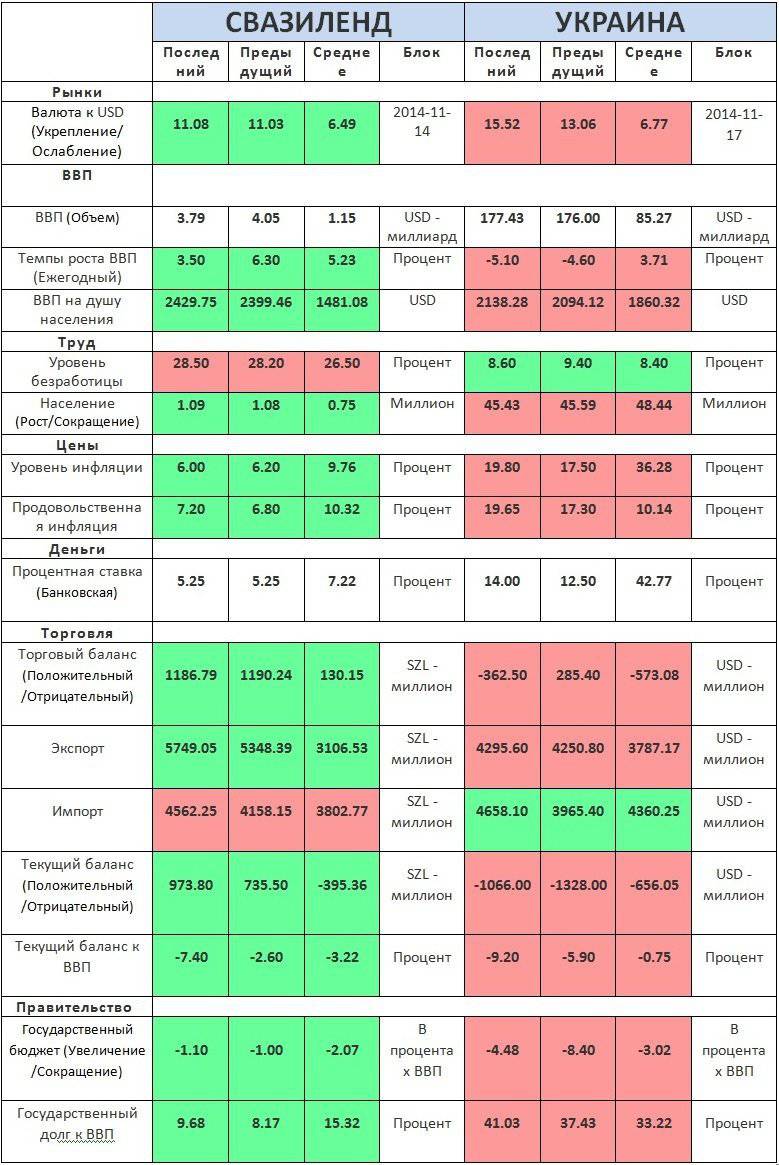 PS Swaziland is an enclave state in South Africa. Absolute monarchy. Summarizing the results of 2013, Swaziland's GDP was 3484 USD per capita (115 position in the world, IMF data). 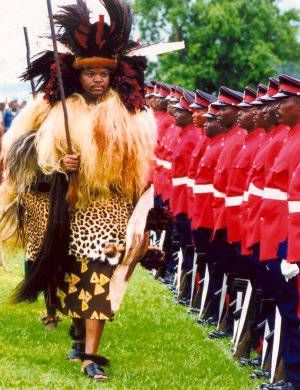 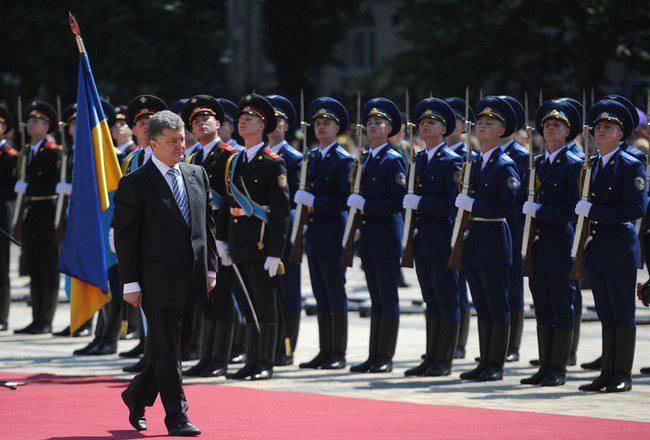 President of Ukraine P. A. Poroshenko