The myth of the ancient history of the Ukrainians 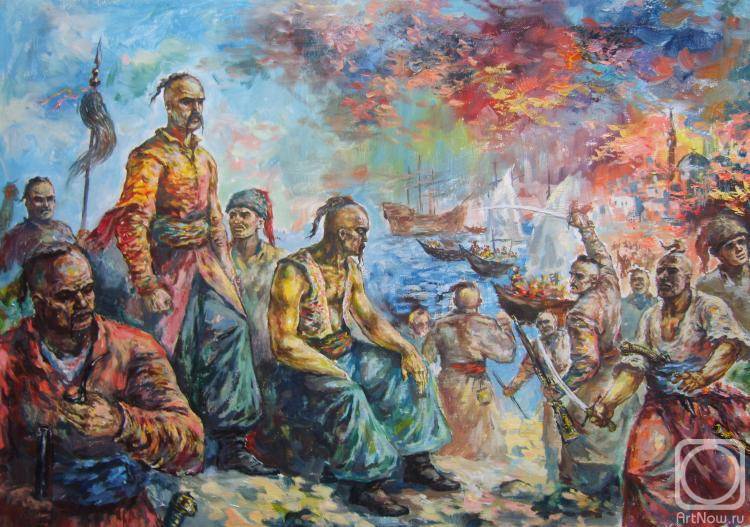 Unfortunately, modern Ukrainian история built mostly on new myths that were created, which strengthen the differences between parts of a single Russian people. Modern Ukrainian historians and politicians have taught nothing about the collapse of Soviet statehood and ideology, which in many respects were also based on the myths of Marxism-Leninism. And they are eagerly building their own - mostly nationalist myths in the field of the history of Ukraine. One of the most important, along with the myth of the Soviet occupation, is the myth of hoary antiquity of Ukrainian history.

The myth of the ancient history of Ukraine

Regarding the period before the creation of the ancient Russian state or so-called. Kievan Rus (the inhabitants of this state themselves called it simply “Russian Land”, “Russian Land”), many Ukrainian nationalist-minded (or practicing the order of the new elite) historians develop the theory of the “autochthonousness” of Michael Hrushevsky. Its essence is that the distant ancestors of modern Ukrainians have lived on the territory of the present state of Ukraine since the Neolithic period, that is, the New Stone Age, the last stage of the Stone Age.

The main goal of this politicized theory is to find the fundamental differences between the “Ukrainians” and the Russians already at the stage of the primitive communal system. The main method in achieving this goal is the desire to “close” the primitive tribes of Indo-Europeans, proto-Indo-Europeans into the framework of the territory on which the ancient Russian statehood was subsequently formed, which is accordingly attributed to “Ukrainians”. These pseudo-historians are trying to maximally push the timeframe of the existence of the Ukrainian people, to prove its “birthright” in relation to the Russian people. In principle, there is nothing surprising in these attempts - there is a political order, and nationalism is characterized by a desire to prove the “peculiarity” and “superiority” of its people, to wipe out its history. In particular, such works can be found among the Mari or Chuvash intelligentsia. True, the people are usually present, and here the situation is more complicated - the “Ukrainian people” were actually created in the USSR by entering the nationality “Ukrainian” in the passport column and creating the foundations of statehood — the Ukrainian SSR. Prior to this, there was an understanding of the fact that there is a single Russian people, and the historical areas of its settlement - Small (South) Russia, Belaya Rus, Great Russia, New Russia. 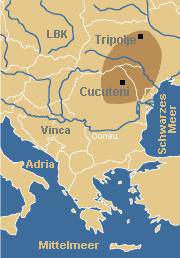 And some ukronatsionalistov so demolishes the "roof" on this background, that they give something difficult to comment, such as: Ukrainian political scientist, president of the Institute for Society Transformation Oleg Soskin. He literally said the following: “The Muscovites stole the language, the Orthodox faith, the name of the country from the Ukrainian people, and now the time has come to give it all back.” Further detailing of the topic followed, according to Soskin, there is no need to "confuse the Moscow-Kremlin occupation of Ukraine with the Russian question." The Russian Federation is the state of Chimera, the present Muscovy. The “Bandit” Peter the Great “stole from Ukraine its genetic name" Russia ", calling its empire in Latin letters RUSSIA", and the Finno-Ugricians (he calls them Russian) transformed it into "Russia". At the present time, it is time for Ukraine to return the stolen goods, and the Russians "must return to their Finno-Ugric, Turkic foundation."

In the opinion of this political scientist: modern Ukrainians are the true descendants of the ancient Russian population, the true form of the Russian Slavic ethnos, and “the Russian Federation is an artificial entity that should be divided into natural Finno-Ugric, Turkic national states”. After the collapse of the Russian Federation, Ukraine should receive such “organic territories” as the Krasnodar Territory, the Bryansk, Voronezh, Kursk, and Belgorod regions. After that, the “most powerful state of Russia-Ukraine” will be created.

While assessing the current political situation in Ukraine, the same political analyst Soskin, draws the right conclusions: “there is a fierce war between clan-oligarchic families” of Yanukovich and Tymoshenko, for the simple people the victory of one of the clans “will end with increased exploitation from the victorious family”, this actually "scorpion scramble." And the only way to save Ukraine: "the elimination and destruction of clan-oligarchic, financial-corporate groups", the expropriation of their wealth, the nationalization of natural wealth, large enterprises, the development of small and medium-sized businesses in the family form.

Thus, we see how the processes of etching of two dismembered parts of a single Russian superethnos are going on in the modern world.

Going back to the story

Modern Ukrainian historical thought boldly attributed the Russians to the Finno-Ugric world, saying that the Muscovites are a small admixture of Slavic “blood” with the basis of the Finno-Ugrians. And the Ukrainians are direct descendants of the inhabitants of the ancient Tripoli culture - this Eneolithic archaeological culture was spread in the 6th – 3rd millennium BC. er in the Danube-Dnieper interfluve, the greatest flourishing of the Tripoli culture occurred in the period between 5500 and 2750. BC er Next is the chain: the tribes of Trypillya replace the archaeological culture of corded ceramics, then “corded ceramics, Chernoles-Belohrudovskoy archeological culture, after the“ relay race ”goes to nevras (Scythian tribe), the culture of the“ burial fields ”of the Antov times. And there already is Kievan Rus - the state of the “ancient Ukrainians”.

True, it is not clear how it is possible to single out the “Ukrainians” at that time, if the Ruses then lived, this was recorded in all sources of that time, from Russian chronicles to Byzantine and Arabic sources.

We can only talk about the appearance of some differences between the Rus-Russians of South Russia and the North-Eastern regions of Russia, only after the period of the occupation of these lands by the Poles and Litvins. It was at this time that the dialect of a single Russian language, mova, appeared. After the unification of almost all the lands of Russia in the lands of a single state in the 17-18 centuries, the reverse process started, the differences began to disappear again. Therefore, one cannot speak of “Ukrainian history” before the 20 century, when revolutionary reformers created the Ukrainian SSR. 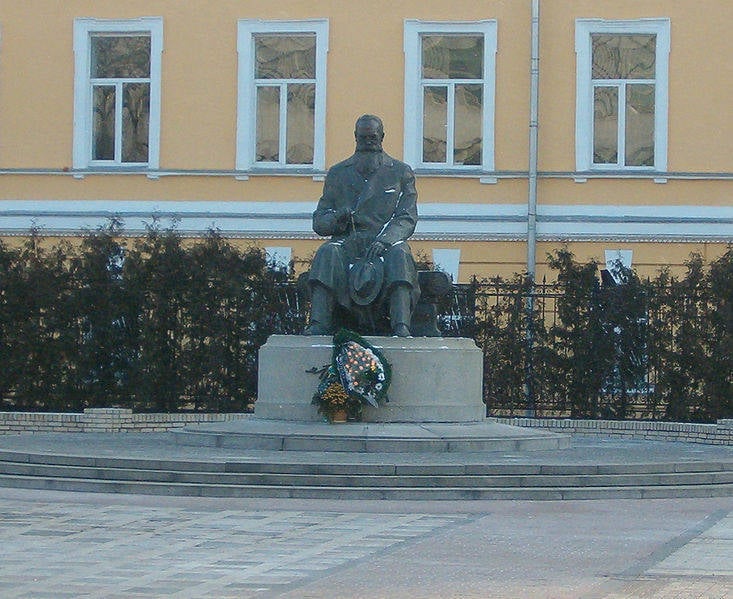 Monument to Mikhail Hrushevsky in Kiev.

We are in Yandex Zen
Coryphaeus of Ukrainian mythology
215 comments
Information
Dear reader, to leave comments on the publication, you must to register.