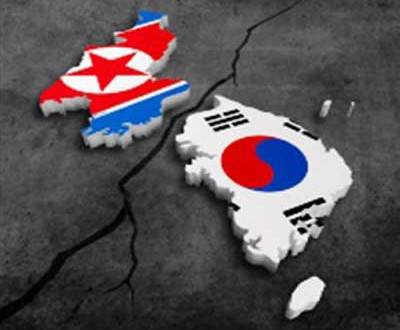 A conference on the economic integration of the Korean Peninsula and economic cooperation in Northeast Asia was held in Seoul. The forum was attended by representatives of government agencies in South Korea, diplomats, experts, scientists and businessmen. All these people set out to: count the benefits of combining the two separated Koreas. However, man does not live by bread alone: ​​besides benefits, there are also serious differences in the philosophy of unification. And do southerners and northerners really want to unite?

Decades have passed since the division of Korea into two states: the DPRK and the ROK. Relatives and friends who are on opposite sides of the borders no longer grieve so: they are used to it. Many have already died in years past. The Juche ideology and nuclear aspirations of the young Kim Jong-un scare the South Koreans from the north. The propaganda drawing the DPRK as a country of hungry communism also frightens off (which often turns out to be a common fiction of journalists). As a result, the demilitarized zone between the two countries is perceived by the Southerners as a terrible border, separating from them a terrible northern country with incomprehensible people.

However, the people have one mood, the politicians have another. Both governments are constantly talking about the reunification of the once united country. In the South, Germany, reunited with the Soviet General Secretary Gorbachev, is cited as an example (the date of the fall of the Berlin Wall, which is a real symbol of the division of the German people) was recently noted.

However, political statements and the wishes of the people are different things. Southerners, especially the young, according to a number of recent sociological polls, are not at all torn by the call of politicians to fraternize with northerners. Most of the South Korean youth generally oppose reunification, that is, rejects the idea itself.

In addition, the unification of the two countries would cost a huge amount comparable to that once spent by the Germans. And, presumably, the southerners would have to fork out: after all, the northerners have no money. This is proved by ordinary figures.

It is also known that Russia has recently forgiven 10 billions of dollars of debt to insolvent North Korea. South Korea is one of the foremost modern high-tech production. No one would ever think to forgive the debts of South Korea.

Oleg Kiryanov conveyed for "Rossiyskaya Gazeta" report from Seoul, in which he told what dividends would bring the union of South and North Korea.

On November 5, the international conference “Economic Integration of the Korean Peninsula and Economic Cooperation in Northeast Asia (NEA)” was held in Seoul, which was organized by the Korean Institute of International Economic Policy. The event was attended by about a hundred representatives of various government agencies in South Korea, as well as diplomats, politicians, experts, scientists, businessmen.

Professor of Seoul University Son Han Kyung said: "The economic integration of Seoul and Pyongyang will reduce the armed forces of the two countries by 1 million 330 thousand people, reducing their total number from the current 1 million 830 thousand to 500 thousand people."

The Army of the South is now 640 thousand people, and the North - 1 million 190 thousand people With the integration of such a number could be reduced to 330 and 170 thousand, respectively.

The scientist noted in his report that the termination of the inter-Korean confrontation, in addition to reducing defense spending, would bring all sorts of economic dividends: the emergence of a large amount of labor from the DPRK, an increase in Korea’s credit rating and others.

The professor believes that the economic integration of the South and the North will lead to annual GDP growth in the northern territory from 2016 to 2030. on 16%. A similar indicator for the Republic of Korea will be more modest: additional growth will be expressed in the figure of 1%.

RK deputy Hon Ik Pye said that reducing South Korea’s defense expenditures from the current 2,5% of GDP to the EU countries (1,2-1,5%) would already save from 7 to 10 billion dollars a year.

Meanwhile, Kang Moon Song, a professor at Seoul University of Koryo, noted that a sudden unification would provoke chaos. Therefore, an 10-year plan for inter-Korean economic integration should be introduced.

The forecasts of this expert regarding the growth of the GDP of the South and the North differed from those of Son Han Gyong. The scientist believes that the economy of the South will receive a small additional "acceleration" - approximately 0,5% per year. The economy of the northern territory will grow at a rate of 6% per year.

The analyst told in detail about the concepts of integration and their cost. "Strategic Culture Foundation" Alexander Vorontsov.

The author recalls that the program of building bridges with the North by the South arose on the basis of an analysis of the German experience. This was under the presidents of the Republic of Kazakhstan, Kim Dae Jung and Roe Moo-hyun (1998-2007). The long-term program was designed for gradual rapprochement and integration through economic cooperation. In those years, inter-Korean cooperation really went uphill, the expert notes.

The economic convergence was prevented by the new government of Kazakhstan. Right-wing conservative forces came to power in 2008. These people believed that the DPRK is on the verge of collapse, and the North need only help to collapse. The correct way for this is sanctions, military-political pressure and so on. And an erroneous conclusion was made: meaningful negotiations, including the six-party talks on the Korean nuclear issue, are no longer required. Successes in the social and economic development of the DPRK and even some introduction of market elements into its economy were ignored not only at the level of Kazakhstan, but also of the entire international community. Instead, attempts were made to create in the South such state structures that would be aimed at uniting exclusively according to South Korean recipes.

Today's options for combining (on both sides) run into insoluble contradictions. RK President Park Geun-hye begins to strengthen “security measures” in view of possible provocations of the DPRK. And in the spring of 2014 of the year in Dresden, she delivered a keynote speech, the essence of which was reunification according to the “German version”: the South absorbs the North.

In Pyongyang, the analyst recalls, this proposal was negatively received. The answer came from there in September. DPRK Foreign Minister Lee Soo-young, who arrived at the UN General Assembly in New York, recalled the Korean unification concept formulated by Kim Il Sung: unification by creating the Confederative Republic of Koryo. The essence of the idea is in the formation of a republic that provides for the coexistence of two social systems and two governments within one nation and one state. The concept involves a step-by-step approach of the two parts of Korea.

A. Vorontsov cites another plan - the idea of ​​"solar heat" belonging to the Nobel Peace Prize winner Kim Dae-jung, the former president of South Korea. This plan includes three principles (peaceful coexistence, peaceful exchanges, peaceful unification) and three phases (confederation of two independent states; federation of two autonomous governments; unification according to the principle “one country, one nation, one government”). It is evident that there is a lot in common.

However, the South has chosen other approaches, the analyst states. The goal of the southerners is to absorb the territory of the northerners.

It is not surprising that any attempt to implement these (far from peaceful) plans will inevitably rebuff the northerners, which may lead to a new Korean war. And the army of the DPRK, we recall, is 1 million 190 thousand souls - by the number of soldiers it is almost twice the size of the South Korean.