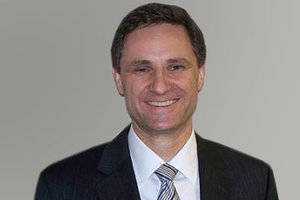 On the third anniversary of the conflict in South Ossetia, the American media surprisingly sluggishly recalled the events of August 2008, and not much attention was paid to the state of affairs today, as one would expect. It is clear that the problems in the economy are now pushed into the background, but this is not about an ordinary event - then, three years ago, the degree of rhetoric on both sides passed all permissible for states in a state of peace, limits. Yes, and US armed intervention at some point ceased to seem something incredible: let us remember how it was discussed - which American ships could end up in the Black Sea and what Russia could oppose to this.


As the South Ossetian conflict is perceived in the United States today, Paul Saunders, executive director of the Center for the National Interest, told Expert Online.

- Is Russia and only Russia still to blame for starting the war? Are there any shifts in American public opinion on this?

- It is necessary to distinguish the reaction of the American foreign policy elite and the public. As for the public, it is believed that Russia is responsible for the outbreak of war. True, society as a whole now rarely recalls the 2008 war of Georgia of the year, if it remembers at all.

If we talk about the position dominant among the elite, then, in my estimation, the point of view prevails that Georgia started the war, but Russia set a "trap" for the Georgian leaders and they foolishly got into it.

- Georgia started the war, but, nevertheless, the congress continues to adopt resolutions in which South Ossetia and Abkhazia are called “occupied territories”, and demands to withdraw Russian troops.

- The majority of the elite believe that the reaction of Russia was disproportionate, and the recognition of these territories as independent and the deployment of Russian troops here is regarded as provocative. Therefore, many commentators say what they say, and therefore individual members of Congress are able to get support for their resolutions. As in many issues of American foreign policy, an energetic and noisy minority can be very influential in this matter when the majority are not interested in the problem.

- Why is the majority not interested? And why is the media paying little attention to this topic now?

- The American public is now focused on the US economy, as well as Afghanistan and the Middle East. Therefore, the consequences of the 2008 war of the year are not the focus of media attention. South Ossetia and Abkhazia are by no means a priority problem for most Americans and even members of Congress.

We are in Yandex Zen
What you didn't want to know about England
Nikolay Silaev, Andrei Sushentsov: Georgia after the elections and prospects for Russian-Georgian relations
11 comments
Information
Dear reader, to leave comments on the publication, you must to register.