October 23 2014
76
In the last days of the Donbass received alarming information. According to already repeatedly confirmed information, the Ukrainian army is being built in an offensive order. The final act of the drama is expected from day to day. DNR and LC can expect the fate of the Serbian Krajina, only in a much larger scale and terrible version. In this case, at the next meeting between Putin and Poroshenko, all the trump cards will be in Kiev, and Moscow will remain with only sixes. 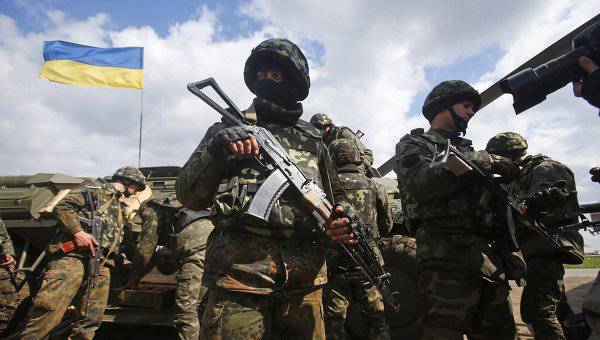 Do they understand this in the Kremlin? Apparently, yes. Over the weekend, the newly famous "Voentorg" opened. But will it be enough? The militia is now in a difficult situation, because Zakharchenko during his "reign" was able to practically destroy the intelligence, supply and coordination between the commanders, who so hard to build Strelkov.

Naturally, the current adventure is not a personal initiative of the Ukrainian president. Such a development could be easily foreseen on the basis of the last meeting of the leaders of the EU, Ukraine and Russia. Merkel and Poroshenko went to Milan with the very obvious goal - to accept Putin's surrender on Novorossia and gas, in order to proceed to the question of the Crimea.

To their great surprise, Putin not only did not intend to capitulate, but also put forward counter conditions: Russia's recognition of Crimea and the land corridor to it. In addition, on the shoulders of the EU (and above all Germany) lay the payment of gas for Ukraine. From the point of view of the “civilized community,” such demands have become unheard of, simply fantastic arrogance. Hence, reliable information about the sharp mutual attacks of Putin and Merkel during the negotiations. And the statements of Polish President Bronislaw Komorowski (who actually voiced the general opinion of the West) that the sanctions from Russia will not be lifted until she returns Crimea to Ukraine, in general, close any space for negotiations. The same position was also confirmed by the EU ambassador to Moscow Vygaudas Usackas. Consequently, in Europe they considered the issue with Novorossia solved and openly move on to the next dish.

Therefore, there is nothing unusual in the fact that after the failure (from the point of view of Brussels) of the negotiations in Milan, Poroshenko received the command “face” and rushed to carry it out. The "chocolate king" has its reasons. On the nose elections, and if they are held to the fanfare of a successful offensive in the Donbas, Poroshenko can count on staggering success. If in usual time he could get additional 1-2% with all frauds, now he can safely count on 10-15% without any extra charges, on the “patriotic wave” alone. His political opponents (first of all, Oleg Lyashko) will have nothing to object to.

The main thing is to match the deadlines in time. From a political point of view, the optimal time to start the offensive is Thursday-Friday. In this case, all weekends the population will be fascinated by the victory reports from the front and vote as they should, before the first news about difficulties and losses. In essence, Poroshenko wins no matter how the offensive ends.

Now New Russia is a fragment of the former Donetsk and Lugansk regions. If the Ukrainian army manages to cut it into two or three parts, then Poroshenko will immediately require a new "world." His world is already quite satisfied with this, because the goal will be achieved.

Thus, having come face to face with the intransigent position of the West, Moscow has no other option than to create a full-fledged big Novorossia. But the way it will be created, will show the nearest future.