Ukraine is a chimera 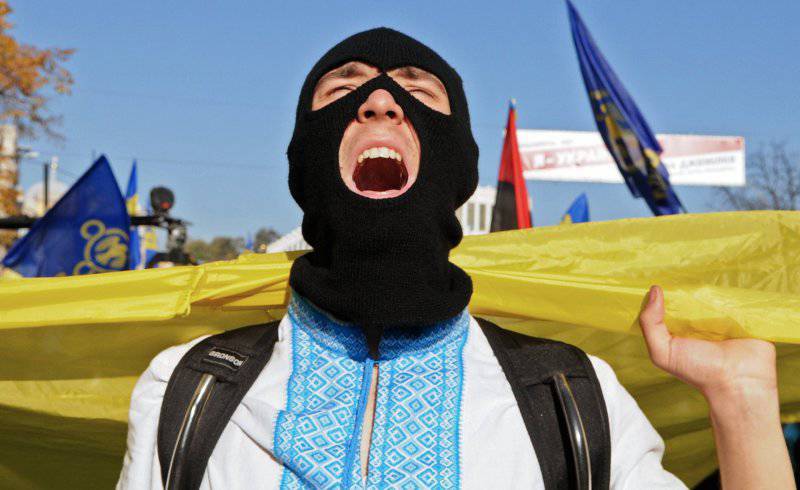 Namely, to his definition of a chimera:

"Chimera - in the passionate theory of ethnogenesis, a form of coexistence of two or more incompatible (having different complementarities) ethnic groups of different superethnic systems, in which their originality disappears."

In Ukraine in the twentieth century, there was a clash of two different ethnic groups - the South Russian (Little Russian), which is part of the Russian superethnos, and the Galician, which was already a chimera due to the long interaction of the Hutsul, Magyar, Austrian and Polish cultures (and the corresponding ethnic groups).

Since the thirteenth century, Galicia was cut off from the rest of the Russian lands, and gradually fell under the transformative influence of the invaders, assimilated. Ethnically, this was expressed in the mixing of different peoples inhabiting this territory, culturally - in the penetration and domination of Polish and Magyar culture, in religion - in the replacement of Orthodoxy with Greek Catholicism and Uniatism, in linguistic - in the strong influence of other linguistic groups on the formation of the local dialect.

“Ked mi came karta narokovats, I became my own nenya doshikovats” - this is the “Ukrainian folk song” of that region, an excellent example of a cross between Magyar and Polish words, among which Ukrainian ones only sometimes come across. 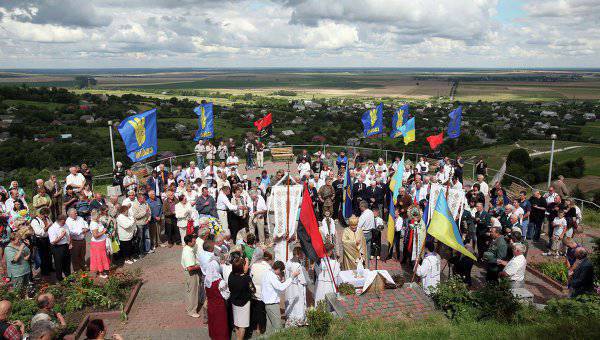 It should be noted that Lviv for a long time remained a hotbed of Russophilia and a bastion of Orthodoxy (for centuries there were Russophile philosophical studios that resisted polonization). But the Lviv pogrom in the summer of 1941 practically destroyed the carriers of this ethno-and socio-cultural tradition.

And now two such aliens, and for about seven hundred years without having a common history, were artificially and in many respects forcibly fused together in the middle of the last century. That could not but give rise to a chimera. 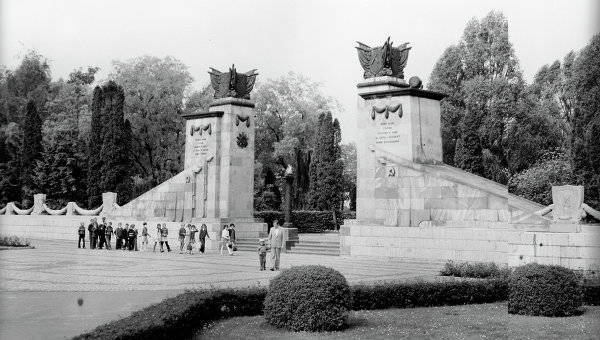 “People who grew up in the contact zone do not belong to any of the contacting superethnoses, each of which is distinguished by its original ethnic traditions and mentality. The chimera is dominated by a haphazard combination of incompatible behavioral traits, in place of a single mentality comes complete chaos of tastes, views and ideas prevailing in society ”.

We can clearly see this in Ukraine as well. For example, such a chimerical and absurd phenomenon as a Russian-speaking Ukrainian nationalist with a Russian surname, while honoring Bandera and hating Russia and Russians.

Or embroidered shirt with jeans and a scarf. Or a “supporter of independence” who is not against external control by the EU or the US (anyone, but not Russia!). Or a “patriot” wearing an “I love London” T-shirt waving the EU flag.

Or native speakers of Surzhik, 70-80% consisting of Russian words, but at the same time advocating a ban or restriction of the rights of the Russian language. Or a completely Russian-speaking person who does not speak Ukrainian, but opposes the second state Russian.

Or a person who claims that millions of Donbass residents are “genetic slaves”, while “Asian hordes” live in Russia, but at the same time sincerely wonders why he is called a Nazi. 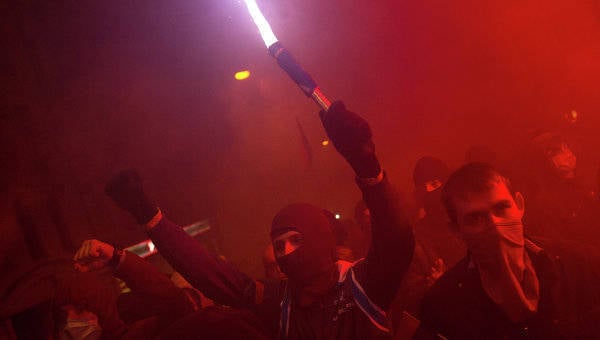 This also includes the neurotic perception of history. The bearer of a chimeric consciousness hates Prince Rurik for his Varangian origin, Prince Vladimir for the baptism of Rus, then it was bad under the Mongols and Poles, and Khmelnitsky, a scoundrel, defeated the European integrators, then there were “damned” 250 years under the Russian Empire, he hates the “scoop” in general fiercely, and at the same time claims to love the history of his country. So when was it good for him? In a fictional time of a theoretically possible, but not realized past.

“In such a chimeric environment, antisystemic ideologies flourish. The antisystems that have arisen in the depths of the chimera are, as a rule, the initiators of bloody conflicts, or the chimera becomes a victim of neighboring ethnic groups. A chimera can exist in the body of a healthy ethnos like a cancerous tumor; it exists at its expense and does not perform any constructive work. Moreover, it can be relatively harmless (passive) or it becomes a breeding ground for aggressive antisystems. "

This is what we see in Ukraine. After the last relapse in the forties of the last century, when tens (if not hundreds) of thousands of people died from Bandera ideology, for several decades this destructive ideology imperceptibly parasitized on Soviet society, which had immunity against it (due to the fact that too many people remembered that it was for nasty really).

And after Ukraine gained independence and a change in the direction of development, Bandera's ideology blossomed violently, meeting no resistance from the official authorities and feeding on the money of the oligarchs, which now results in thousands of victims of the civil war. 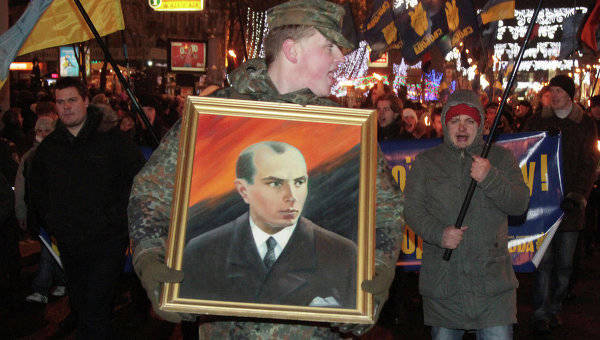 What is the anti-system character of the modern Ukrainian "Svidomo" ideology? Firstly, it is secondary, the desire to blindly imitate the West and fulfill any of its demands and orders. Secondly, this is the absence of a sane and holistic positive program. The only thing that keeps her supporters together is a fierce, fierce, irrational hatred of Russia and the Russians. And beyond that there is emptiness.

At the same time, both liberals and a significant part of nationalists perceive the state as an enemy. Liberals strive to make the state as weak as possible, serving the private interests of big business. And even those nationalists who want to see the state strong, motivate this only by the need for repressions against Russians and other "aliens". None of them have a scientific-production, design or social component (and even their fight against corruption turns into a fight against the state). In addition, there is often a ridiculous opposition of the state and "NaZii" in the ideology of nationalists, and "NaZii" is clearly preferred.

And the dominance of the abstract (according to Anderson, nations are fictional communities) over the real and the practical is always destructive.

Only within the framework of the chimera can such schizophrenic characters as Irina Farion, who call to die and kill, can not only appear, but also become successful, authoritative and significant. 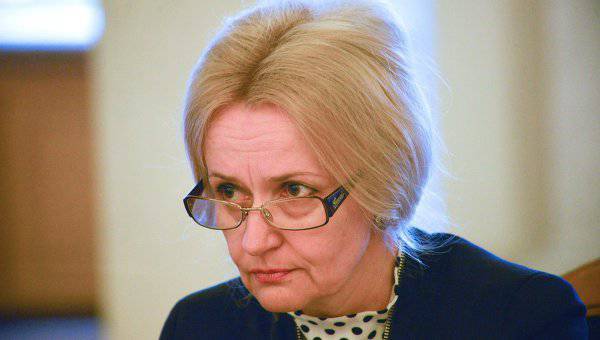 Also, only within the framework of a chimeric anti-system can a cult of death similar to the Ukrainian one arise, when famines and sacrifices are made national symbols, defeats and failures are glorified (Mazepa, Petliura, Bandera are all obvious losers), senselessly dead “heroes of Krut” and “heavenly hundreds” are praised. And to the obvious achievements such as Ukraine's participation in the victory over Nazism or a manned flight into space, negative perception is centrally formed by propaganda. Well, the negative attitude towards Lenin - the man who, in fact, created the Ukrainian statehood and actively pursued the policy of Ukrainianization - speaks for itself.

There is also a good news: Chimeras don't live long. And this means that the torment of people who fall into its field of influence will be short-lived. Chimeric ethnic groups usually disintegrate, after which they either die out, or enter into more viable and creative ethnic groups.