October 21 2014
28
Spetsnaz FSKN &quot;Thunder&quot; - this is the shock force of the Russian drug police. The official professional holiday of this Russian special division is celebrated on September 8. Today in Russia, all security agencies have their own special purpose units. All of them have their own profile and specific tasks. The special subdivision of the main anti-drug department of the country bears the resounding name “Thunder”.


According to the deputy head of the Special Purpose and Security Directorate of 9, Department of Federal Drug Control Systems of Russia Valery Skvortsov, today all special forces of the territorial bodies of state drug control call “Thunder”. Currently, in every subject of the Russian Federation in the regular structure of the drug control units there are special purpose units. At the same time, the Federal Drug Control Service did not follow the path of their colleagues from other departments, whose special divisions often bear different names depending on the region. To date, all the special units of the Federal Drug Control Service of Russia in all the regions of the federation have one name - “Thunder”.

Currently, the drug business continues to be one of the most profitable and dangerous for the society types of criminal activity. According to Viktor Ivanov, head of the Russian Federal Drug Control Service, up to half a million people have died from Afghan heroin since the beginning of the 21st century. In total, this poison brought to the grave about a million people. The fight against drug trafficking and drug trafficking are of international importance today. 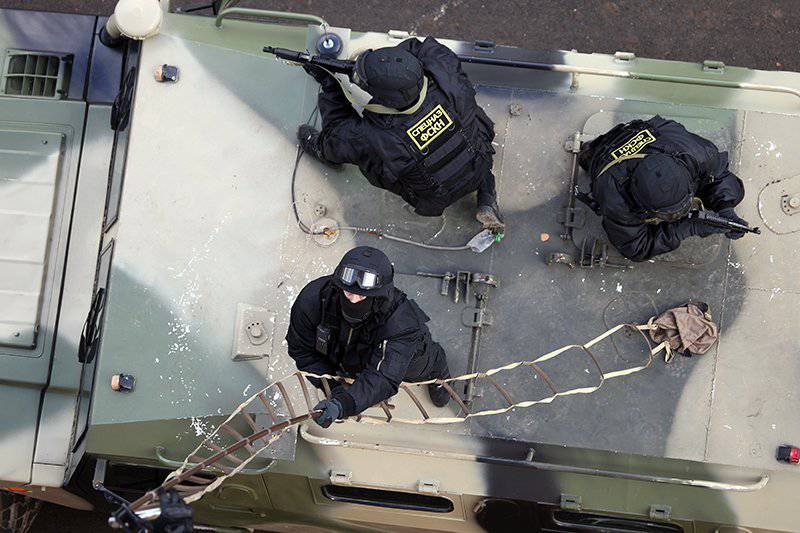 The priority areas in the field of countering drug-related crime in our country are blocking the channels for the supply of drugs to Russia; identifying places of illicit production and storage of drugs, as well as psychotropic substances and their precursors; exposing the organizers of the drug trade; active members of criminal groups and communities, individuals who are engaged in financing this illegal activity, as well as existing corruption ties in law enforcement and government structures; undermining the economic basis of the drug business.

It is important to understand that drug trafficking is a form of organized crime. Therefore, for conducting operations and liquidating large sales channels or detaining drug barons, the Federal Drug Control Service of Russia uses its own special unit. The situation develops in such a way that today, when carrying out operational activities, the arrest of criminals by the drug police, it is not always possible to act without force cover. Spetsnaz Federal Drug Control Service &quot;Thunder&quot; is used in cases where there is information that criminals can offer serious resistance. Among the main tasks of the special division of drug control is to ensure the safety of the activities of the staff of the department, including ensuring their immediate physical protection, as well as protecting their relatives and citizens who assist the Federal Drug Control Service.

According to the available statistics, in Russia every third arrest by drug control officers is carried out with force support from the special forces. Every year, about a thousand special forces soldiers dressed in black uniforms have to use special equipment. Literally every week in our country there are military contacts with criminal elements - during detentions, searches, and other types of operational and investigative actions. It is necessary to ascertain the fact that the drug mafia is showing its teeth, and today there is no way to do without hard actions to counteract this type of crime. 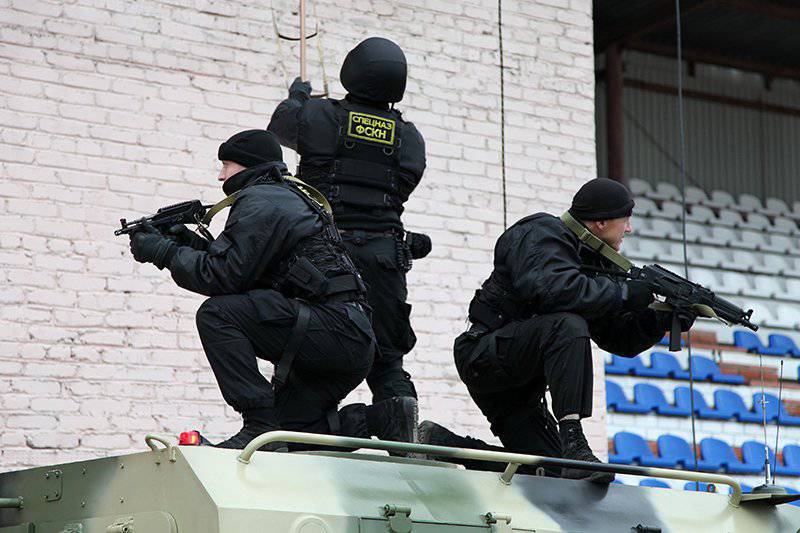 The operational and combat missions of the “Thunder” special forces include the detention of criminals, forceful entry, escort of especially valuable cargoes, the protection of seized shipments of drugs and psychotropic substances during their transportation, as well as the protection of their storage sites. A habitual task for the Federal Drug Control Service Special Forces became seizures of drug couriers in the salons of their cars. One of the hot spots for the distribution and use of drugs are drug addicts, the high-speed assaults of which by special forces take manufacturers and distributors of drugs by surprise, prevent them from destroying evidence.

The basis of the special forces &quot;Thunder&quot; is made up of operational-combat units that are able to conduct reconnaissance of the terrain and facilities for the upcoming operations. There are also special canine units and units for the protection of objects belonging to the Federal Drug Control Service. Today, employees who serve in the units of special forces &quot;Thunder&quot;, make special demands. Each special forces soldier must be physically developed and ready to solve the most responsible service and combat tasks, he must have high moral and psychological qualities and excellent health. Today, the special units &quot;Thunder&quot; are well-trained, disciplined and courageous people who differ not only in physical training, but also in their intelligence and the necessary set of legal knowledge. The success of the entire operation, as well as the life and health of the people participating in it, often depends on the correctness and coherence of the actions of the Federal Drug Control Service.

Currently, the basis of the contingent of special forces &quot;Thunder&quot; is civilian youth who served in the army. Army service is a prerequisite for admission to this special unit. At the same time, in the selection of personnel, preference is given to citizens who possess basic military or law enforcement professional training. Also in the recruitment preference is given to employees who have graduated from the institutes of physical culture, possess certain physical skills, skills of hand-to-hand combat and wrestling, athletics. Physical and sports components of the priority in the selection, said Valery Skvortsov. At the same time, the special forces are ready to see everyone who is able to withstand the necessary set of tests. 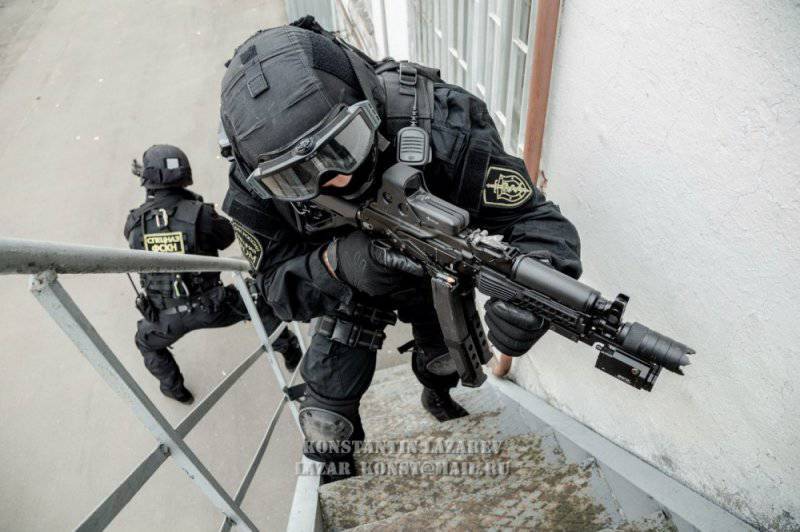 The basis of the units &quot;Thunder&quot; is young, physically trained employees who have experience of serving in the Airborne Forces, Military Forces, Special Forces of the Main Intelligence Directorate of the Ministry of Defense, as well as other security agencies. In this case, the most valuable personnel are employees with rich experience in combat work and participation in official business trips to hot spots. Often, it is these people who become commanders of operational combat groups and department heads.

Like any special forces, the Thunder fighters pay a lot of attention to continuous training: operational combat, special, tactical, operational, as well as mountaineering. The training of special forces fighters of the Federal Drug Control Service is not only aimed at improving the personal skills and abilities of each individual employee, but also at the ability to work in a team, shaping the spirit of collectivism. In the near future, a version of the Arctic form will be created for the drug police. In Russia, several batches of drugs have already been intercepted, which were carried on ships across the Northern Sea Route. And this means that training for the actions in the Arctic will be included in the training of some units of the “Thunder”.

In 2012, the special-purpose unit “Thunder” was officially included in the CRRF (Collective Rapid Reaction Forces) of the anti-drug agencies and internal affairs bodies of the CSTO (Collective Security Treaty Organization). Thanks to this decision, the units of the special unit “Thunder” received a formal opportunity to take part in international operations. At the same time, whether the special forces will be used in operations abroad is a mystery, as well as the number of the “Thunder” special forces. 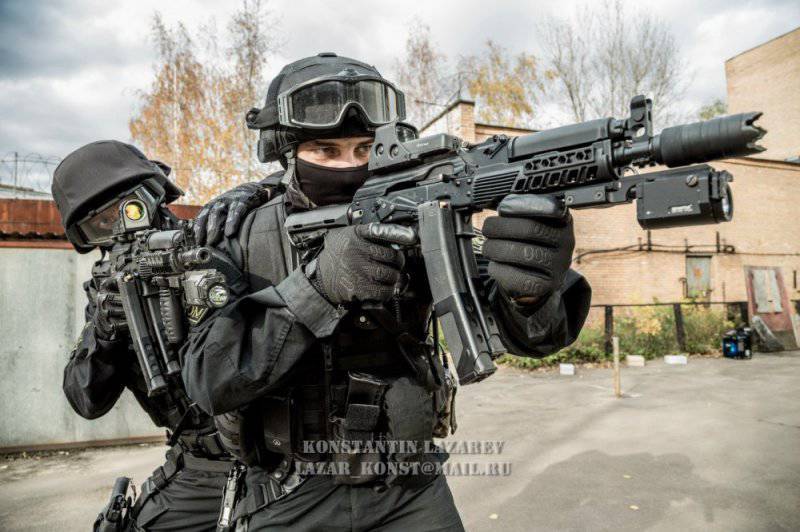 The number of special forces in the Federal Drug Control Service can be judged only approximately. According to materials from open sources, it is known that by 2016, the number of state drug control officers in Russia is planned to be reduced by 13% to 34 thousand people. At the same time, in an interview with Ekho Moskvy radio station, Deputy Head of the Special Purpose and Security Directorate of 9, Department of Federal Drug Control Service of Russia Valery Skvortsov said that special forces are no more than 10-12% of the total department. That is, we can talk about approximately 3-4-x thousands of special forces, who work in 85 regions of the Russian Federation. 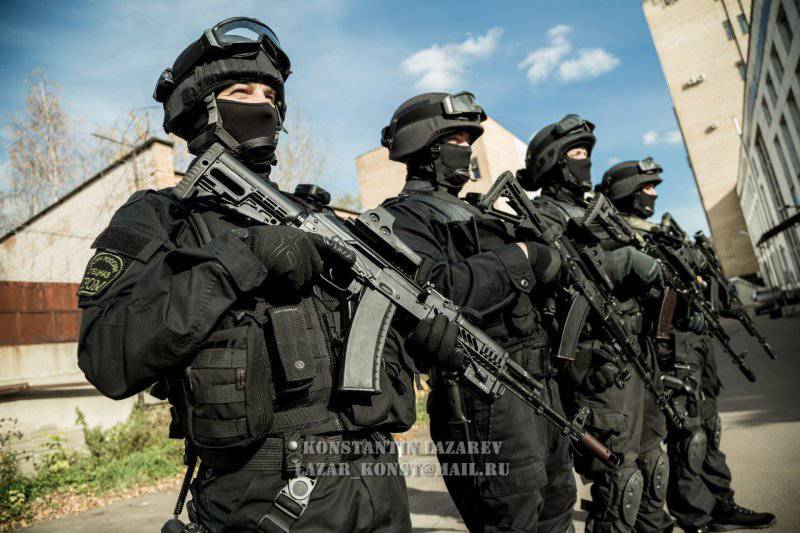 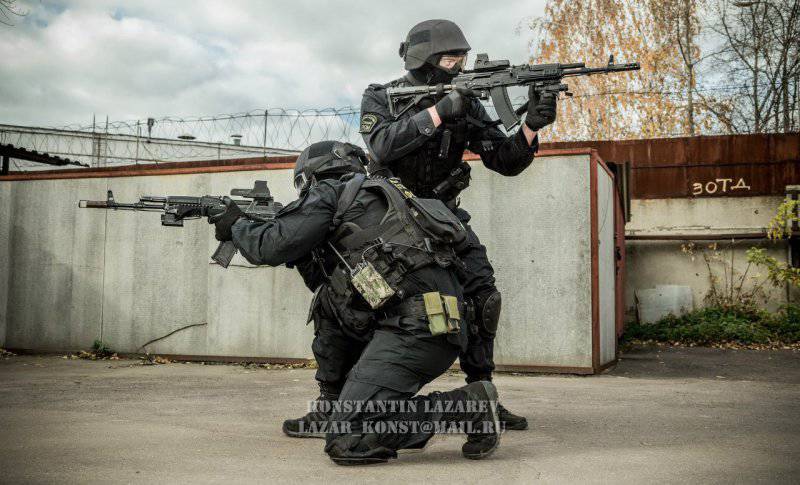 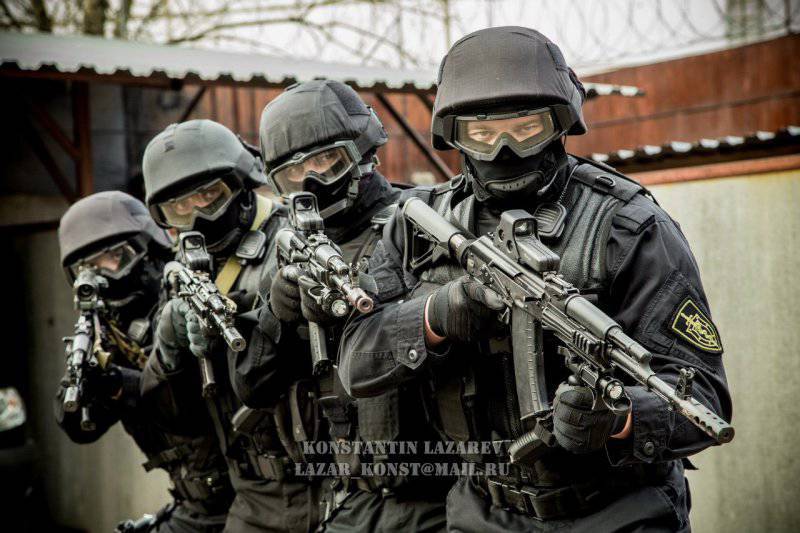 Ctrl Enter
Noticed a mistake Highlight text and press. Ctrl + Enter
We are
Royal Malaysian Special ForcesSome examples of actions by US and British Special Forces in the 90s of the 20th century
28 comments
Information
Dear reader, to leave comments on the publication, you must to register.