"Islamic State" on the way to Russia

October 15 2014
43
Experts believe that Central Asia is threatened by destabilization due to the “aggravation” of Islamism - from the intensification of local radical movements to the real accession of the Islamic Movement of Uzbekistan to the powerful army of builders of the Islamic State Caliphate (IG). Representatives of the special services and analysts talked about the activities of militants in the territory of the former USSR. 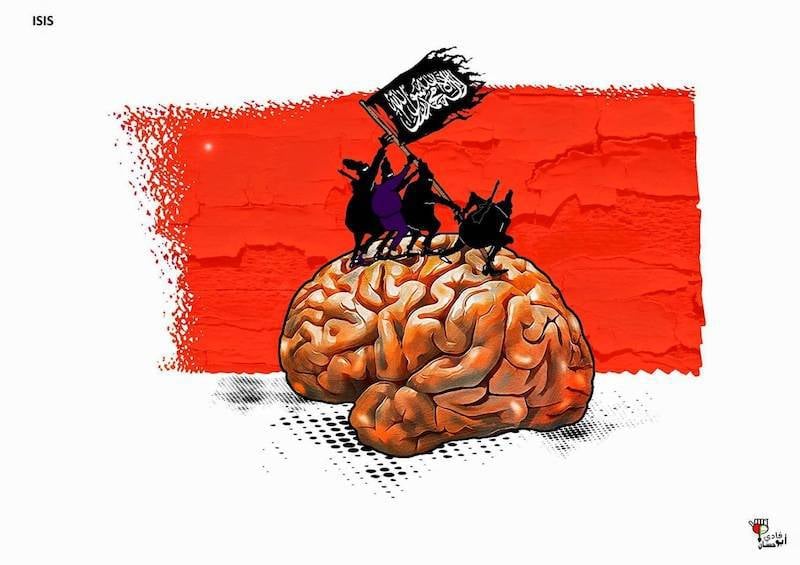 As reported the other day RIA News", the head of the Islamic Movement of Uzbekistan (IMU), Usmon Gozi, announced his organization’s joining the IG fighters. This was reported to the Russian agency by an unnamed source in the law enforcement bodies of Uzbekistan.

“We have operational video and audio information about the support and participation of the IMU in joint military operations on the side of the IG units,” the source said.

He clarified that the IMU has stepped up recruitment and training of militants in the border areas of Pakistan and Afghanistan.

The security services of Uzbekistan have strengthened anti-terrorism measures, starting with improving the work of the agent network. “We have to work ahead of the curve, a few steps forward,” said the source.

About the decision of the IMU to join the IG it became known earlier, the newspaper said "Sight". On August 28, on the bridge in the Yunusabad district of Tashkent, unknown persons hung the flag of the Islamic State. The press service of the Ministry of Internal Affairs of Uzbekistan said that the organizers of the rally did not achieve any results: for the majority of residents of the republic, this flag is a piece of cloth with incomprehensible letters. Few people can read Arabic here.

The newspaper cites expert opinion, according to which not only Uzbekistan is at risk. “For us, experts on Islam, it was a surprise that the speed with which instability in the Middle East spreads. There is also the threat of the return of the Islamic State of Iraq and the Levant fighters to Kyrgyzstan, ”said Kadyr Malikov, head of the analytical center“ Religion, Law and Politics. ” In late September, the same Malikov said at a conference in Bishkek that a concentration of IMU fighters was observed on the border of Afghanistan and the former Soviet Central Asia. “Kyrgyzstan may face destabilization,” Malikov said. According to him, the Fergana Valley of Uzbekistan is also under threat.

According to analysts, a local (independent) terrorist association may well appear in Central Asia - by analogy with the IG. This can happen if the change of power in Uzbekistan and Kazakhstan will be accompanied by conflicts leading to the destabilization of the entire region, already known for its problem areas.

Turkmen secret services say that now the activity of the Uzbek Islamists and the Taliban near the Turkmen border is increasing. One of the possible areas of impact in the destabilization of the situation could be both the Tajik-Afghan and the Turkmen-Afghan borders. Behind it opens the road to the western regions of Kazakhstan. And in Kazakhstan, the source notes, in recent years there has been an activity of jihadists acting, including under the influence of the North Caucasian underground.

“In such a scenario, an attempt by dark forces to split oil and gas fields from Kazakhstan, by analogy with Iraq, may look quite realistic. In this case, several targets will be hit at once. First, on the West’s oil and gas interests in the Kazakhstan region. Secondly, there will be another base for Sunni radicals near Shiite Iran. Thirdly, the terrorist risks will increase throughout the Caspian region, including Russia, as the strong terrorist arc along the North Caucasus-Western Kazakhstan line will strengthen even more. ”

At the same time, there is another opinion concerning, first of all, the same IMU, which feeds the radical environment in Central Asia.

Site "Interfax-religion" cites the opinion of experts who believe that the "Islamic Movement of Uzbekistan" has entered into an alliance with the "Islamic State" because of its own weakness. Uzbek media write about this.

“The IMU has lost support in Afghanistan, as civilians suffer from its cruelty. Now the IMU is eyeing northern Afghanistan, where most of the country's ethnic Uzbeks live, ”said analysts of the National Security Service of Uzbekistan.

The material reason for consolidation was also named. According to experts, the IMU was forced to announce an “alliance” - due to the termination of the flow of funding from the “sponsors”. “They, in fact, have no leaders, and they are looking for someone to cling to.” But this alliance cannot guarantee them any gain, ”the experts said. They further recalled that the IMU was shaken with the destruction of its commanders: Tahir Yuldashev and Usmon Odil (killed respectively in 2009 and 2012).

However, the Islamists are still dangerous. “According to our data, the number of IMU fighters is about five thousand people, and we can talk about the threat to the countries of Central Asia - Tajikistan, Uzbekistan, Kyrgyzstan. However, we are confident that all their attempts to penetrate the territory of our country are doomed to failure, ”said a representative of the National Security Council of Uzbekistan.

He also said that Uzbekistan is ready to repel the threat, and support for the ideas of the “caliphate” in the republic is close to zero.

However, the discovery of new sources of funding could lead to an increase in the IMU.

As told the newspaper "Sight" Bakhtiyar Babajanov, a leading researcher at the Institute of Oriental Studies of the Academy of Sciences of Uzbekistan, has been gathering IMU fighters in combat experience in the Middle East to apply it later in other places, including at home.

“It is known that part of the IMU militants in the 90s fought in Chechnya,” the political analyst told the publication. “Worst of all, financial sources are now open for them, this only increases their danger for Uzbekistan.”

True, according to Babadzhanov, in quantitative terms, the IMU is hardly seriously dangerous for Uzbekistan: if necessary, regular military units will come forward against the radicals. However, the militants "will be dangerous because of combat experience."

“This means that they will not have fear of shots, open combat with regular formations,” the expert noted. “In addition, they can go to Afghanistan anyway and threaten us from there.”

Babajanov questions the version that some external forces can use the IMU to overthrow the Karimov regime: “I don’t think that Islam Karimov is inconvenient to the Americans, because the president of Uzbekistan could find a common language with the United States. The fact is that not all foreign policy games are obvious and predictable with the move. ”

It should also be recalled that the IG thinks of almost a world caliphate. Iraq and Syria are only the first steps of a long staircase.

If we continue this list with other eastern regions, then the Caliphates intend to “liberate” Saudi Arabia: they don’t like the Saudi regime, and they are also interested in oil. Then they will invade Kuwait - there is also oil. Iran will have to be captured too - the regime is also bad there, and there is a lot of oil. The following goals are Turkey and Azerbaijan. And there, too, Central Asia, where you can also profit from something.

Consolidation of the United States with the oil eastern monarchies (Saudi Arabia, Qatar, the United Arab Emirates, etc.) speaks for itself: the threat of the IG, which is rich and has provided itself with the latest weapons, is considered one of the most serious.

Earlier, militants from the IG promised to drown in blood and the United States - this was done after the Americans inflicted the first air strikes on the territories seized by the Islamists in Iraq.

October 13 on the site RIA "News - Ukraine" A material appeared by Vladimir Matveyev under the title "Islamic State" and the United States threatens the security of Russia. "

The author notes that the threat of one of the commanders of the "Islamic State" about a possible invasion of Russia, then replicated by the media, illustrates the mood of groups that dream of rejecting part of Russia’s territory in the Caucasus in order to create an Islamic state there. In addition, Matveyev points to the desire of the West to distract Moscow from Ukraine.

Not for nothing is the commander of one group of the IG Tarkhan Batirashvili (aka Omar-Chechenets), telling his father by phone that his group had defeated the Iraqi army and took Mosul, said that the next target would be Russia.

According to Batirashvili Sr., who spoke with reporters, his son said: “Do not worry, Dad, I will return home and show Russian. There are many thousands of people following me, and I will attract even more. We will revenge on Russia. "

We also recall that the extremists from the IS 18 months ago stated that they were planning to “liberate” Chechnya and the Caucasus with the “grace of Allah”. Militants have translated their video message, addressed to V. Putin, into Russian. An Islamist was broadcasting from the cockpit of a fighter standing at a captured military airfield in the region of Tabaka in the province of Rakka (Syria).

Here are the lines from the text of the appeal: “This is a message to you, O Vladimir Putin! These are your planes that you sent to Bashar, we will, by the will of Allah, send them to you, remember this! ”

Ramzan Kadyrov gave his response to the militants: “I declare with all responsibility that those who came to mind to threaten Russia and utter the name of our country's president, Vladimir Putin, will be destroyed where he did it. We will not wait until he sits at the helm of the aircraft; he will go where his brothers, the terrorists Khattab, Abu Walid and other ambassadors of the West are rotting. ”

The Russian leadership proceeds from the fact that the activities of militants united under the IS flag are the result of ill-considered forceful actions by the United States of America and their allies. Intervention in the affairs of other states led to the aggravation of confessional and national problems and the decline of the economy.

Militants are just playing on the instability of the situation: they collect taxes, imitate hiring “civil servants” and paying them allowances. There is evidence that, if possible, the IS militants even distribute cash benefits to the unemployed. All this attracts into their ranks a mass of supporters, idealists, who believe in social justice and a bright future, built on the basis of Sharia.