October 13 2014
22
BAE Systems begins construction of patrol ships for the British fleet. A contract of £ 258 million began to be implemented at shipyards in Scotland, reports Military Parity with reference to "ASDNews". 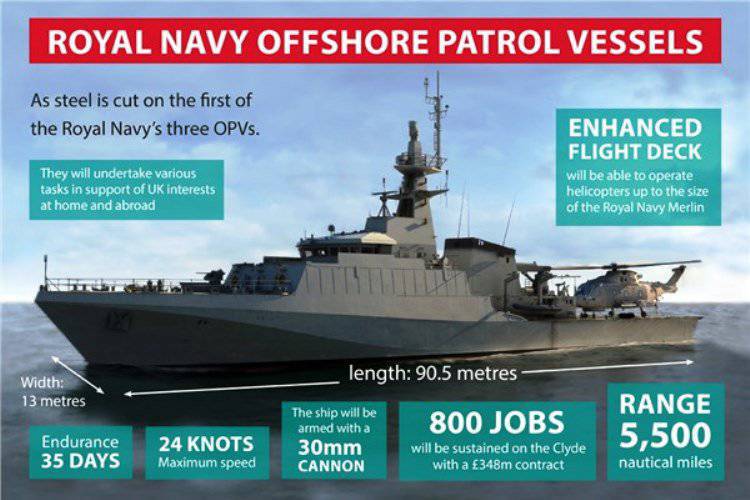 British Defense Secretary Michael Fallon said that "this order will benefit the workers and their families in Clyde and will benefit the economy of Glasgow." He also noted that "cutting the first steel for the head TFR was performed using a laser machine."

On the patrol ship, the deck is enlarged to accept powerful Merlin-type helicopters. The lead ship, named HMS (the ship of Her Majesty) "Forth" should be transferred to the Royal Navy in 2017. The second and third ships will be named HMS "Medway" and HMS "Trent".