Samara militiaman died in Novorossia, causing a fire on himself, which saved his comrades.

October 10 2014
62
In Novorossia, one of the battles killed militiaman Maxim Medved - 22-year-old guy from Samara. After serving in the army, he went to volunteer in the Donbass. In reconnaissance platoon he became an engineer - in his military specialty. Maxim with the call sign "Fizruk" during his stay in Novorossia managed to neutralize dozens of mines and unexploded ordnance in Lugansk, Donetsk and other cities of the people's republics. By his actions, Maxim saved the lives of tens and even hundreds of citizens of Novorossia. Reports about it "TVNZ. Kaliningrad. 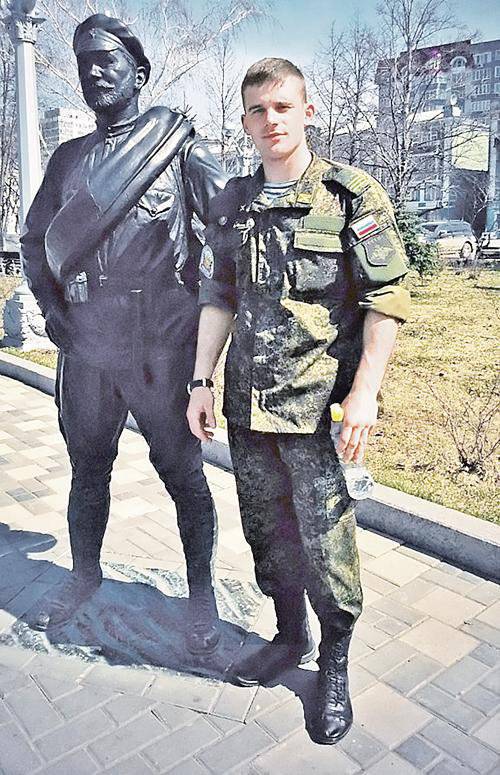 And Maxim Medved died as a true hero. During the beginning of the shelling of the militia column near the village of Uspenka, he stood up in full growth and began shooting at the attackers from a Kalashnikov assault rifle, while calling on the soldiers of the reconnaissance detachment to go out from under the fire. The battle turned out to be transient - Maxim was hit by a sniper bullet from one of the punitive Ukrainian battalions. But in the meantime, while Fizruk shot back, causing fire on itself, 11 of its comrades were able to go out and stay alive. In addition to the life of Maxim, Ukrainian volleys took the lives of 12 militias, but that part of the detachment that avenged the murdered comrades from under the fire. Finding a disguised ukrovoyak location in the forest plantation, the scouts hoisted the militia artillery at this square. In the course of the shelling, several dozens of ukrokrolei militants were killed.