Residents who left Donetsk because of shelling returned to their hometown

October 10 2014
11
Almost 250 thousand people who left Donetsk from the outbreak of hostilities, have already returned home, but are in dire need of the most necessary, reports RIA News With reference to the representative of the DPR in Rostov-on-Don Eduard Popov. 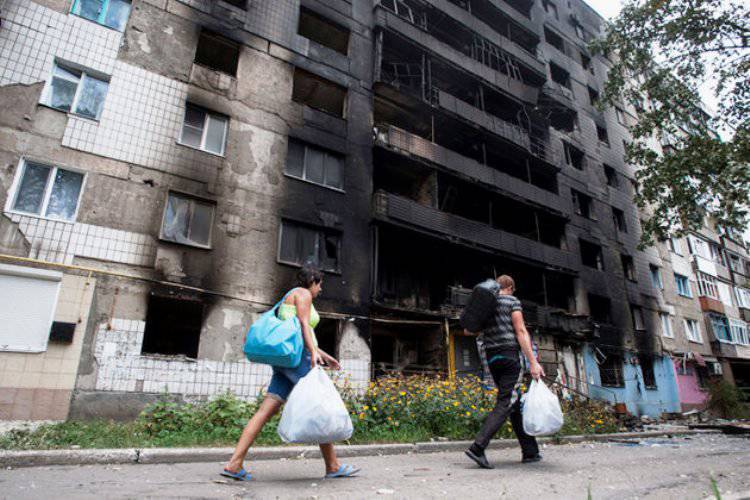 According to Popov, during the military confrontation, the city of one million people left about half of the residents. "According to rough estimates, now about half of those who left have already returned. ”, He said, adding that during a recent visit to Donetsk, it was relatively calm there. However, on the eve of the shelling occurred daily.

However, people are returning. Sometimes you can even see small traffic jams on the streets of the city, although most of the population does not risk leaving the house without need.

According to Popov, in general, people are determined to survive, but without humanitarian aid, the republic is threatened with hunger. “Most people do not receive pensions or salaries. And if in Donetsk, life is somehow at least maintained, in small towns of Donbass everything is very bad. ”- he stated.

Popov stressed that help is needed constantly and in large volumes. And it's not just about food, but also about building materials needed to restore housing and infrastructure. “There is still a lot of need for gas pipes to restore the utilities, generators,” said a representative of the republic.

In the future, when it becomes safe, it will be necessary to send a large communal "landing" from Russia. “Public utilities there are now working at the limit of their capabilities ... need help from technical specialists- noted Popov.

According to him, many public workers died, and many simply left Donetsk. “I need the help of engineering and technical workers, specialists in heat and power networks”, - he said.