October 6 2014
27
Today, on the territory of the Republic of Dagestan, several acts of terrorism have been prevented by security forces at once. During an exchange of fire in the Kizilyurt area, security forces destroyed a representative of an illegal armed group who served as a bombman. Unfortunately, at the same time it was not possible to avoid victims among law enforcement officers - two officers of power structures were killed. Reports about it RIA News. 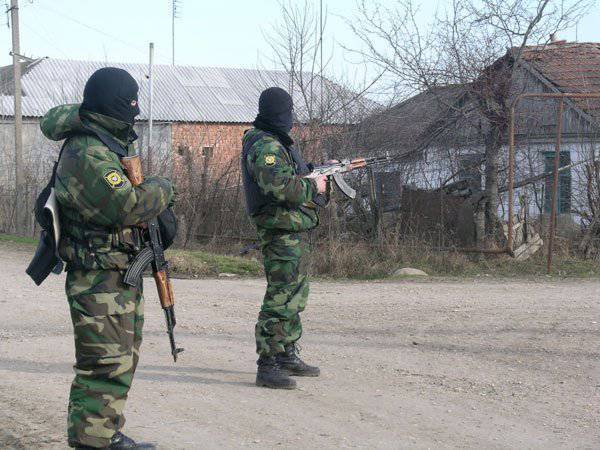 An 170 kg explosive mixture, an explosive device made of a metal bucket filled with explosives and striking elements, was found in the house of the destroyed action movie. The device was ready for use. According to the NAK of the Russian Federation, a Gazel vehicle was prepared for its transportation to one of the cities of Dagestan.

Recall that on the eve of an explosive device was powered by 19-year-old suicide bomber Opti Mudarov in Grozny. Only thanks to the vigilance of local police, was it possible to avoid numerous civilian casualties. The police were at the metal detector at the entrance to a mass event to celebrate the Day of the city, one "visitor" seemed suspicious to them and they decided to stop it. The terrorist realized that he wouldn’t be able to get inside and put a hellish car into action. The names of the dead Chechen police officers who saved the lives of hundreds of Grozny residents and guests: Lieutenant Khamzat Orzamayev (23), Major Vakhid Betsayev (46 years), Senior Lieutenant Walid Shokaev (39 years), Abas Malsagov (40 years), Art. Isa Shataev (45 years)
Ctrl Enter
Noticed oshЫbku Highlight text and press. Ctrl + Enter
Military Reviewin Yandex News
Military Reviewin Yandex Zen
27 comments
Ad