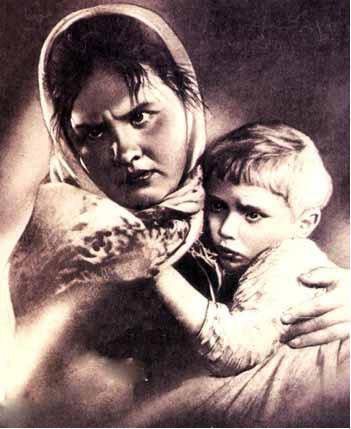 October 1 in the Syrian city of Homs was a terrorist attack that can rightly be considered one of the most brutal for all the latest history country. It was directed specifically against schoolchildren.

As is known, in May terrorists left the Old City of Homs. Hundreds of thousands of people - both residents of those neighborhoods and all the rest - had hope for a normal life, for the restoration of the destroyed, for a better future. But there are still “sleeping cells” of terrorists in the city. Moreover, they are not at all the terrorists of the “Islamic State”, but the very “moderate opposition” that the United States and the West rely on.

This "opposition" does not accept the fact that Homs has ceased to play the widely publicized role of the "capital of the Syrian revolution." And she decided to recoup on the most defenseless inhabitants - on children. Although, of course, in the face of brutal terrorist attacks, everyone is equally defenseless.

Homs Akram Quarter was never under the control of militants. The overwhelming majority of the people living there support the legitimate government. During this quarter, he was repeatedly subjected to terrorist crimes that claimed the lives of dozens of people.

Now, on October 1, 2014, two strong explosions thundered around two nearby schools - Akram Al-Jadid and Akram Al-Makhzum. The time for a double terrorist attack was not chosen by chance: the hour when schoolchildren run out of classes and they, with shouts of joy, are eager to return home. First, a car bomb went off near one of the schools. A few minutes later a suicide bomber blew himself up near another school.
The number of victims is constantly growing. According to recent reports, the schoolboy 33 died. More than 100 people were injured. Many hospitalized in serious condition.

Two weeks ago, 15 September, the schools of Homs and other Syrian cities hospitably opened the doors. A new school year has begun, with its lessons, changes, grades, portfolios, diaries - all with which the life of any schoolchild is rich. But the Syrian guys have their own particular problems, unfamiliar to the "prosperous" West. The terrorist gangs of the motley "opposition" continue to torment the country.

Schoolchildren of the Akram quarter began their school year by writing a collective letter to President Obama. They called on him to stop supporting and funding all terrorist gangs. And here's a kind of response to the letter was a terrible double terrorist attack that took place only two weeks later ... Of course, “after” does not always mean “because of”, but it’s too sinister and symbolic coincidence ...

October 2 in Homs was a mourning farewell ceremony. Parents who did not wait for their children, through tears cursed the murderers. Teachers and representatives of the city administration expressed their condolences, calling the terrorist act a shame for humanity.

The crime was sharply condemned by many parties and public organizations of Syria. Syrian communities abroad sent their angry letters from France, Bulgaria, and Hungary.

The CAP MFA sent a letter to the UN Secretary General and to the UN Security Council requesting to condemn this cynical terrorist act.

The Ministry of Foreign Affairs especially emphasized that it is committed by the so-called “moderate opposition”. And the artificial distinction between "moderate" and "unlimited" terrorists is contrary to common sense. “The cold-blooded attitude of international organizations to such criminal acts gives terrorists the opportunity to perform such bloody actions again and again,” the message says.

The document also provided data on the victims of indiscriminate mortar attacks on residential areas throughout the country in August and September 2014. The death toll from these crimes reached 296 people, injured - 1487.

The Russian Foreign Ministry strongly condemned the terrorist attack in Homs and the killing of schoolchildren. And even the General Secretary Ban Ki-moon, who was silent in response to many such atrocities, this time could not remain silent.

Can the UN Secretary General and other representatives of the “world community” not only condemn terror in words but also put a strong barrier to it? For this, it is necessary that any support for any terrorists be terminated.

And the crimes against the Syrians, meanwhile, continue. In the province of Damascus, the city of Dzharamana was attacked with mortars - two people were injured. Two others suffered from a similar shelling of the suburb of Duweyl and the metropolitan quarter of Kashkul. There was a lot of material damage to residents. Earlier, on September 30, Duweil was already shelled - then two people were killed near the mosque and eight were injured.

In the vicinity of the city of Adra, recently liberated by the Syrian army, an explosive device was launched, which had previously been laid by the militants. It must be said that, leaving the settlements under the onslaught of the military, terrorists very often undermine everything that their bloody hands can reach. Of course, the sappers carry out work on the disposal of "hellish machines", but not everything can be found ....

The bomb worked in the place where the high-voltage line, which was repaired workers. One person died as a result, several others were injured.

A representative of a friendly Iran, the Secretary General of the Supreme Council for National Security Affairs Ali Shamkhani, paid an official visit to Damascus. He met with the head of the Syrian state, Bashar al-Assad. The parties discussed issues of cooperation between the fraternal countries and the protection of peoples from terrorism and extremism.

The Syrian President said that those countries that support, finance and arm gangs are not able to wage a real fight against terrorism. He also pointed out the importance of fighting not only the terrorists themselves, but also their extremist ideas.

Both sides stressed that countering terrorism should be conducted only within the framework of international law and without the policy of double standards inherent in the United States and other Western countries. These countries simply realize their interests, violating the sovereignty of other states.