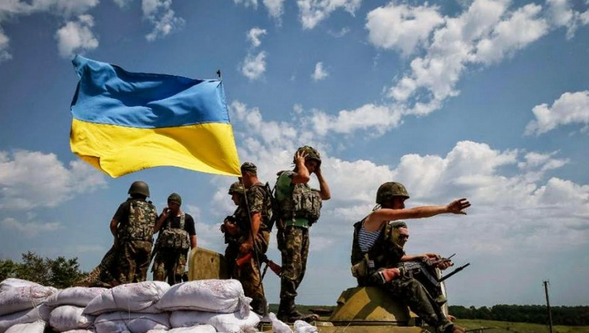 The Information Bureau of the Army of the Southeast reports that the drunken punitive of the 34 Battalion of the Defense Forces Batkivshchyna forcibly took away military awards from the house of the veteran of the Great Patriotic War.

According to local residents, drunken punitive 34 Battalion of the Batkivshchyna territorial defense battalion arrived in Donbass from Kirovograd region, having learned that a veteran of World War II lives in the village, stumbled into his house and took military awards.

When a weak old man tried to resist the Banderovites, they severely beat him, spoiled the available household appliances and broke all the windows in the house.

Lozovoe (ukr. Lozove) is a village in the Yasinovatsky district of the former Donetsk region of Ukraine. Currently, according to the DPR intelligence, there are stationed to 80 punishers from the 34 Battalion of the Batkivshchyna territorial defense battalion.
Ctrl Enter
Noticed oshЫbku Highlight text and press. Ctrl + Enter
Military Reviewin Yandex News
Military Reviewin Yandex Zen
40 comments
Ad