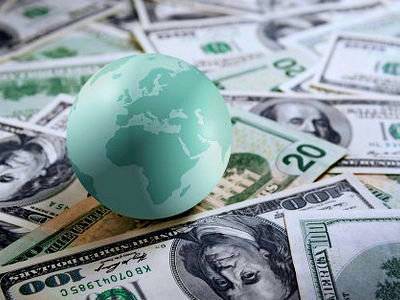 Watching the battles of supporters and opponents of the return of Crimea that took place in the information space, you catch yourself thinking that many people do not realize that the Rubicon has already been passed and the preservation of the latter as part of Russia is the key to the national sovereignty of our state.

This is well understood in the West, which chose the tactics of suffocating sanctions in order to finally subordinate Russia's foreign and domestic policy to its strategic interests.

The retaliatory sanctions on the principle “I will put my eye out so that the mother-in-law has a son-in-law curve” are counterproductive due to the disproportionate economic potential of the opposing sides. But this is not the main thing ... The reason for our probable defeat is that we are today in the paradigm of the Protestant model of the development of society, defined by the economy of the lending rate, within which national borders should not exist in principle.

What can oppose this?

In the economy of loan interest, there is an insurmountable contradiction within the framework of the system of financial and credit relations that has developed over the past five hundred years - “the trees do not grow to the skies”!

And today, the overwhelming majority of representatives of the middle class of Western countries are in debt slavery, to get out of which is not possible for them. It is for this “Achilles heel” of the public relations established in the West that we should strike back.

From the time of their appearance until the beginning of the Reformation (first half of the XVI century), the coins were the property of the issuer. They were provided to subjects for temporary use on a reimbursable basis, not subject to accumulation by private individuals, i.e., with a certain frequency they returned in the form of tax to their owner. And in order that the subjects did not have the temptation to appropriate someone else’s property, coins with the same frequency were perekanevansya, as a rule, with a different image on the reverse.

After the discovery of the New World and the beginning of the “flood” of the Old World with gold and silver from the American continent, a price revolution is taking place - a sharp decrease in the commodity coverage of the cost of gold and silver coins, which humanity has not yet experienced in previous centuries.

Guided by good intentions, in order to somehow suppress inflation, they put into circulation the so-called “perpetual pfennig” - a coin that is not subject to periodic renovation. Thus, it becomes possible to accumulate coins by private individuals.

The Reformation begins. Replacing the previous religious paradigm “It is more convenient for a camel to go through needle ears than for a rich one to enter the Kingdom of God,” another one comes - “If you are rich, then God favors you.”

Soon enough, the thirst for accumulation is of such size that it blocks the flow of gold and silver from the Americas. But it's too late, the genie is out of the bottle. The economic recovery is being replaced by a recession, and crowds of extra mouths, bankrupt peasants and artisans, in search of at least some work, flood the roads of Europe, unwittingly becoming, in unsanitary conditions, carriers of various infections.

In the light of the new paradigm, the decision is found fairly quickly: “vagrancy laws” are being adopted, and the extra mouths start to hang on the side of the roads. And only later, when they are building a bridge across the Atlantic Ocean, are those extra mouths sent in large numbers to develop new lands in America. As their fellow believers acted with them here, so they begin to deal with the indigenous people (“a good Indian is a dead Indian”), freeing up living space for themselves.

Humanity is on the threshold of a new page in its history - the era of colonial wars and primitive accumulation of capital.

One can imagine at what pace the initial accumulation took place, that already in the second half of the 16th century the first bourgeois revolution took place in the Netherlands, which was a kind of springboard for the subsequent offensive: in England - the middle of the 17th century, in America and France - the end of the 18th century, as well as all subsequent Revolutions throughout the XIX and early XX centuries.

Today, a reverse transition from the “perpetual pfennig” system to a monetary system is needed, when the accumulation of funds will be possible only in non-cash form.

Currently, when the material carrier underlying cash is of no value, there is only one way in which the banking system can effectively control money circulation:

Thus, on January 1, new money, which is already in the hands of the population, comes into circulation, and old money is completely in banks and must be disposed of.

The monetary system proposed above allows us to find a trivial solution to the pyramid of debt obligations inherent in the economy of loan interest, namely:

- the new monetary system makes possible the long-term accumulation of money only in non-cash form, as a result of this, the payment of interest on bank deposits is canceled;

- lending to individuals and legal entities by banks becomes interest-free;

- Banks receive funds to finance their activities through ongoing operations and loan servicing.

- when a loan becomes interest-free, a tool such as the issue of money by the Central Bank in order to avoid a non-payment crisis and maintaining the liquidity of the banking system loses its value;

- the money issue of the Central Bank remains relevant as GDP grows to maintain the purchasing power of the monetary unit at a certain level in order to avoid deflation;

- the money issue of the Central Bank in full comes at the disposal of credit institutions, depending on the quantitative and qualitative indicators of their activities.

Thus, the issue of money by the Central Bank, and through the value of the banking multiplier and the money supply are tied to the growth of production of goods and services.

As a result, the national monetary system will start operating in the “gold standard” mode without any gold and foreign exchange support, because the most reliable and stable currency in the world is trust. And homegrown financial capital is vitally interested in lending to a domestic producer of goods and services.

But the state, which is excessively swollen due to unearned money, will have to moderate its appetites and live within its means, conscientiously collecting taxes due by law.

Not only as a result of the introduction, but already at the stage of broad discussion of the proposed monetary and financial-credit system, such a wave will rise, turning into a tsunami, which will cover the entire financial international with its head. And the West will not immediately come to Russia.

* The approximate size of the money issue can be estimated as follows: if the current monetary base is 8 trillion rubles, then if the GDP grows by 5%, additional money emission of the Central Bank in the amount of 400 billion rubles is needed. This amount will be the “broth” - the net profit of credit institutions.

** In principle, no one forbids a credit organization from periodically sharing its profits with its customers in the form of charges on the amount of the minimum (or weighted average) balance on existing accounts.

*** The model of the financial and credit system proposed above reflects only the basic positions of its functioning.