Attack of the monuments 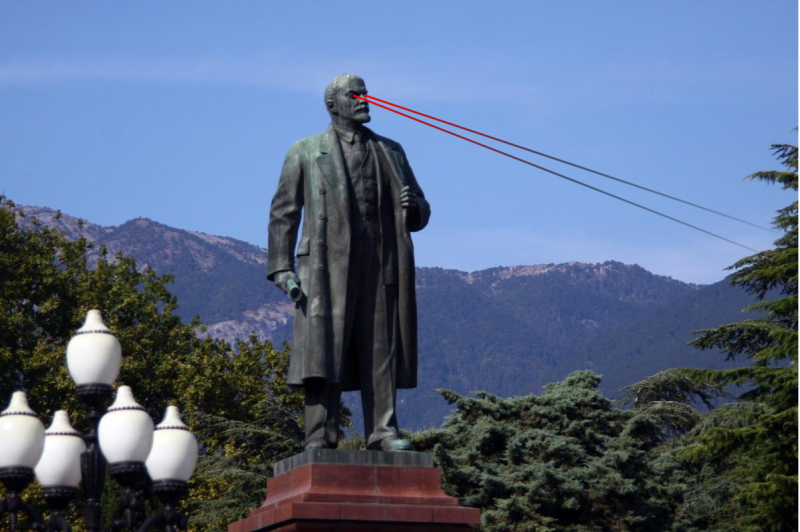 In the most difficult conditions of the Russian occupation of the Crimea and the Donbass, the Ukrainian people once again showed their solidarity and inflexibility. A platoon of Russian paratroopers again made an attempt to land on the territory of Ukraine. This time, the leadership of the Russian state had hoped for a blatantly blatant plan to invade the first capital of Ukraine, Kharkiv.

According to authoritative sources, the penetration was coordinated by the local cells of the separatist movement and relied on a spy network introduced into the territory of Ukraine during the Soviet Union. The network was built so competently that it could carry out espionage activities in the entire Soviet Union and subsequently the CIS!

The division of the paratroopers was, of course, once again destroyed, as well as the newest, but useless equipment. An ordinary precedent, however, he revealed a spy network existing in the territory of the Ukrainian state.

The investigative team of the Ministry of Defense of Ukraine, with the participation of technical specialists of higher educational institutions of military profile, conducted an examination that confirmed the terrifying fact: the means of spying for invaders in the territory of Ukraine were monuments that were erected during the time of the bloody Soviet empire! Monuments to leader V.I. played a special role in the network. Lenin, because, in addition to espionage, they also performed a coordinating function and ruled with lower power pedestals, profiles, busts and portraits of Stalin, Khrushchev, Brezhnev and other henchmen of the bloody evil empire of a smaller post.

Using the information obtained through the examination, with the support of the mobile group of activists of Euromaidan and members of the “Right Sector”, as well as local patriotic organizations, the head of PriprivBank of Ukraine, President of the European Council of Jewish Communities (ECJC) and just a conscious citizen of Ukraine, who has torn his Israeli and Cypriot passports in a fit of true patriotism, Igor V. Kryndeshvili decided it was time to act. Considering the previous exciting discussions among the population due to the demolition of monuments in Lviv and Ternopil regions, it was decided to destroy this blatant tool of Russian espionage at nightfall.

As revealed by the examination, the monuments to Lenin, in addition to intelligence activities, also have a clear psychological effect on the population: zombies directly into the brain, makes you think, ask unnecessary questions, sympathize with dying fellow citizens ... The solution is difficult and unpopular, but necessary - you need to destroy these creepy sculptures, snatch the tentacles of the Soviet octopus ingrown into the consciousness of Ukrainian citizens.

It was decided to start with the main element of the network: a monument to Lenin in Kharkov was the largest device in Ukraine for the zombies of people. To dismantle this fiend, several battalions were created, armed with the latest technology with grinders and pieces of reinforcement. Long, time-consuming training sessions organized by Igor V., were designed to prepare the psyche of the fighters for the destructive influence of the leader. 28 September 2014, at about 23 hours, the special unit against Lenin defeated and ejected this creepy mechanism from the pedestal. It is noteworthy that even at the time of death, the terrible offspring of Soviet thought struck one of the fighters with a clear hit in the eye with a rope that was treacherously torn by Lenin. Sorry for the man, but nothing - Igor Valerievich will take care of him.

It is terrible to imagine the power of the monument, which held the 1.5 million city in awe! Now every Kharkiv citizen can breathe deeply. However, unfortunately, the fighters of the anti-Leninist special forces still have a lot of work to do before the post-Soviet network of monuments is completely suppressed. Good luck to them!

By the way, the expertise ordered by the MOU also revealed the beneficial effect of the S. Bandera monuments on a person. It is proved that only obelisks installed in the west of Ukraine saved the Ukrainian nation from the final zombie by Lenin. Thus, the same examination revealed both the danger and the means to combat it - the Bandera monuments should be installed everywhere. Only in this way will the Ukrainian nation, taking its roots from the great proto-brows, finally wake up from the two-century occupation of the evil Russian empire! We will no longer allow deceitful invaders to build factories, kindergartens, schools and roads in our territory! Never again will they show us their claims for the destructive development of science and industry! NEVER!

Shl. It would be funny if it were not so sad.