US bombed, the Syrian army - free 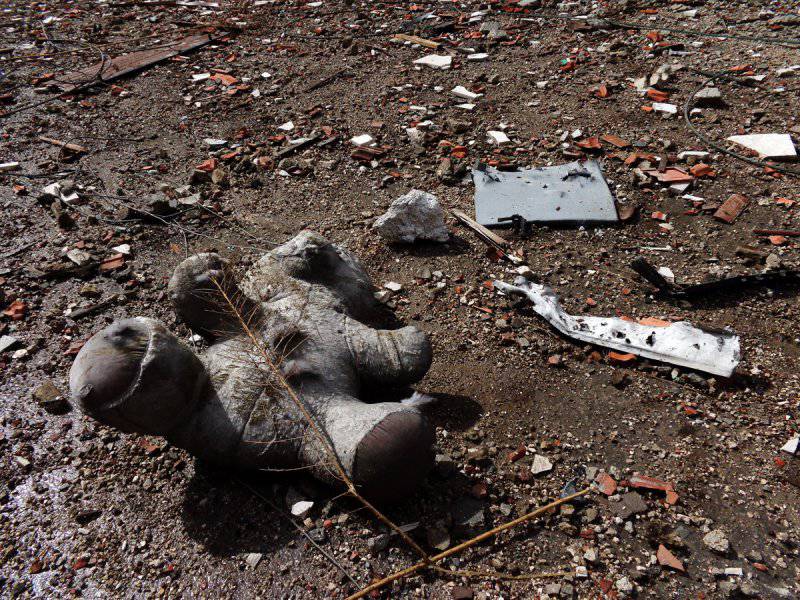 The so-called "anti-terrorist coalition", hastily put together by the United States, continues to inflict airstrikes on the territory of Syria. Their geography has expanded over the past 24 hours - now the bombs are falling on the territory of the provinces of Hasak and Deir-ez-Zor.

While the strikes are being made on the territories controlled by the militants, Syria’s reaction is rather restrained, despite the fact that the organizers of the bombings did not bother with any legitimization of their actions. There is no active opposition to the Americans and their allies for two reasons. Firstly, the SAR itself is extremely interested in the destruction of terrorists, including members of the “Islamic State”. Secondly, the country was put in an awkward position - if it begins to actively counteract the military operation of the "allies", then it can be accused of nothing else than ... supporting terrorism. Thus, an excuse will be created in order to throw bomb strikes against Damascus and other cities under the control of the legitimate government.

In Syrian society, of course, very skeptical of Washington’s voiced intentions. Especially considering the fact that the United States has attracted as its coalition partners all those who supplied the militants with everything they need and are thus guilty of creating and strengthening the same IS, as well as other groups. These are such reactionary states as Qatar, Saudi Arabia, Bahrain, United Arab Emirates.

Among Middle Eastern states, Iran has been the most consistently opposed to the illegal actions of the “coalition”. The President of this country, Hassan Rouhani, in an interview with the Air Force stressed that air strikes against terrorists should be coordinated with the Syrian leadership and conducted in cooperation with Damascus. Without this, the actions of the United States and its allies are beyond the scope of international law and must be condemned. Rouhani also pointed to the need to fight all terrorist groups, and not to arm the militants of other formations. The continuation of such actions, he said, is a big mistake.

However, in a conversation between Iranian Foreign Minister Mohammad Javad Zarif and US Secretary of State John Kerry, the latter promised that the strikes would not be inflicted on the positions of the Syrian army and the territory controlled by it. Of course, I would like to believe in it. Unfortunately, it is involuntarily recalled that in February 2011, the United States and NATO declared that they would not bomb Libya, and already in March of that year, the massive bombardments of this country began.

In any case, Syria certainly suffers damage from American air strikes, even if they are directed against terrorists. Buildings, oil fields, and infrastructure facilities suffer. After some time, after the inevitable victory, the Syrian people will have to restore everything: the fact that the terrorists destroyed it, and the fact that they defeated the Tomahawk.

Even if international law is not violated in even more brutal ways and the worst fears do not come true, it turns out that the United States has developed a new technology to combat undesirable countries. First, destabilization of the situation, arming the terrorists and setting them on peaceful cities and their inhabitants, then declaring a “noble” fight against terrorists and bombing the territory where they were entrenched. In any case, America pays for such a policy with money, and Syria with the lives of citizens, destroyed infrastructure and immeasurable human grief.
But, despite the heaviest burden that fell on the shoulders of the Syrians, they continue to win victories. 25 September The Syrian army and the militia liberated the industrial city of Adra, which is located approximately 18 kilometers from Damascus.

The newest история this city is deeply tragic. In December 2013, he was captured by militants. Not the “Islamic State”, I emphasize, but the “Dzhebhat An-Nusroy”, the “Islamic Front” and the “Syrian Free Army”, which the United States calls the “moderate opposition” and intend to arm further. This "opposition" committed a monstrous massacre in the city where the workers and civil servants lived. According to eyewitnesses, severed heads of people hung in the trees. Mothers were thrown at the feet of the bodies of dead children. The corpses of the dead were tied to cars and dragged along the streets. Then Syria appealed to the UN, presenting the facts of this barbaric massacre and demanding to condemn it, but in response there was only silence.

The story of engineer Nizar Hassan, who blew himself up together with his wife, two young sons and terrorists who broke into a house, is especially memorable for Syrians. He took such a desperate step, because he understood that otherwise his relatives would have to die a much more horrible death.
Then the Syrian army, which joined the battle with the invaders, managed to liberate about half of the city. Then the military operation was hampered by the fact that the militants used the survivors of civilians as a human shield. But still, in the end, the army freed Adra. The townspeople greeted the soldiers as heroes.

This is the true fight against terrorism. And what the United States and its allies are doing is nothing more than an unsuccessful attempt to cover their own crimes against the Syrian people.