How not to lose Siberia and the Far East

22 September 2014
176
I would like to discuss a very serious topic. I do not claim the laurels of the great whaler, but I do not like many processes that do not occur clearly, but deeply, under the ice.

On the one hand, Russia and China seem to be allies against the USA and NATO to this day. It seems like gas contracts are signed, we handle and smile at each other. On the other hand, let's not forget that our Siberia and the Far East are poorly populated, and the outflow of Russians from there to the central part of the country is only increasing.

China is overpopulated, some are unemployed there, according to various sources, of the order of 300000000 people. It is more than two Chinese for every Russian, from young to old.

There is evidence that birth control in China leads to the fact that parents try to leave the boys, and these boys, as the only children in the family, indulge in parenting. Then these boys will grow up, believing that “the whole world is for them,” and they will have to put themselves somewhere. In overpopulated China with its huge internal competition, this is extremely problematic. But across the border - sparsely populated Russian Far East and Siberia.

I am not talking about the military annexation of the Far East and Siberia by China. Still, Russia is a nuclear power, and the Chinese are too smart for such obvious aggression. In fact, since the beginning of 90's. there is a gradual, step by step colonization of Russia, "on the sly."

The Chinese come to Russia and remain here. Receive Russian passports, bring their relatives. Many Chinese marry Russian women. And this is a fact. The woman’s reason is this: Chinese men do not drink, they work hard and bring money to the house.

Given the decline in the Russian population of the Far East and Siberia and the profits of the Chinese population, in the very near future, the Chinese will become the ethnic majority in these territories.

Yes, they will have Russian passports, their children will speak excellent Russian, having studied in Russian schools, but they will be Chinese. Ethnic Chinese will elect to local parliaments and as heads of cities of their own ethnic Chinese. They will open in parallel with the Russian Chinese schools. And after some time, the issue of recognition of Chinese as the second state language, or at least a regional language, will probably be raised.

Doesn't this remind you of anything?

If they are refused, and local activists hold a referendum on state independence of the Siberian and Far Eastern Republics? Do you think ethnic Chinese will vote in such a referendum? And if, God forbid, there are madmen in the Russian power or near it who want to pacify the Far East and Siberia and send an army or some volunteer detachments from Russian nationalists there, then we can get the same thing in the east of Ukraine .

Surely there is Colonel Wang Yu Shin, who organizes the Siberian militia ...

I myself am sick of writing it! Minimize as you like, but this is not such an incredible option.

But I don’t even doubt that, with a similar situation, the PRC will hesitate: should the PLA be introduced to protect ethnic Chinese? .. I have no doubt that if the PLA enters the territory of the Far East and Siberia under such a pretext, they will never leave there ever . For Russia, these lands will be lost forever.

I have read the statements of some skeptics who argue that China does not lay claim to the territories of the Far East and Siberia. I heard the point of view that the territorial disputes between Russia and China were resolved by transferring the disputed lands to China.

Why, I just don’t think that giving them to China was the right decision. There is such a method of breaking the consciousness by “small concessions”. The Chinese during the Korean War so reworked American prisoners of war. It was a long-term job. They asked the prisoners during friendly conversations to perform some simple service. The prisoners carried them out because they did not think that they were doing something seditious. Then there was another service, then a third, more serious.

The person who has stepped on this path has no way back. In the end, it all ended with the fact that American prisoners of war, as a result of lengthy psychological treatment, began to fiercely hate their own country. The worst thing is that this effect did not disappear even after the return of prisoners to their homeland.

The method of “small concessions” is a terrible thing according to the results to which it ultimately leads.

I am afraid that this technique has long been applied to Russia. Having given China part of its territory, our country embarked on this path. We must get off him before it is too late.

Is it possible to prevent this scenario? Probably there.

This is a complex, long-term, painstaking work on the development of the region of the Far East and Siberia. It is necessary to carefully consider the migration policy of the Russian Federation. It is necessary to strengthen the Far East militarily. It must be remembered that, in addition to China, we have a dangerous neighbor, Japan, which has begun to militarize actively. And with Japan, in particular, the issue of the Kuril Islands has not yet been resolved. 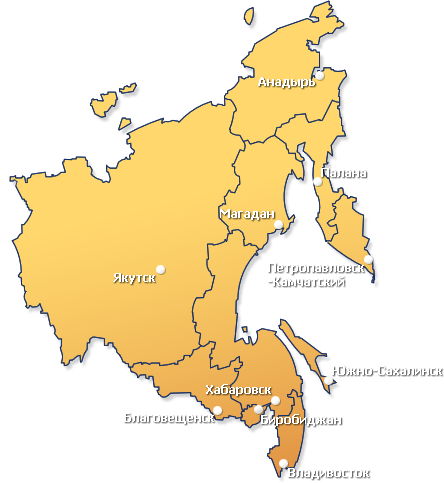 We need a fortified border with the People's Republic of China, we need military bases, we need exercises (conducted, and very well). We need economic cooperation with China and the same Japan. That's just not necessary with joy to fall into the arms of China, selling him all the resources at the root, they say, the Chinese will do everything well. The Chinese will dig up the resources, they will bring it to themselves, and they will recycle it, for the benefit of their economy.

I believe that if we ourselves sell resources, then the condition of the concession is to do deep processing of raw materials in our country, in the Far East and from Siberia, for example, in the format of joint ventures. It will also provide jobs for Russians living in the Far East and Siberia, will give taxes to local budgets, the construction of large industrial clusters will lead to a pronounced growth of our eastern regions and an increase in their standard of living.

Probably, not only the outflow of the population will stop, but the influx from the central part of the country will also increase.

Again, in cooperation with China, a balance is needed. Do not "go to bed" under China. Need a system of checks and balances.

Bringing foreign business to Siberia and the Far East, it is likely that certain proportions of their representation must be observed. Conventionally: 40% is China, the rest 60% is Japan, South Korea, Singapore, Taiwan, India. It is probably worth attracting German, Italian, French business. It is very important not to depend on "partners" as we are so far dependent on Ukraine in military-technical cooperation.

This article - reflections on the topic. I hope that responsible people foresee all threats, explicit and implicit, and conduct preventive work. It is better to “interfere” than “not to be upset”, and then cry bitterly.