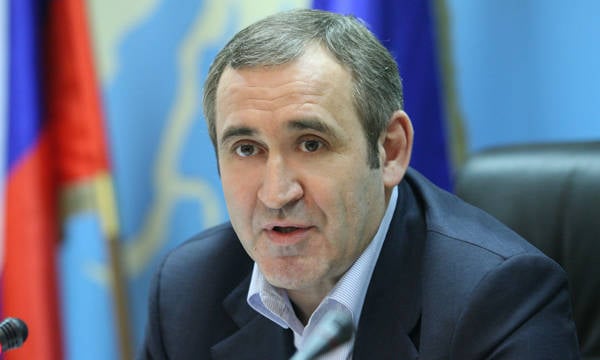 It is to Gorbachev that we owe the fact that Russia almost lost its sovereignty. And this largely explains why Mikhail Sergeyevich enjoys much more respect in the West than he did in his homeland: no one in the world needs a strong Russia, said Sergei Neverov.


During the years of Gorbachev’s rule, we lost a country called the Soviet Union, and then almost lost Russia, when the economic crisis began, hundreds of thousands of enterprises across the country stood up, didn’t pay people for months, and tried to take the state apart. This was announced on Monday, 25 July, acting secretary of the Presidium of the General Council of "United Russia" Sergei Neverov, commenting on the ER.RU assessment given in an interview on Saturday with the ex-president of the USSR to the leadership of the country, "United Russia" and the All-Russian Popular Front:

“Let's remember what the years of the rule of Mikhail Gorbachev and the decisions he made are connected with ... We lost a country that was called the Soviet Union. And then they almost lost Russia when the crisis began in the economy, hundreds of thousands of enterprises across the country stood up, people were not paid wages for months, and the government tried to pull apart in parts. They were able to save the country only thanks to a tough stance and policy that Vladimir Putin began to implement, and then Dmitry Medvedev-Vladimir Putin continued the tandem.

It is to Gorbachev that we owe the fact that Russia almost lost its sovereignty. And this largely explains why in the West Mikhail Sergeyevich enjoys much more respect than in his homeland: no one in the world needs a strong Russia.

One can argue for a long time about whether a person who pompously celebrates his anniversary in London, categorically declare what the Russian people want or do not want. People expressed their opinion on this matter, supporting Vladimir Putin, "United Russia" in the years when it was not easy: it was necessary to assemble the country, restore the economy, overcome poverty. Vladimir Putin was able to do it. Today he sets new goals. What is happening now is a huge step forward in the development of democracy and civil society.

For the first time in the framework of the All-Russian Popular Front, we openly, with the participation of representatives of the whole society, elect candidates to the country's main legislative body. Today there are many new interesting ideas, suggestions for solving problems that concern people. Such an approach will provide an opportunity to form the power not only popular, but also effective. "

Ctrl Enter
Noticed oshЫbku Highlight text and press. Ctrl + Enter
We are
About Stalin and KhrushchevWhat you didn't want to know about England
29 comments
Information
Dear reader, to leave comments on the publication, you must to register.