9 September 2014
50
The fifteenth anniversary of the creation of the cadet school named after Hero of the Soviet Union N. V. Starshinov in the city of Anapa is celebrated by young cadets, their parents and the teaching staff without much enthusiasm. The reason that causes openly negative emotions in the above-mentioned people is related to the fact that the head of this school, as they say, “left”. For a man who stood at the origins of the education of the cadet school, honored education worker of the Krasnodar Territory, a representative of the pedagogical dynasty known in the Kuban, a teacher with 30-year experience of Alexander Bakanov, local leaders of the educational sphere created conditions that cost the headmaster health

As usually happens in such matters, Alexander Bakanov (the director of an educational institution) seemed disagreeable to the city educational administration for the reason related to the expenditure of funds. At least, this is how the parents of those students who chose the naval path for themselves explain the situation around the unexpected change in the leadership of the Anapa cadet corps.

A letter asking you to sort out the situation with the change of leadership in the said Anapa cadet school parents of students (cadets) sent to several instances at once. Among them are not only government bodies (the Ministry of Defense, the reception office of the governor of the Krasnodar Territory, Alexander Tkachev), but also the media. At the same time, the parent committee of the cadet school argues that attempts to find out from the regional authorities an objective reason for changing the leadership of the school preparing future cadets of naval universities, in fact future naval officers, remained unanswered. 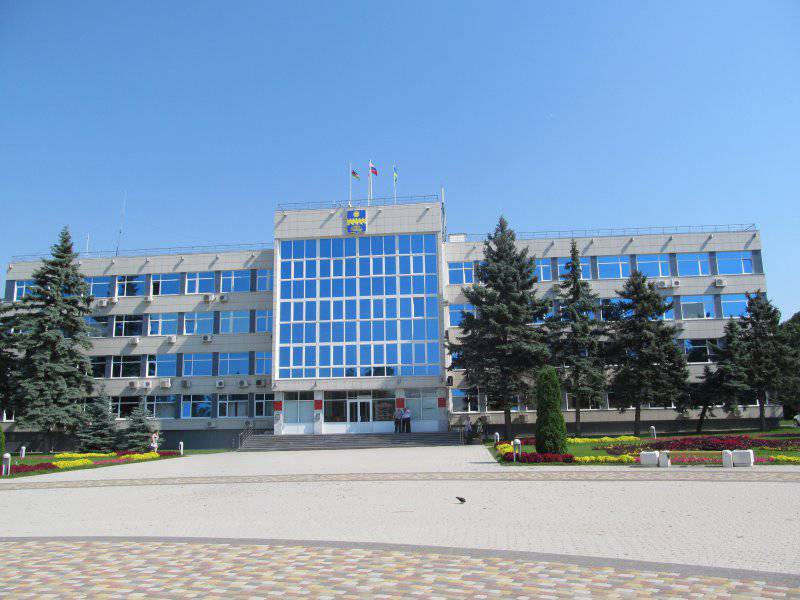 It is reported that in a letter to the local authorities, the parent committee asked not only to clarify the situation after the change of the head of the cadet school. NVSarshinova, but also to answer the question of why the school from the Cadet was actually turned into a regular general education, eliminating drill classes, making it impossible for children of several levels to wear a Cadet uniform.

From the letter of the parent committee of the cadet school. N.V. Starshinova of the city of Anapa to the Minister of Defense Sergey Shoigu and in the media (the style is preserved):

For a major contribution to the patriotic education of youth, the Anapa Maritime Border Lyceum was renamed the KADET SCHOOL NAMED AFTER HERO OF THE SOVIET UNION N.V. STARSHINOVA and enters the register of cadet corps of the Russian Federation.

During the 15 years in our city, many mayors, heads of education have changed a lot, and the good work started by him (director Alexander Bakanov - comment) developed and flourished, although 15 had been living in rented premises for years.

Bakanov A.V. built a school! It remains to equip the territory - to make a fence and concreted parade ground.

A year ago, Filofeeva N. was appointed to the post of the head of the city education department, which literally understands the authority given to her to sweep out uncomfortable employees with a sword and a hot iron. The rebellious Bakanov AV with his arsenal of merit in education. 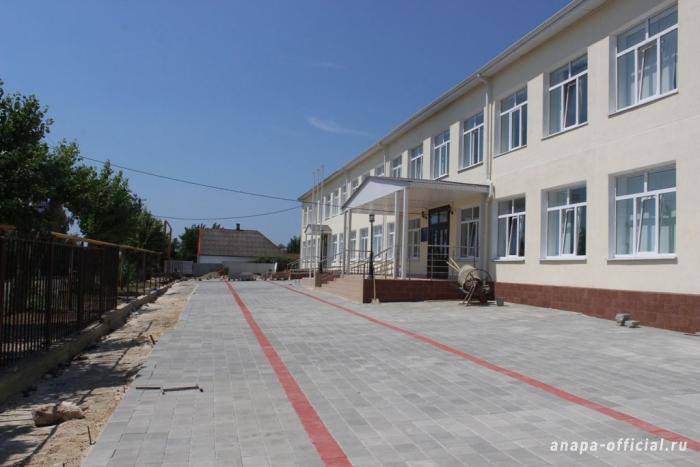 The following describes the situation with the money issue, which became a stumbling block between the leadership of the cadet school and local authorities:

At parents' meetings in May 2014, Bakanov A.V. personally appealed to the parents of each class of cadets with a request for help not only by physical forces and with a request to look for sponsors, since there is no money in the school account, but there must be no small amount - 7 million.

And here began filthy romp, started by Filofeyeva, harassment and a real war against Bakanov A.V. It is hard to believe that overnight the exemplary director has turned into a complete ownerless owner and slobs. On Bakanova A.V. as reprimands for construction deficiencies rained down from the horn of abundance, devastating articles were sent to him in the regional newspapers, local TV also did not stand aside. We got the impression that Filofeeva was ready Bakanova A.V. "Roll in the asphalt." From 4 July 2014 of the year N. Filofeeva removes Bakanova A.V. from the position and appoints the Acting Act as the “most experienced manager of the Anapa district”, Sivko P. As a result, A.V. Bakanova. right from work, the ambulance is taking a heart attack to intensive care.

In the middle of August, 2014, from an article in a district newspaper, we suddenly find out that 7 million rubles appeared on our school’s account from somewhere, which in May and June were not 2014, but the parent committee of our school was constantly interested in them - where they disappeared Apparently, in our opinion, this money because of the hype raised by our parents, our education department could not “skate” them.

And now Bakanov A.V. submitted to us as a complete ownerless man who has not mastered 7 million rubles. (...)

Unable to withstand such harassment (health first of all) Bakanov A.V. “Voluntarily-compulsory” submits an application.

At the end of the letter, the parents of the cadets call upon Minister Shoigu and other addressees to look into the situation, to prevent the emergence of new "Kushchevsky hoes" and to promote the restoration of the former director of the cadet school Alexander Bakanov. 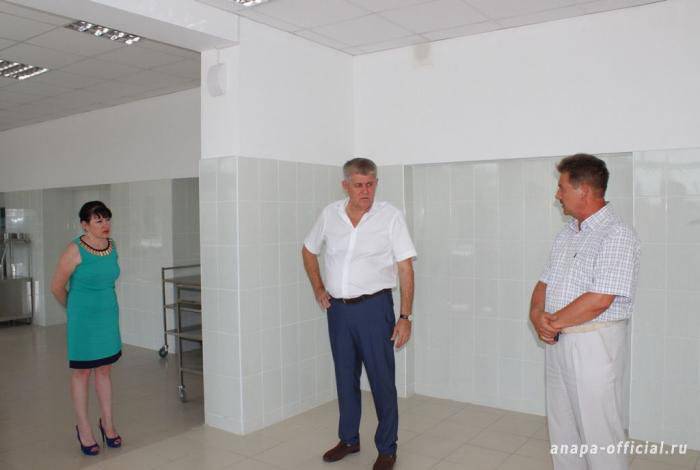 The letter is acute and actually reveals the problems of not just an individual educational institution, but also of the entire system of autonomous municipal educational institutions, to which the Anapa Cadet School belongs. If we take into account the fact that an autonomous educational institution is not a budget and can attract extra-budgetary funds based on the charter of an autonomous institution, then the financial relations of such organizations with municipalities look very complicated. Of course, it is possible to understand parents and cadets who are concerned about changing an experienced and professional leader to a leadership, which, in their opinion, is far from the life of a cadet school. But here, apparently, a cause intervened in the matter, which has nothing to do with the education system. It's about utilitarian things that made students hostage in school - about raising and spending money. When the educational structure begins to think more often about where to get money for needs instead of thinking about the implementation of educational programs (and this situation in our country is becoming more and more common), then it’s too early for such an educational institution (budgetary, and even more so autonomous) or later there will be problems. In this case, as you can see, problems arose in the relationship with the municipality, which, of course, has the opposite point of view on the events that occurred with the Anapa cadet corps.

And, there is an opinion that such problems will arise more and more often and not only with educational institutions claiming to be connected with the system of training future military. The cause of such problems is an attempt to cross a bulldog with a rhinoceros, namely, to combine the responsibility of the management of educational institutions inherent in the Soviet education system with the issues of “innovative” transfer of schools and other educational institutions to market self-sustainment. In such a situation, the leaders (and Aleksandr Bakanov, among others) find themselves between two fires a priori: they are required to establish the training process at the proper level, and to obtain extra-budgetary funds on their own.

In general, the essence of this seemingly narrow issue is actually much wider than the competence of any one department. It is unlikely that even such a powerful ministry as the Ministry of Defense is able to answer all questions of the parent committee of the Anapa Cadet School. The issue of multilateral relations of the leadership of such schools, students, representatives of parental committees and local authorities is a matter for broad discussion involving the Ministry of Education and Science and the Ministry of Justice, and a number of other agencies that determine the legal and educational standards of educational institutions in the Russian Federation. As always, it remains to be hoped that the truly valuable pedagogical staff will not be merged in favor of "effective managers" who revolve in small-town bureaucratic spheres.