Expert: elections in a war are typical only for "banana republics"

3 September 2014
45
Kiev has long been discussing the issue of martial law. Decide to do it yet. But a day ago, the leader of the nationalist party Svoboda, Oleg Tyagnibok, proposed to the Rada a draft law proposing to allow parliamentary elections in a state of martial law. This is reported by the channel RT. 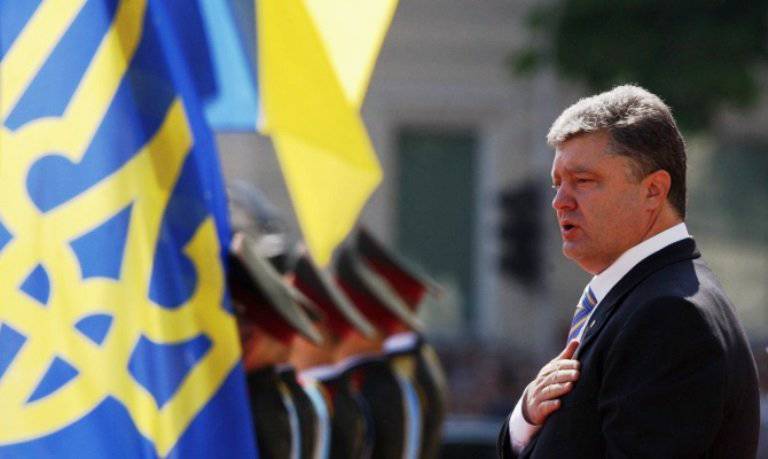 “According to the current legislation, the introduction of martial law in Ukraine will make it impossible to hold early elections of people's deputies. In this regard, it is proposed to introduce provisions that will allow holding in a state of war or a state of emergency any elections that were held before the introduction of martial law or a state of emergency.- says the explanatory note to the document.

The publication reminds that the elections to the Verkhovna Rada are scheduled for October 26.

Ukrainian expert Yuriy Gorodnenko considers this bill to be a PR move by the company trying to raise its low ratings.

“It is necessary to enter the information field with a set of theses that will be attractive and interesting (...) In this case we are talking about how to legally prepare the ground for the introduction of martial law. And then it is martial law used for self-praise. After all, today the virus of aggressiveness is abandoned in Ukrainian society, it is militarized diligently. On this wave of politics, Tyagnibok and Tymoshenko, are trying to earn points. ”- commented on the situation Gorodnenko.

In his opinion, several points prevent the declaration of martial law: “Firstly, the Kiev authorities cannot decide who they are fighting with. There are no evidences of Russia's involvement in the armed conflict, and to declare that the war is being waged with its people is to expose oneself to the fun of the whole world. ” Secondly, the martial law "opens the way for various frauds and raider seizures under the cover of a military operation, that is, any oligarch who now controls military units, Kolomoisky, Lyovochkin with Akhmetov, can enter their units and seize any enterprise."

The expert is confident that elections under martial law are characteristic only of “banana republics”, countries in south-east Asia.

“For civilized countries, this is not typical. It is nonsense that a martial law be introduced in a European country and right there hold elections- considers Gorodnenko. - This does not correspond to the norms of democracy itself, which presupposes freedom of expression, freedom of the press. Under martial law this is not. In addition, one of the main conditions for democracy is the participation of all citizens in the electoral process. And if martial law is introduced, it is recognized that part of the country is not controlled by government forces. Speech about democracy cannot go if only Western and Central Ukraine will choose the Rada ”.

Another expert, the general director of the Center for Political Information, Aleksey Mukhin, told the “RT” correspondent that Poroshenko and his team are currently trying to change the “interface” of the Ukrainian parliament and squeeze objectionable deputies out of it.

“The attempt to“ reload ”Rada, while leaving it with a working tool, is in fact unconstitutional, that is, it does not comply with the constitutional norms of Ukraine itself. But, nevertheless, it is being done to have an obedient tool in the future, on the one hand, and on the other hand, not to interrupt the lawmaking process in the interests of the existing power group and Washington, which oversees this process. ”- said Mukhin.

He believes that in fact Kiev is not interested in the conduct of martial law, since it will subsequently have to be responsible for their crimes.

“Martial law is not introduced, because for this it will be necessary to recognize the opposing side of the military. Accordingly, all international rules and regulations that apply to the conduct of hostilities, in a state of "war", are in a state of war. This means that the Geneva Convention will be in effect, etc. Kiev authorities are not interested in the fact that now these international standards are included. Because they committed a sufficient number of war crimes, for which, most likely, they are awaiting them, ideally, a military tribunal, and an international one. ”- summed up Mukhin.
Ctrl Enter
Noticed oshЫbku Highlight text and press. Ctrl + Enter
Military Reviewin Yandex News
Military Reviewin Yandex Zen
45 comments
Ad