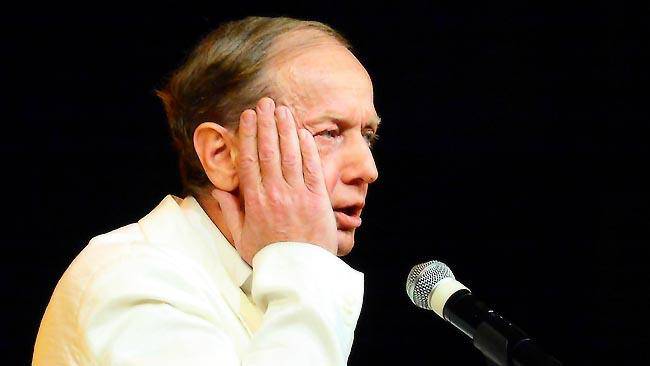 Do you know why Poroshenko raised a wave in the world, as if Russia sent troops to Ukraine? He is ashamed to admit to his "sponsors" that his state army, consisting of fascists, untrained poor conscripts, with collapsed military equipment of the Soviet era and generals of the newcomers who became millionaires in the last few months, was unable to cope with the militias and volunteers who arrived from Russia .

And how to admit it?

So, to convict ourselves of embezzling the help that the West gives Ukraine today. Thank God, there is always Russia at hand where you can blame your own sins, leading to people's misfortunes.

Do you know why America and Europe immediately picked up this “feed” Poroshenko? Because they are ashamed to admit that they help the thieves, no less than the previous president of Ukraine, who treat their people like shit stories. Moreover, this story is not written by them, but by Euro-Americans.

Do you know what militias and volunteers from Russia have? They know they are fighting for the idea! The militia began the revival of the real Russian spirit! I would say not Russian, but Rus! The concept of "Rus" is much older than the word "Russian".

Among them there are true leaders who, whatever the end of this war, still declare themselves in the near future. Leaders, which idea is more important than profit. And it has always been the prowess of the Rus.

And they are fighting not against the Ukrainian people, but against the American idea. And also against the European idea, contrary to the solar vedichesku Rus: against lies, hypocrisy and the world of consumption.

Russ - the concept is very old. Protecting honor and valor for them was always more important than profit and profit. And not only in antiquity. The Soviet Union helped many countries in the world freed from slavery. America and England were always on the other side, because for them the benefit and enslavement of nations was important.

In the Soviet Union, people from liberated countries studied. Never in Russia did they trade slaves or transport them from Africa.

In the Baltic countries, America or the European Union at least one rural school was built after the collapse of the Soviet Union?

In future European history textbooks, it is necessary to write in the future about the Soviet period as follows:

“With the help of NATO, we managed to drive out Russian occupants from the Baltic countries, after which schools, theaters, factories, factories, film studios, bridges over rivers, oil pipelines, railways, trains that still travel on these railways, and concert halls, peasant fields, livestock farms, fishing villages, and not a single casino, not a brothel, not a single golf course, not a single pornographic publisher, not a decent trafficker! This convincingly speaks of the extreme backwardness of the Russian invaders compared to the civilized world. But, thank God, the occupiers were expelled, and the Baltic countries took the path of civilization! ”

The most amazing thing is that in the mass people in Europe and in America believe when the mass media “defame” Russia. It is for this that a worthless mass formation is required. To learn about their opinion the masses from above.

Few people now ask themselves the question: if Russia sent troops to Ukraine, why did America not announce this right away? After all, everything is clear from American satellites. Russia that, the underground passage of the troops held? American intelligence boasts the fact that with their satellites you can even see the numbers on the machines.

So where are these photos? Where is the proof?

In the Baltic countries, on radio and television, local politicians almost in a whisper report to their people that they have secret information about the introduction of the Russian army into Ukraine.

Yes, there are a lot of assholes who believe in it.

But if there were evidence, they would have been immediately placed on the screen. Even fabricate this evidence, falsify, and then there is nothing!

And another interesting question: why did the subject of the downed Boeing become silent? They noticed that they were trying not to talk about it in any other Western news programs anymore. Yes, because they came to the terrible conclusion that this Boeing was shot down by the Ukrainian army, having mixed up with a Russian plane. Moreover, Ukraine is not the first time to shoot down a passenger plane!

This thought occurred to me ...

If Napoleon had had CNN and Euronews broadcasts, the world would never have known that the Russian army, the Russian militia, volunteers and partisans were driving him to Paris. And Napoleon himself would not know about it :).

PS By the way, you heard that Europe is going to introduce a new sanction - to stop the supply of diamonds from Russia. It is terrible to think how we will live now ?! No, they are not stupid, they are idiots. They think that everything is always measured only by profit, so they always lost the war.