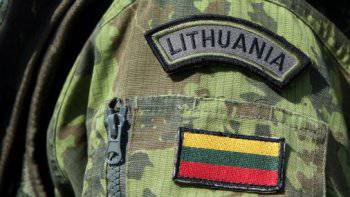 It all started 14 July. The former commander of the Alpha detachment, Mikhail Golovatov, who had arrived in Austria on business, was imprisoned on a European arrest warrant sent by Vilnius. The former Russian commando, accused by Lithuania of "crimes against humanity" committed, according to Vilnius, on the night of January 13 1991. 20 years ago, the “Alpha” detachment was ordered to take by storm the television center of the capital of Lithuania, in which the Lithuanian snipers of the “Sajudis” organization were stationed. The aim of the Lithuanian militants was to provoke a peaceful demonstration to unrest in the city. During an exchange of fire with alfovtsy, 13 militants were destroyed, and 1 special forces officer was killed, shot in the back.


15 July Austrian authorities notified Vilnius of the arrest of Golovatov. Lithuania, during a telephone conversation between the foreign ministers of these countries, demanded the immediate extradition of a “criminal” referring to the “norms” of international law.

The Austrian side was given ten days to make a decision, but they did not think for a long time. On the night of the 16 number, Golovatov was released, and flew back to Russia on an emergency basis. The arrest was not extended due to the fact that the Lithuanian side did not provide evidence of the guilt of the former Russian officer. As soon as in Vilnius they learned about the decision of the Austrian authorities, the accusations of “violating international legal norms” fell down against this state. The Lithuanian Foreign Ministry officially recalled its ambassador from Vienna, while Lithuanian nationalists held protest actions in the capital of Austria, against the decision to release a Russian citizen. At the same time, the website of the Ministry of Foreign Affairs of Austria was subjected to a DOS attack by unknown hackers, as a result of which several hours were not available. Also, in many Lithuanian newspapers, articles were published calling Austria "litter of Russia" and all in the same spirit. Indeed, a very strange behavior of the Lithuanian state, claiming the title of "civilized European country." For example, a member of the Brotherhood of the Defenders of Lithuanian Independence - Auksute Ramanauskaite-Skokauskene, blamed Russia for everything. "... Russia has put pressure on Austria, demanding the release of Mikhail Golovatov." And further "... All Lithuanian residents feel humiliated and insulted." As can be seen from the above, “The Soviet-era witch hunt” in the Baltic countries continues, and any incident is used by the authorities of these states to remind Russia of the “genocide” period. Attempts by the Lithuanian authorities to call the storming of Vilnius 13 television center in January 91 of the year “the genocide of the Lithuanian people” is at least not true. One simple fact that on 13 January 1991, the Lithuanian SSR, was part of the general Soviet state, and the actions of the Alpha fighters (who carried out the order) were actually aimed at preserving the integrity of this state, confirms the absurdity of the charges brought by the Lithuanian side. Also, do not forget that the intervention of special forces was required after the militants of the nationalist Lithuanian organization Sajudis opened fire on a peaceful crowd of citizens. Actually, this was what the Austrian authorities were guided by when they decided to release the Russian citizen. At the same time, modern Lithuanian politicians forget that during those riots by Lithuanian militants for the purpose of provocation, not a single resident of Vilnius was killed and wounded. However, for some reason, only Russian officers were declared criminals, who in fact defended the residents of Vilnius. As can be seen, the Lithuanian authorities learned the school of double standards policy on “Excellent”.

Recently it became known that the Lithuanian Foreign Ministry is going to appeal to NATO allies in order to “condemn violations of the law” by the Austrian side.

The events between Austria and their Lithuanian “NATO allies” proved that there are still states in Europe that actually comply with international law. And our diplomacy needs to tackle more questions of Russian citizens in the Baltic republics, until it is finally late ...
Ctrl Enter

We are in Yandex Zen
Riot day
14 comments
Information
Dear reader, to leave comments on the publication, you must to register.