“Alcoholic genocide unleashed in our country” 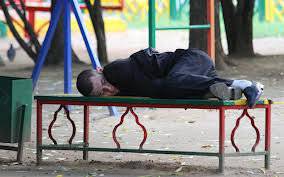 Any propaganda of "cultural drink" should be recognized as a state crime.

According to media reports, the deputies intend to toughen the punishment for the sale of counterfeit alcoholic beverages. Recently, the second increase in the minimum price for vodka was held this year, and the introduction of a lower price bar for wine is being prepared.

These measures motivate the struggle for a sober lifestyle, as well as the need to find additional sources of budget revenues. However, a number of experts note that price increases will only increase the consumption of surrogates, and the need to fight for sobriety by increasing the “drinking culture”.

For a comment, we turned to Vladimir Zhdanov, Chairman of the Union of Struggle for National Sobriety.

- The program of soldering our people, its destruction, was launched in the early 70-s. Yes, we have a fifth column of backstage forces, and the KGB and the Ministry of Internal Affairs did not focus on the fight against legalized drug addiction. They themselves did not understand all the danger. I once held a seminar in Kaliningrad, met with teachers and asked them the question: "Which of you leads a sober lifestyle?" Of the three hundred people, only one raised his hand. Then I asked which of the sober teachers were a father or mother. No one! So, these people had no choice. In fact, there were two ways in front of them: either become alcoholics, or “drink culturally”.

The idea of ​​"cultural drinking" is the ideological course of the alcoholic mafia. By the way, remember the movie "Carnival Night"? Before this film, there was no installation, that on New Year's Eve it is necessary to drink champagne. And then immediately appeared cards with images of champagne, a circle of glasses of champagne and went-gone.

The state budget began to set down on an alcoholic hook, to plug holes in the budget with alcohol income. However, in the end, such a policy is ruinous, because drunk people work worse, get sick more often, and there is less order in the country. Indirect losses many times exceed the income from the alcohol trade.

There was another factor. The price of alcohol in relative terms declined, welfare grew, and prices froze. If, under Stalin, vodka was expensive, and draconian laws were in force against home brewing, then after it, relief measures began.

The forces that solder our people were under the Soviet regime

Of course, they tried to fight alcoholism. In 1958, there was a decree of the Central Committee on the fight against drunkenness, and drunkenness is growing. The second decree in 1972 year, and drunkenness grows, then in 1978 and grows again. And in 1985, a sober lifestyle decree was issued, then alcohol consumption declined, but then it was raised, and with an overlap. So the forces that solder our people were under the Soviet regime. One can say that alcohol genocide has been unleashed in our country.

Pay attention to the slogan "drink culturally", "drink good wines" and so on. Who is it for? Alcoholics say it is meaningless. It is criminal for drunkards to talk about it. He will hear about the “good wine”, pour himself a glass or two, and after the fifth, take himself vodka and drink it. The one who is already drinking culturally does not need this slogan.

So who is this call for? For children. All this information is primarily intended for children. And I always say that any propaganda of "cultural drink" should be recognized as a state crime. Of course, there are people who do not understand what they are doing when they are leading this propaganda. There are many of them, but there are those who know everyone very well. They pay for it.

They say that you can push out vodka weak beer and wine. But we have increased sales of vodka on the background of the consumption of beer and wine. Children do not start drinking from vodka, but from a weak alcohol product. The weaker the alcoholic product, the more socially dangerous it is.

And finally, I recall the words of Academician Uglov. He said that there is not and can not be a single argument in favor of the abandonment of alcohol in our society.