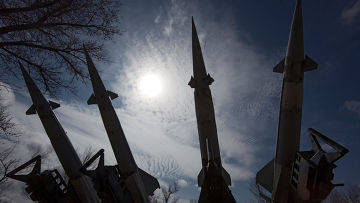 The West finally abandoned the idea of ​​creating a sectoral missile defense system with Russia, which was put forward last year by Russian President Dmitry Medvedev. As Kommersant found out, Moscow understood this after the visit of Russian Foreign Minister Sergei Lavrov to the United States and the Sochi meeting of President Medvedev with the leadership of NATO. Now, by May 2012, the Kremlin hopes to either agree with the alliance on creating a joint system in a different format, or at least receive assurances that the European missile defense system will not be directed against Russia. However, according to the interlocutors of "Kommersant" of NATO, the chances of obtaining these guarantees are extremely small.


The fact that Russia put forward the idea of ​​creating a joint sectoral missile defense system with NATO was rejected, said a high-ranking source in the Russian delegation at the talks, answering the question from Kommersant. "The idea of ​​sectoral missile defense is no longer being discussed," he said. According to him, now Moscow expects to decide on future plans for missile defense by May 2012, when the NATO summit will be held in Chicago. "From a political point of view, we must decide on the Chicago summit. If we go there," the diplomat said.

The fact that the idea of ​​sectoral missile defense is no longer on the agenda of negotiations with Russia confirmed a source at NATO headquarters to Kommersant. “We have long told Moscow that we are not ready to create a sectoral missile defense system. The Alliance cannot outsource the security of its members to an external player,” he says. According to the Kommersant source, this position was firmly represented on July 4 during Dmitry Medvedev’s meeting in Sochi with the NATO leadership, as well as this week during the visit of Russian Foreign Minister Sergei Lavrov to Washington.

The idea of ​​sectoral missile defense was first put forward by Dmitry Medvedev in November last year at the NATO Lisbon summit. According to "Kommersant", this concept was proposed by the Ministry of Defense of the Russian Federation. Its essence was to ensure that Russia assumed obligations to shoot down any missiles flying through its territory towards NATO member countries, and the alliance in response guaranteed the destruction of missiles launched at Russian facilities flying through NATO’s area of ​​responsibility. In addition, the sectoral approach implied that Russia and NATO would not place missile defense facilities on the contact line of their borders and direct them against each other.

According to the special representative of the Russian president on the missile defense issue, Dmitry Rogozin, the West has so far rejected only the initial plan of the sectoral approach. “Only the very first idea that we came out last fall was rejected,” he said to “Kommersant.” “Then it was a question of creating four sectors of anti-missile responsibility in Europe. Russia would take the eastern direction, the US - the southern, Germany - northern, and France - western. " Objections, according to Mr. Rogozin, began to sound already in winter: "The Balts shouted that this was a new Molotov-Ribbentrop Pact. The United States doubted that the Germans and the French, who did not have the necessary technologies, could give the sector. We also had opponents of this approach. From the very beginning, Russia recognized the threat only from the southern direction, and there would be a problem here - it would turn out that there are threats from the east too. " As a result, according to the Permanent Representative of the Russian Federation, not the whole sectoral approach is rejected, but only one of its versions. “The President did not go into details from the very beginning; at the Lisbon summit he did not overly clarify this formula. We started a more detailed analysis in January, so we still have a supply of suggestions,” he says.

According to Dmitry Rogozin, Russia now offers NATO two options for the development of events. The first of these is the creation of a deeply integrated missile defense system with a data exchange center and a unified management system built on the basis of a common analysis of missile threats. “Then we would stand back to back and cover each other. It was about this in Lisbon, and only then did the NATO members give their brakes - skeptics toward Russia squealed in Europe, and the opposition in the US sharply increased in the Congress,” says Dmitry Rogozin. Meanwhile, now in conversations with Kommersant, Russian diplomats admit that the chances of reaching an agreement with NATO until the spring of 2012 in the framework of such an optimistic scenario are minimal.

The second option involves the creation by Russia and NATO of independent missile defense systems. At the same time, Moscow and Brussels will have to give assurances that their systems are not directed against each other. “NATO members can then do whatever they want, place any funds. The main thing is that the coverage area of ​​their system does not crawl onto our territory and water area, and we will not crawl onto their area of ​​responsibility,” says Dmitry Rogozin. “This option does not involve integration but at least it blocks the negative consequences of the deployment of the European missile defense system. "

The guarantees, in Moscow’s opinion, should be a special agreement in which the technical characteristics of the strategic defensive arms of the two countries would be described in detail, including the radar and missile deployment zone, the number of interceptors and their speed (Kommersant wrote about Russia's proposals on such a document 6 June ).

If this option is rejected, Moscow is preparing a military technical response. "We will deploy a missile group on the western borders and target our missiles at European missile defense facilities," says Dmitry Rogozin. To substantiate this, Russia is even ready to withdraw from the START treaty (see Kommersant of July on 4). “Such an answer will be given in any case if the mug of this anti-Russian technology creeps in, if we are tried to deprive the most precious thing that a Russian person has — our nuclear shield,” the Russian president’s special envoy threatens.

In the meantime, Moscow hopes to convince NATO to accept one of two positive options. “We will negotiate until President Medvedev’s initiative is rejected. Diplomacy has time until May 2012, and right after that we will need to determine our strategic response,” says Dmitry Rogozin. According to him, on Wednesday he will go to Washington with Deputy Foreign Minister Sergey Ryabkov, and on July 29 will present a report on the results of negotiations at a meeting of the Russian Security Council.

True, the sources of "Kommersant" in NATO are looking at the prospect of accepting the option that suits Russia very skeptically. "We are ready to cooperate, but now we should talk first of all about data exchange. We will not have time to agree on an extensive agreement in a couple of months," says a NATO diplomat. Another source of “Kommersant” indicates that even with the receipt of political guarantees, a problem may arise because of the tough opposition to this idea from a number of NATO members. “You shouldn’t speak in the language of threats. In Lisbon, we agreed that we want to work together. So let's do it and not measure the size of the arsenals,” he concludes.

We are in Yandex Zen
A great interview with Sergey Lavrov: about Ukraine, Obama and Iran
What you didn't want to know about England
7 comments
Information
Dear reader, to leave comments on the publication, you must to register.